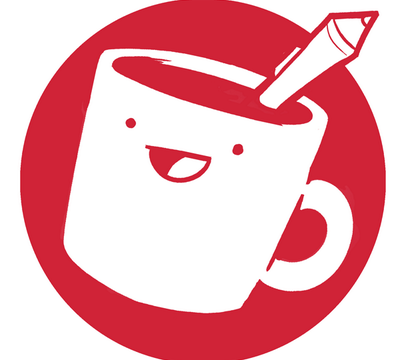 Drawfee is one of my favorite YouTube channels that I have subscribed to. Every Drawfee episode basically has the same intro but tweaked in some different ways. The typical greeting is “Welcome to Drawfee where we take your dumb ideas and make even dumber drawings.” Drawfee is a comedic YouTube channel that draws out topics, comics, parodies, etc. It does more than just draw speedart like other drawing types of YouTube channels.

Drawfee is typically made up of 3 main hosts per episode. Sometimes it’s more people and sometimes it’s less. The hosts of the show are Nathan, and Caldwell. The other frequent hosts are Jacob, Julia (My favorite artist of the bunch), and Jake. The rest that appear on the show are guests.

Within Drawfee, Nathan and Caldwell have many types of shows. The shows that are featured on Drawfee are…

Morning Drawfee: The hosts of the episode will draw a few suggestions from the comment section on YouTube.

Knock-Offs: It’s just as it sounds, the members take pop culture and make knock-off versions. Some of the knock-off creations are Rick and Morty, Steven Universe, Adventure Time, and more.

Bad JRPG: The members take the troupes of JRPG’s and make them even worse.

Pokemon from Memory: Nathan, Caldwell, and Julia attempt to draw Pokemon from their memories. In Julia’s case however, she draws them from her imagination because she does not know much about Pokemon.

Draw Class: Where various hosts teach the audience how to draw based on the suggestions they get in the comments.

Drawga: This series is a choose-your-own-adventure type show where the artists draw a scene and the audience chooses what happens next. Later on the show changed to a DnD style of playing.

Drawfee Break: Members of Drawfee will draw things from their imagination, play games, or spark rivalries. (This is also where they draw their own comics).

They have many more types of shows but these are the majority of the main ones.

Drawfee is a very helpful guide to artists, I’ve noticed that when I watch them my own art improves, but that’s not the only thing I like about them. They are a funny bunch and the shows they’ve created have made watching artist draw, a more fun experience. My favorite series from Drawfee is Morning Drawfee, Drawfee Break, and Draw Pokemon From Memory. I like some of the others but these are the most significant.

Some of the Drawfee Break series includes the artists making their own comics. One artist will start the image, then the torch passes to the next artist. They each interpret the drawing and continue to form some storyline within three panels. Some take dark turns but others not so much. But even with the dark turns in the drawings they find a way to joke about it without making the drawing overly serious and not fun anymore.

Here are some of the Drawfee episodes where they make a three paneled comic (or more panels, it depends on how many artists are there):

Draw Pokemon from memory is another one of my favorites because of how much they change a pokemon’s original looks. Sometimes they do it right but other times they talk and get ideas to make an even worse version. Below is an image of some of their creations and under that image is a video clip from my favorite episode of the series.

Now the ending is here, and Drawfee always ends their episodes with “This has been Drawfee and as always we are very sorry.” They do this to apologize for the mess they create within the episodes because they know exactly what they had done. So in their tradition I too will end my post in the same fashion as them.

This has been Nina Bowen and I am very sorry.