Babymouse has always been a favorite childhood comic of mine. I first started reading it in the fifth grade when I came across it in my school’s library. The story follows a sassy little mouse girl named Babymouse, whom of which gets stuck in her daydreams, which ends up getting herself in trouble at school. For the average reader, it may just look like a silly children’s comic that just shows a child with creative imagination, but for those of us that have mental disorders (otherwise known is being Neurodivergent (ND)), it is clear that Babymouse is repsenetative of having a mental disorder.

Many people who were misdiagnosed young, or hadn’t been diagnosed at all, more than likely got told that they have a “vivid imagination”. These “vivid imaginations” tend to be quite disruptive for many ND individuals, causing them to completely zone out. This kind of mental disruption can heavily effect a persons grades, social life, motivation, and one’s own health. This symptom can be seen in disorders such as Attention Deficit Disorder (ADD), Attention Hyperactivity Deficit Disorder (ADHD), Obsessive Compulsive Disorder (OCD), and Autism Spectrum Disorder (ASD). This symptom is known as Maladaptive Daydreaming. Maladaptive Daydreaming is where a person daydreams excessively, sometimes for hours at a time. People who do this tend to “lose themselves” in extremely vivid and detailed daydreams. It’s not involuntary, however, as the person can control it and stop it. Maladaptive Daydreamers know that they are daydreaming when it happens and are aware that what they’re imagining is not real. This is why it is not Schizophrenia. Maladaptive Daydreaming is still quite difficult to stop, even though it is possible. With proper help and guidance, Maladaptive Daydreaming can be coped with better. 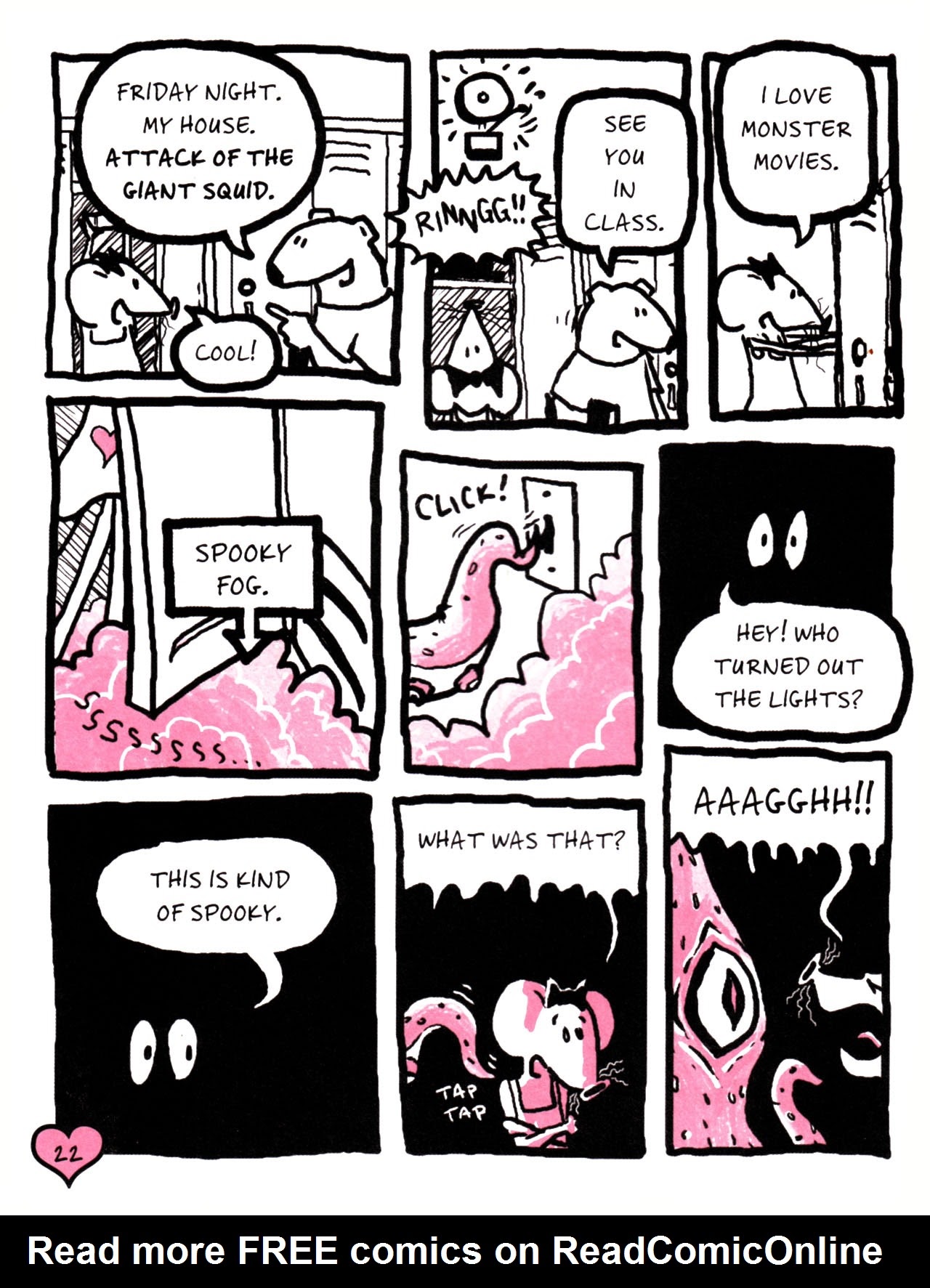 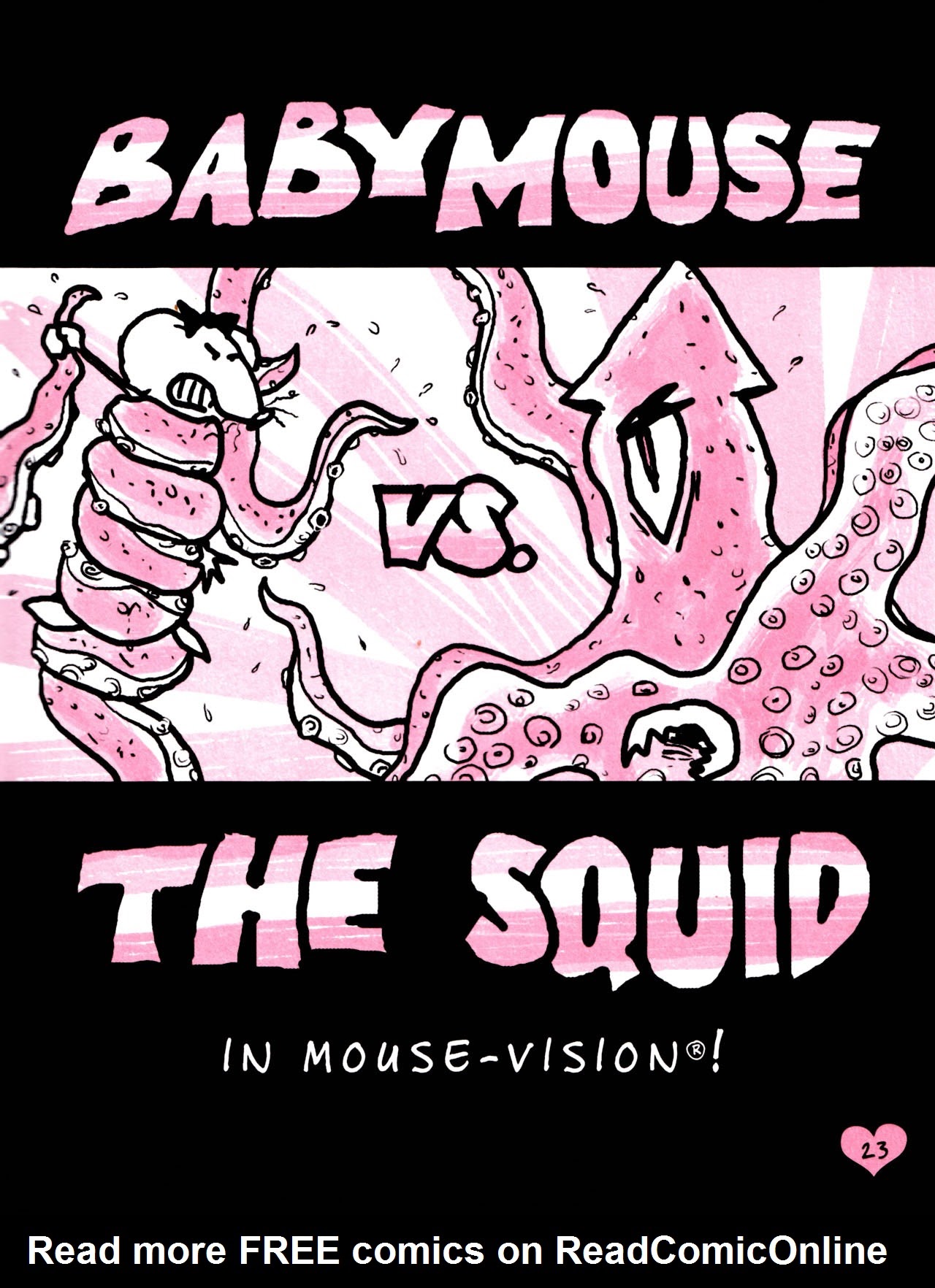 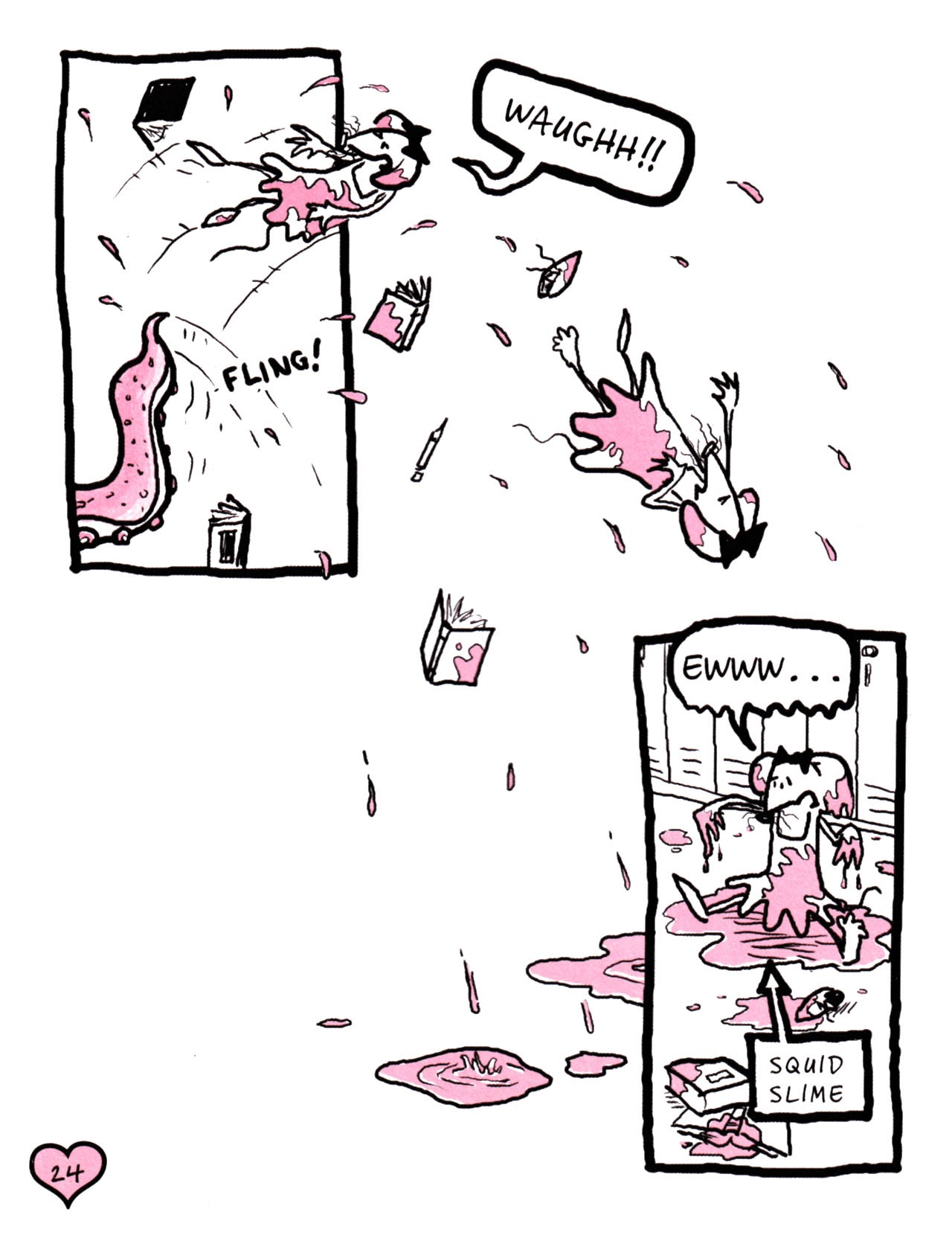 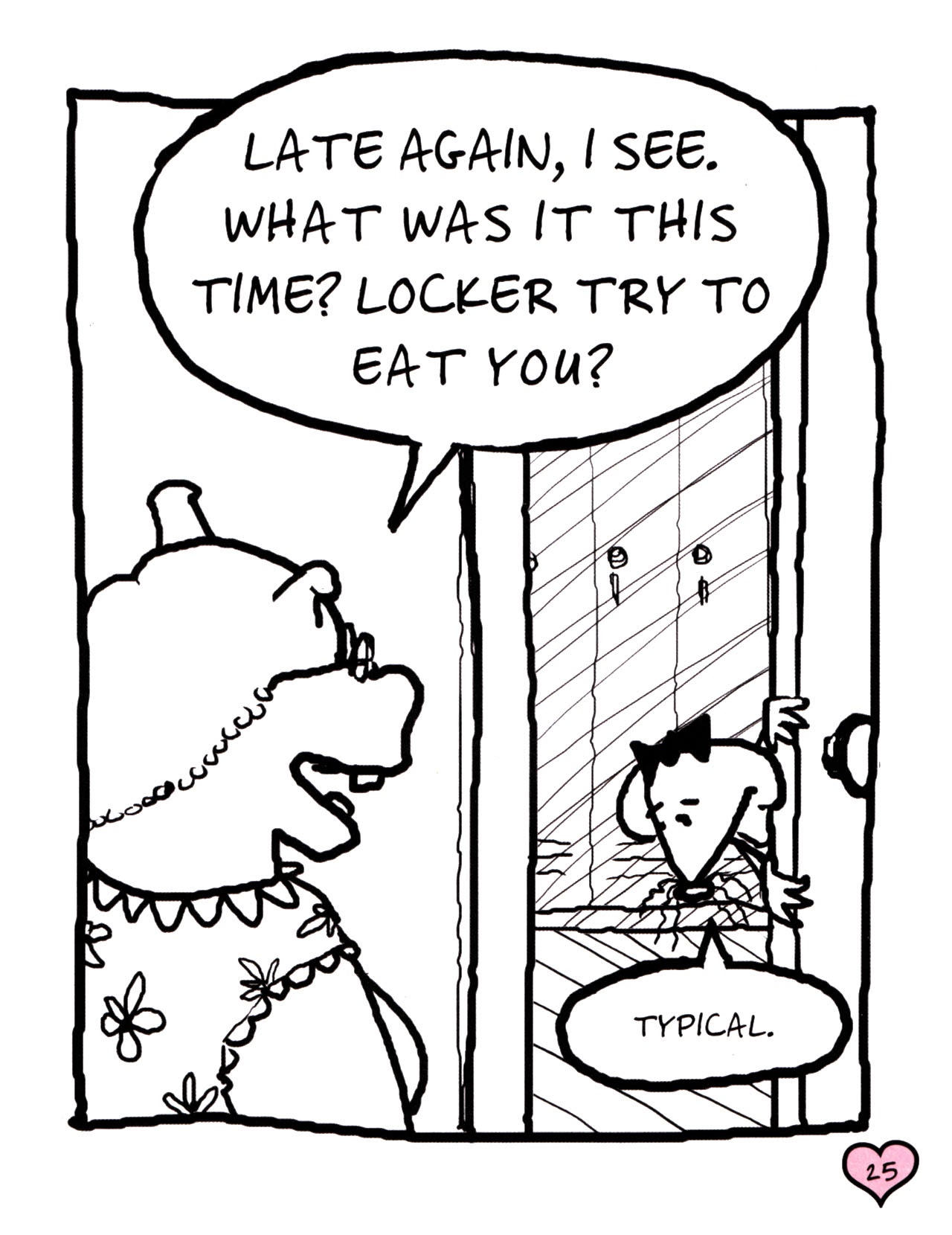 Now, how does this tie into Babymouse? Well, Babymouse throughout the entire comic finds herself going in and out of imaginative scenarios. In the images shown above that have been taken from the comic, everything is normal at first. Nothing is out of the ordinary until she opens her locker and suddenly out of nowhere there’s a giant monster squid in her locker. Babymouse is eventually spit out by the squid monster and ends up late to her class, to which then the teacher teases her for it. While the book never outright diagnoses her with anything or has any scene involving her daydreaming being an issue, it is clear she has Maladaptive Daydreaming disorder.

I think the comic book does a good job at exploring this idea and turning it into a children’s comic. While that may not have been the main goal of this comic, one can still interpret it that way. It is an unintentional form of positive representation for ND, and can helps kids ND to feel seen and appreciated for their more imaginative side.