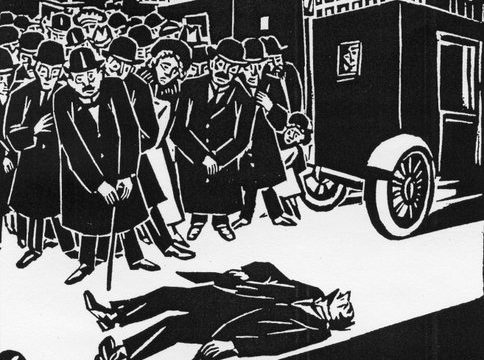 Prior to taking this class, I had very little experience with graphic novels. I grew up reading silly comics such as Garfield, or Calvin and Hobbes, but I never read any “serious” comics or graphic novels.

From what we have read so far in this class, I can definitely say (in a good way) that it was not what I was expecting. I suppose that I didn’t realize before reading some of the content that we have discussed that graphic novels could have such intense themes throughout them. I took this class to push myself past my comfort zone, since I am not used to reading novels in this specific type of form. I have found that there is much more depth to graphic novels than I had originally thought.

“Die Stadt,” for example, really struck me. Before this class, I hadn’t really thought about the idea of telling a story solely through images. While some parts were a bit difficult to interpret, I think that is what ultimately made the story as strong as it was. There are some extremely strong themes throughout that graphic novel, and I do not think they necessarily need any content to go along with them – the content is found within the images, and it tells an intense, unsettling story that I do not believe would have the same effect if a narration had been explicitly spelled out. 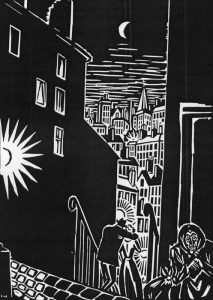 “Die Stadt” deals with heavy themes, such as murder, death, rape, class structure, poverty, suicide, and more. While it was certainly an emotional read, it was interesting to see how all of these themes could be brought out through images alone, especially when juxtaposed between happy images. It made the story even stronger and more intense.

“A Contract With God” also had some dark themes throughout it, a big one being a questioning of religion after God “disobeys” Frimme Hersh’s contract by allowing his daughter to die. This is a recurring theme throughout the story as Frimme disbands himself from his contract, goes against everything he had originally believed in, and decides to make a brand new contract. This is ultimately “resolved” at the end with God’s wrath and an assumption that he caused Frimme’s heart attack that led to his death. The story ends full-circle with another child finding the contract, and everything starting anew – although it can be inferred that he may follow a similar fate as Frimme did. 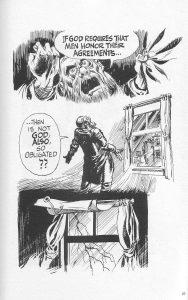 Even the first text we read, “The Adventures of Obadiah Oldbuck” had dark themes interspersed throughout it. While at its base it was a comedy, it also dealt with themes such as suicide, murder, imprisonment, and hints at kidnapping. 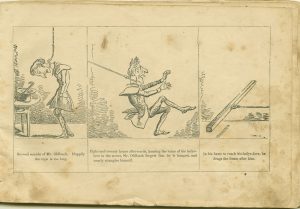 I think it is interesting to see the more serious side of graphic novels, as the only experience I had with graphic novels before reading these texts were ones which were solely meant for laughs and light entertainment. I am excited to explore graphic novels more throughout this class and to learn more about the different types of themes and ideas that they may depict throughout them.