I have gone to conventions since my freshman year of high school. My first anime convention was actually at Rust Library up in Loudoun County. It was a small convention where we got to make candy sushi, played games, had a cosplay and artwork contest, and had a manga swap where we could take as many manga, Japanese comics, as we had brought. I have gone to this convention several times and have won some prizes both from the cosplay contest and trivia games. 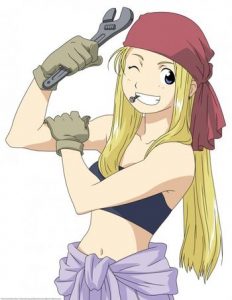 My freshman year of high school, I went with my school’s anime club to AnimeUSA at a hotel across from the zoo in Washington D.C. This convention is one of the smaller ones and I found it easy to manage. If I remember right, this was the year I attempted to cosplay Winry Rockbell from Fullmetal Alchemist. I had on a black tank top, gray sweat pants, a gray sweatshirt tied around my waist, and a piece of red fabric around my head. The picture of Winry above shows how her outfit looks and you can guess how mine was cheaper, more conservative, and also did not really capture the character. The link below it is where I got the picture from. I got to get autographs from voice actors, the individuals that do the voices for cartoons and video games. I also bought several items from the artist alley and dealers room/ merchants hall. Artist alley is used for items of sale created by individuals such as fanart or crocheted plush characters while the merchants hall or dealers room, depending on what the convention calls it, sells mass produced fandom items.

Following this convention, I attended my first convention at the Gaylord hotel down in National Harbor. This convention was bigger and the setup can be hard to follow at times. I have continued to go to these conventions when they are held each year except for this past year when I attended Nekocon instead of AnimeUSA as the later had been moved to December during the reading week for final exams. I recently discovered that it has been moved back to October, likely because the move created a smaller turnout.

This past month, I attended Katsucon once again and had a wonderful time. However, I think anything could beat being forced outside in the cold back in 2016 when a small electrical fire occurred. They had to evacuate the entire building then. My mom and I luckily had all day parking that allowed us to leave so we went down to the military base and had lunch. I felt bad that other people were not as lucky to be able to go somewhere warmer. When we got back inside after people had spent an hour in the cold, I noticed several costumes that were not appropriate for the weather, such as two girls in line for the merchants hall that wore only a pair of white bikinis.

At this year’s Katsucon, I got several keychains, bought a mystery box where the contents were unknown except that the shirt was my size, and won a free cosplay magazine. While I could have bought more, I instead gathered the business cards or took pictures of the internet ids of the artists I liked. While at the convention, I also attended panels, cosplayed, and got a high five from Chewbacca. It was all enjoyable; however, going to a convention involves a large amount of planning. Here is the main purpose of this article: how to plan for attending a convention. Most of this is general information for if you are either staying at a hotel nearby or if you are simply going for the day while staying at your house.

Firstly, if you do plan to cosplay, pack an extra cosplay or two as well as a pair of regular clothing that may involve a dress or shirt from a fandom you like. Sometimes not all plans will work out. When I went to Nekocon in November, I found that the security tag on one of my cosplay items had not been removed and I had not realized it until I was already at the convention. Luckily, I had a Harry Potter dress I was able to wear instead. Sometimes props may be lost or broken, clothing may get dirty, or you may just not feel up to getting dressed up on the last day of the convention. Having a backup or regular clothing that still shows your pride for your fandom can be useful.

Secondly, always pack food. Most places where conventions are held have parking garages so you will not want to leave and have to pay again to park. The restaurants around the area will also be packed as everyone else at the convention is searching for food. Finally, you may pack your schedule back to back with photo shoots, autographs, and panels so there will be no time to go out for food. Pack simple things that can be put in your bag such as small chip bags, pocky, sandwiches, lunchables, fruit snacks, and water bottles. You can snack on them while you wait in line for the things you have planned and they do not take a long time to eat. Also, pack a bottle or two of soda. The caffeine will help in keeping you up and moving after you stay up late for a panel or even if you only go to the convention during the day.

Thirdly, wear good shoes. Don’t try to break in that new pair of heels for your cosplay that day. Always pack a pair of sneakers or even slippers to change into because your feet will hate you after you end up walking and standing around all day. If your character has no shoes, you must still wear shoes. Here is a link on how to make invisible shoes. Security may still question you though about if you are wearing shoes as these invisible shoes can make it hard to tell.

Fourthly, if you can move to the side to take a picture, do so. Conventions are stuffed full of people and a sudden photoshoot in the middle of the walkway can block paths and bring traffic to a standstill. Try to move away if you are the one being photographed or taking the photo. Also, don’t pay for having your picture taken. While there will be professional photographers there, you should not be charged for the work you put into your outfit. If you want to attend one of the professional photo shooting centers that may be set up, go ahead but do not feel the need to get professional pictures done.

Also, read the schedule ahead of time and plan. The app Guidebook often has a downloadable book for each convention. These books include a map, information about operation hours, summaries about the guest, and the schedule, along with the ability to make your own schedule and set reminders for when to get to panels, photo shoots, and autograph events. Always plan in extra time for getting to places and for lines. Some voice actors are extremely popular and you may want to line up over an hour before they start to sign because the line will get long and the staff will cap it off.

Next, research parking. Sometimes a parking garage a block or two down will be ten dollars cheaper a day compared to the parking at the hotel or convention center where the convention is located. Some places may also have online parking where you can pay for the entire day and be able to come back and park again without repaying if you leave.

For number seven, bring a repair kit for your cosplay. This includes tape, scissors, buttons, a sewing kit, and glue. Sometimes there are people offering repairs at the convention but you might not be able to get to them right away.

If you plan to cosplay, try to research the character. Some designs may differ between the comic, cartoon, or movie. Also, some costumes may be easier to make than others. YouTube videos are a good way to learn how to make outfits and props. Magazines such as Cosplay Culture and Cosplay USA also offer some ideas for how to make different props.

Finally, save up your money and bring it in small bills. Not everyone will have change and venders and artists can easily run out of smaller bills to give change back. While most individuals are able to take credit cards, the internet reception is not always the best so do not try to rely on it.

Below are some images and videos from my recent trips to Katsucon and Nekocon. The picture of the tentacle kitties is actually for the person behind this blog post as he bought one while drinking at a convention. I can see why he liked them. The pink one smelled like cotton candy. All of the below photographs are images that I took at Katsucon 2018 or Nekocon 2017. If you are one of the cosplayers in the photos, feel free to comment on which one is you.

Also, bonus story, I watched as three guys dressed up as characters from Monty Python pushed around a cart while hitting it with a pole and shouting out, “Bring out your dead.” as they walked around. They ended up putting a Deadpool cosplayer in the cart and pushing him around as we all watched. 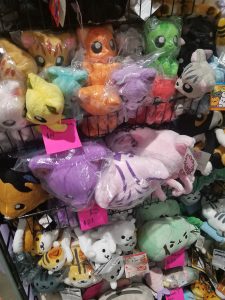 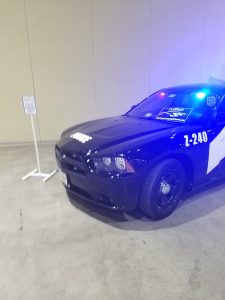 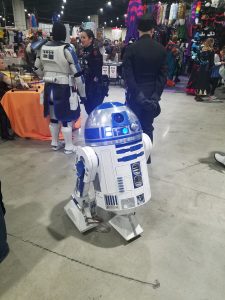 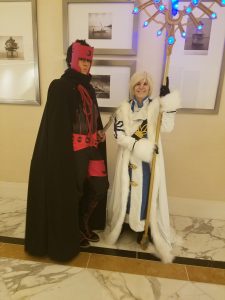 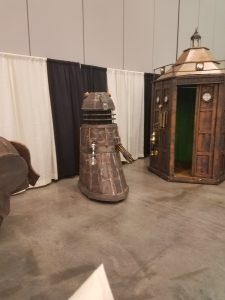 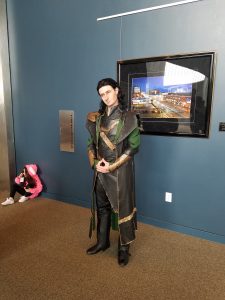 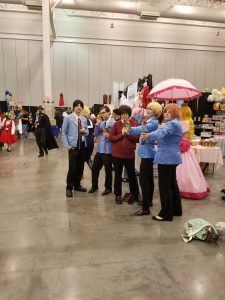 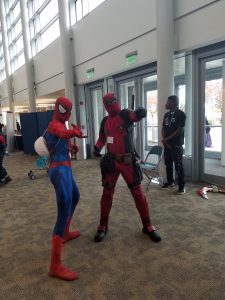 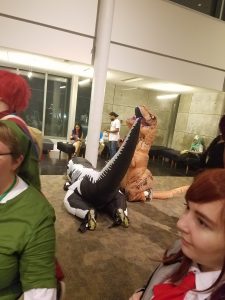 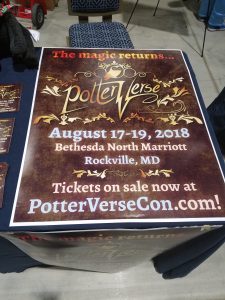 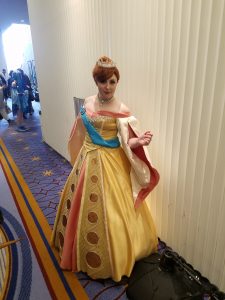 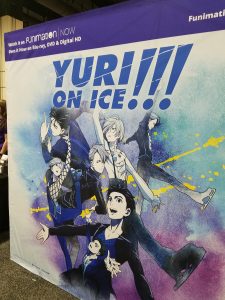 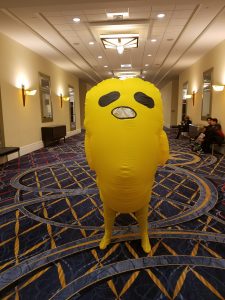 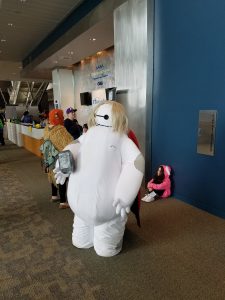