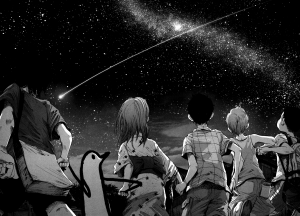 Manga/Comics/Graphic Novels have the tendencies to affect our lives in different ways. There are tendencies to reflect on one’s self. Emotion is a common thread in certain stories that revolve around life. You have two possibilities when it comes to emotional books to the extreme, happiness/feel good or terribly depressed. Sadly, with this particular comic I am talking about the severely depressing side of the pole. I have before us an amazing example, Oyasumi PunPun, or to translate: Goodnight PunPun.

The comic itself revolves around the entire life from childhood to adulthood of a boy named PunPun, and his life isn’t easy. The themes present in this story include: depression, suicide, homelessness, abuse, murder, and a lot more including a cult. The story sounds unbelievable, but can we really say it is?

Reading through this comic I related to PunPun on a few occasions, having a childhood snatched away, battling depression, living an empty life and thinking it all just leads to an eventual suicide. My original point though. Life itself can successfully be mirrored through comics, it isn’t always just a pure fantasy place, and it can show the truly ugly sides of life easily. 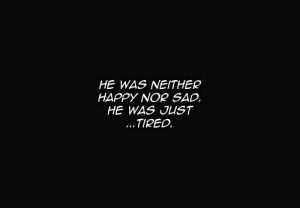 A representation of life through comics can be relatively hard to capture properly. Life is a constant mixed bag, worse for some than others. To capture that ugly side can be hard as it can come off as trying entirely too hard and makes no connection to the lives of other people. Sometimes the situation even seems a bit too impossible and thus fiction takes over. However, others remind us of the world and how cruel it can be gracefully, letting the relation to the character start first. 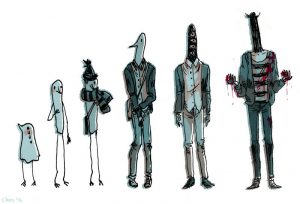 Oyasumi PunPun makes the reader submerge themselves into the story by showing him as an eleven year old first. Playing with friends, having a crush on a girl, normal things at first for a kid. Before it kicks off starting with what appeared to be an attempted murder of his mother by his father. It continues on with getting worse for PunPun as he battles the loss of childhood and depression, and overall just having a shit life.

To wrap up, life can be showcased through comics in a very realistic manner, even in an ugly way. Life can be terrible in comics, to show the life some people have to actually live. To those people who live it? Sometimes seeing someone else live the life you’ve gone through, is an odd comfort that can’t be described. 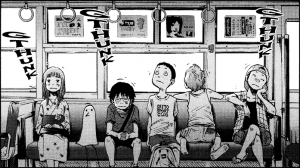 Finally, remember to look back on the good times, in life and in comics.

You can purchase the first book for Oyasumi PunPun on Amazon here.