In lieu of the popularity of Japanese manga, the need to expand their audience, and also to further a product line, book publishing companies are starting to adapt young adult novels into graphic novels.There is already a large economy based on the production of manga and anime, so some American publishers tried their hand at a similar concept. Although the original idea to adapt a novel into a graphic novel isn’t new, it can be seen as a way to transition readers from picture and comic books to full text books. Also, publishing companies seem to want to expand a series product line, as the major texts discussed here are already well-established series.

Rick Riordan is a popular writer within the middle grade genre with his many series, such as: Percy Jackson, 39 Clues, Heroes of Olympus, and more. One series that has been adapted into a graphic novel is the Kane Chronicles. The series focuses on children who encounter adventures involving Egyptian mythology. Being such a prominent author in this genre, Disney publishing created the graphic novel series in 2010. Like the Diary of a Wimpy Kid or Dork Diaries, these books are a good transition for growing readers who like comic-style texts. 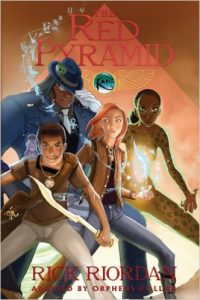 The Shadowhunters by Cassandra Clare have an extensive universe that reaches not just books, but have a movie and television series too. Besides the primary series, The Infernal Devices have earned enough popularity to become a graphic novel in 2012. This media form may be due to the fact that there is no option currently for the series to become a movie or incorporated with the current T.V. show. Perhaps it was the author’s idea to form the novels into a graphic way to better represent the characters. 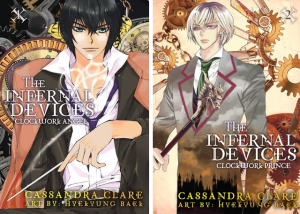 Marie Lu’s Legend series became a graphic novel in 2015, not long after the all-text novels were finalized and published. Even though both versions tell the same story, the graphic novel edition must keep a more constant pace than the original novel form. These stories incorporate more action scenes which would be easier to describe through pictures than text. Since the artists are able to incorporate full color background and detail of the scenes and characters, there is less need to describe the scenes and instead, could focus on the speech and the plot through action. 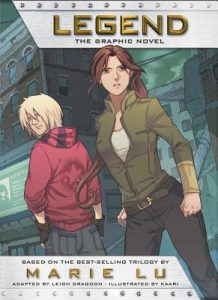 Adapting these books into graphic novels may be a risk for some publishers, and that is probably why we don’t see more of these books in stores. The amount of time to draw and create these books into a new media may take longer in some cases than to publish an all-text book. From personal experience, the graphic novels are hard to find even in big book stores. These graphic novel adaptations may have a better chance existing through ebooks than print due to the high cost of printing materials. Whether or not the adaptions grow to be more mainstream or fade away, there will always be a few novels out there that young and older readers have to experience them.