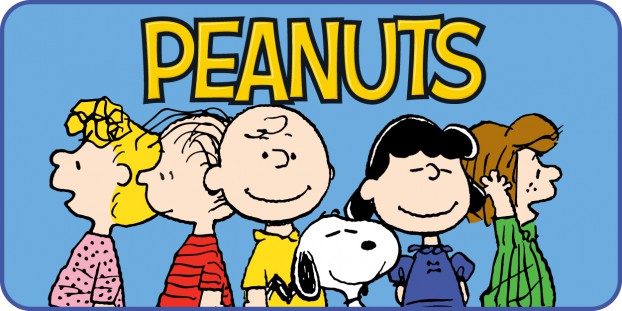 For my blog, I wanted to concentrate on a comic that was a little more fun, specifically The Peanuts. This comic started in October of 1950 until February of 2000. Over the years, the Peanuts Comic has developed in different ways including the drawing technique and even the humor. Some themes in the comic The Peanuts include: Snoopy’s doghouse, Linus’ blanket, and humor. We are going to look at the Peanuts Comic from different decades and the different drawing techniques, how they’ve enhanced as we go along, as well as the themes that occur throughout.

The Peanut comic above is from 1950. Here you can see that this was one of the first Charlie Brown’s created and you can simply see the by his head, as he looks nothing like how he is today. Humor is also shown in this article, which is something I did not expect, specifically in the last frame where Charlie Brown reveals that they are just going to sleep. The speech bubble was used in 1950 and at this point in time, Snoopy had no sound effects or anything of the sort just yet.

Next, you can see a comic that is from 1960. In this decade, you can see that the writer took a little break from the speech bubbles and focused on the frame-by-frame reactions between the characters. Humor is also displayed in this comic by doing a serious of pictures and then having a punch line at the end. As you can see, Charlie brown’s appearance has transformed significantly and his signature shirt has now made an appearance. That also goes for Snoopy as well, he has changed from the last decade and looks more modern.

More themes can be seen in the above comic from 1970. In this time period, you can see that onomatopoeia’s are starting to be used. You can see this by looking at Woodstock falling off of the doghouse. Speech bubbles are also coming back form the1950’s comics. Also, the famous last frame punch line is making a comeback. In this specific comic strip, an example of a theme that can be seen in this comic and many others is Snoopy’s doghouse. Throughout the comics to come, it becomes iconic, as it is an allusion of a fantasy. The reason it becomes a symbol of a fantasy is because we never get to see the inside. The artist leaves it up to the reader to make his or her own conclusions.

A comic from 1980 shows that speech bubbles are back in and he also combined them with onomatopoeia’s. Per usual, humor is displayed, however, it wasn’t in just the last frame this time, but rather the third and the last frame instead. A lot of props in the background are more introduced in this decade as well as the new design of speech bubbles. The bubbles all start to connect to the top line of each frame and help the image look as if it was zoomed in. In this specific comic, the theme of humor is displayed directly from Snoopy. Snoopy looks at Peppermint Patty and jumps because of her new hairstyle. Throughout this comic, and even Peanut comics today, you can find humor of some sort.

This comic from 1990 continues with the speech bubble style that appeared in 1980. Something unique about this specific comic strip is the content. Lucy is making fun of Linus for still having his blanket and I think this says a lot about the time period era. I think that this is when social norms and bullying is really expressed and really made an impact and this comic gives a perfect example of it. In this comic Linus’ blanket can be seen, which is another example of a theme that occurs throughout the years. The blanket is used as a sense of security for Linus and it can also take on many shapes and aid Linus in his tasks.

The last comic that shows an obvious theme is from 2000. Finally, as you can see by 2000, the Peanuts became available in color and the comics consisted of more frames rather than just three or four. The speech bubble style continues and the style of the characters change a little more. That seems to be the trend as these comics progress.

Over the years, you can see how the Peanuts changed from the drawing of the different characters and uses of Humor. Something that I noticed was that the writer seemed as if he was experimenting through the decades to see what worked and what didn’t work (i.e., the speech bubbles). I thought that it was really nice to see how the characters developed through the years as well, including Charlie Brown going from having a huge head to having a normal sized head.

Lastly, here is a link to learn more about the creator of Peanuts and how it came to be about.