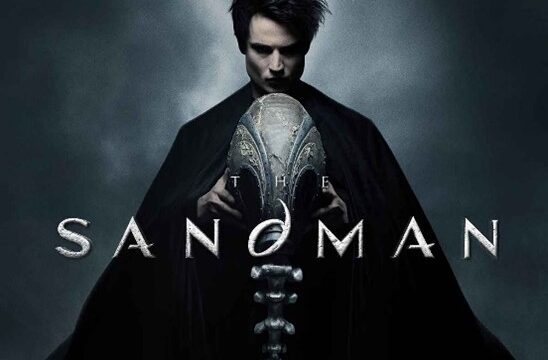 Spoilers ahead for the DC comic and Netflix show

Translating a comic from its pages to the screen is no easy feat. Especially when the comic being adapted comes from the complex mind of Neil Gaiman. Despite that difficulty, the countless people who worked on the Netflix series “The Sandman” were able to relay some truly iconic moments with uncanny accuracy.

In the first episode “Sleep of the Just,” Dream (aka The Sandman, King of the Dreaming, Morpheus) is captured by Roderick Burges. An occultist leader who practices dark magic and wishes to imprison Dream’s sister, Death. This is also the premise of the comic’s first issue, going by the same title. In order to capture Dream, Burges and his followers had to acquire and give certain items like a coin, a feather, and drops of blood. After this, Burges and the occult members begin to chant, summing Dream. He falls into a magic circle created to capture whoever is inside it, leaving his cloak sprawled out, his amulet loose around his neck, and his pouch of sand falling out of his hand. This iconic shot is replicated beautifully in the Netflix series, containing nearly all the elements of the original drawing, even positioning the actor in the same way as the comic book character.

Towards the end of episode one and volume one, Dream is able to escape from his captures and return to the world of the Dreaming. His exit is thanks to a small break in the magic circle, caused by Roderick Burges’s son, Alex. The small mess-up in the circle is all Dream needs to gain access to his powers once again and travel through others’ dreams to help him escape. After traveling to a dream of someone relaxing on the beach, he snatches a handful of sand and uses it in the waking world to knock out the guards watching him. Once this is done he uses his powers to leave through what can be described as a cloudy wormhole. The only key difference in this scene from the comic to the show is how Dream is able to exit the glass ball he’s held in within the magic circle. But that’s a minor detail. As for the shot of him leaving the waking world and rejoining the dreaming, that is uncannily close to the comic book art that took up nearly the entire page.

A Visit to Lucifer

In episode four, “A Hope in Hell,” and The Sandman comic #4, going by the same name, Dream travels to Hell in order to retrieve his lost amulet. The walk from the entrance to Hell to Lucifer’s castle is long, dark, and winding. Dream is led by the demon, Etrigan, down this path, going through many of the same motions as the comic. Passing through prison cells and holding conversations that are taken almost word for word from the pages. The image of Lucifer’s palace is extremely detailed and beautifully drawn, but not all of it was, or possibly could be, transferred to the screen (for example the creepy, oversized baby heads by the bridge). Despite these differences, the center focus of the gold star on the large castle door shines just like the comic, with the same jagged path acting as a leading line that the eye follows right up to the palace. This shot may not be as close as others, but the feeling and core elements are undoubtedly still there.

In episode five of the show and The Sandman #7, titled “24/7” and “Sound and Fury” respectively, Dream finds one of the villains of the story named John Dee. He is the current owner of Dream’s ruby, one of the tools stolen from him upon his capture back in the very beginning of the tv series and comic. Here, John Dee has destroyed the ruby believing that doing so would kill Dream, but instead, it restored a great deal of his powers, allowing him to make himself extraordinarily large and hold John Dee in the palm of his hand. In the show, we see Dream’s hand and from his shoulders to the top of his head, and in the comic he is drawn so large that the top of his head and a majority of his legs are cut off, leaving the reader to visualize them extending off the page. The two are extremely similar and do an outstanding job of showing the mass scale of Dream and giving the viewer, or reading, a sense of just how powerful Dream is.

The people who worked alongside Gaiman put in an enormous amount of time and effort to make not only these scenes but the entire tv series, just as amazing as the original comic, if not more so. I applaud and thank everyone who worked on translating this comic from the page to the screen.

You can find more side-by-side moments on The Sandman Official Instagram page.