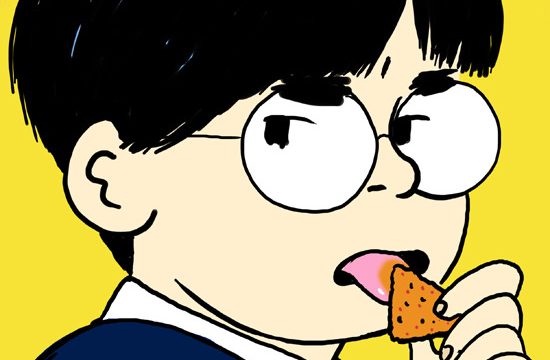 There’s something to be said about being a teenager: lost in the growing existentialism of who you are and what you will eventually become; thousands of books, television shows, and movies strive to encapsulate that muddied in between of not quite being an adult but definitely no longer a child. For most media, the parties, sex, and drug usage (I’m looking at you Euphoria) attempt to represent the ~real teenage experience~. But, in my opinion, none of them really capture it. The characters seem to be way more mature and older than they actually are or just self obsessed idiots and I feel a distance between reality and fiction that I could never relate. But Jillian Tamaki gets it.

The webcomic began sometime in 2008 initially as a sort of illustrative diary for Tamaki who was just coming off of finishing her first graphic novel Skim with her cousin, Mariko Tamaki. The students range from those with mutations like an anthropomorphic lizard to those with magical powers. My personal favorites being Francine, an avant garde artist both wise beyond her years and also ridiculous in her performance pieces; and The Everlasting Boy who, as his name suggests, cannot die and experiences the world with a sort of blank apathy. What Tamaki excels at and what I really love of this work, is her ability to convey the duality of her teen characters. They can make these profound statements about love and life while immediately reminding the reader that they are teens, that they are self obsessed and individualistic. In an interview with The Comics Journal, Tamaki explains her fascination with portraying the teen experience: “You’re making discoveries that are mind-blowing to you that everyone who is an adult knows, but it doesn’t matter because you’re discovering things for the first time and therefore they are mind-blowing.” She doesn’t degrade her characters or place them on a moral high ground. They are in fact people trying to figure it out.

I remember the first time I came across the webcomic late in high school. Unlike most webcomics I was reading, Supermutant Magic Academy just hit a little differently. First, the comics are funny, like actually, while also being kind of melancholic. Still to this day I can reread the entries (or pull out my print copy) and find something in the text or illustrations that I felt but could not properly convey with words. For example, the entry above in which an unnamed character goes home, gets ready for bed then unzips her skin. The expressed feeling of becoming oneself, away from the public eye and settling into bed late at night also captures this idea of what we do to properly portray ourselves and who are true self is. A point that the aforementioned interview mentions is Tamaki’s interest in writing about the teenage girl experience. It wasn’t until reading the interview that I realized why I so heavily related to the webcomic. So much of media focuses on the dichotomy of women, typically represented in the Virgin vs. the Whore trope. Tamaki has her female characters contain multitudes. They think deeply about life (see the first comic posted above) while being teenage girls who are obsessed with boys and relationships (see the last comic posted). No one character strives to this moral high ground, of being the character that the audience looks and judges through. We see ourselves in many, whether it’s the words they say or the stunts they pull. We can both laugh with and laugh at all while relating to how they feel because at some point, we have felt similarly. So really, go read the webcomic.

1 thought on “We Are All Over-dramatic Jokes of Ourselves”