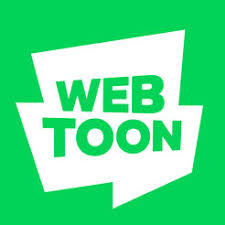 With technology advancing as quickly as it does, it’s hard for the world to keep up. Which begs the question: how do comics stay relevant in the digital age? In 2005 a corporation, named Naver Corporation, launched under the name of “Naver Webtoon” in Korea. As Webtoon began gaining traction in the late 2000s and early 2010s they worked to make it accessible globally. In 2014 the same corporation launched Line Webtoon, which was available to the entire world rather than just Korea. From there, the app took off, and has collaborated with multiple companies in order to improve itself. Webtoon categorizes their comics in 14 different genres, ranging from comedy to horror. Each creator sets when they choose to update their comic. Most comics update on a set schedule such as every Monday, Wednesday, and Saturday, but other comics update weekly or even daily. I will be exploring three different comics from Webtoon, and analyzing what makes them special to the app.

Cursed Princess Club is a comedy that is updated weekly on Webtoon. It’s been posting on Webtoon since February of 2019. The comic is about a princess named Gwedelyon, who lives happily with her father, the king, two sisters, and brother. Although she appears to look like a witch, she has been raised with just as much love as all of her siblings, and doesn’t believe there is anything wrong with her that would make her any different from the average princess. When the girls meet suitors from a neighboring kingdom, Gwen learns of her “otherness” for the first time. One night she accidentally stumbles upon a club of princesses who had all been cursed. They have formed “The Cursed Princess Club” as a therapy group of sorts, where they can all support one another, and help remind each other that despite their differences from the average princess, they are still princesses themselves. Cursed Princess Club is special in that it uses sound as a way to interact with their comic. This is a new feature to Webtoon, that allows readers to read and interpret comics in a whole new way. Cursed Princess Club is special to Webtoon in the fact that it updates weekly, but if you spend five coins you can get the next three episodes instantly. This benefits Webtoon’s revenue as typically the only way to get coins is to spend money.

Bluechair is a comedic comic that is updated every Wednesday, Thursday, and Saturday. It’s been posting on Webtoon since July of 2014. The comic gets its name from the fact that nearly every comic features a blue chair. The comic features the creator Shen living out his daily life. Sometimes he’s telling the reader a story, other times he’s personifying life as a character that interacts with him. Contrary to Cursed Princess Club, Bluechair does not have a storyline; each comic can stand alone, making it a “slice of life” comic. Shen’s comics are so popular, because he appeals to Millennial and Generation Z humor, making it relatable for the target audience. An example of one of these comics can be seen in the image above. Of all the comics on Webtoons, this one has seen the most success outside of the platform. Shen’s comics are often reposted by on all forms of social media sites, and have been the basis for some meme formats. This following that he has built outside of the app helps bring more people to the platform and boost Webtoon’s revenue.

Webtoon is free platform with a diverse amount of comics that can satisfy any comic lover. You can access Webtoon and make your own account with this link:  https://www.webtoons.com/en/