Over the last couple years it seems as though movies have more recently been focusing on the world of superheros. Such comic book companies as Marvel and DC have released titles that are beloved by dedicated comic book readers around the world. Titles such as The Avengers, Black Panther, and, Spider Man, have brought in thousands of movie watchers to witness a realm of unrealistic strength and power. Although comic book movie renditions have always been present in film throughout the ages, as fan culture continues to grow and the comic book world extends to new generations, the comic book stories of the 70’s and 80’s have gained a renewed popularity with many well known actors playing as these important characters. 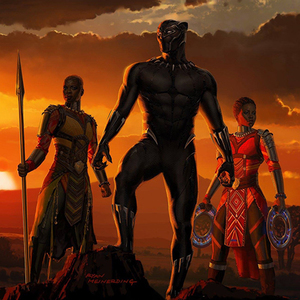 Even in the last couple weeks the comic book rendition Black Panther (2017), which was released in the U.S. on February 16, has made a gross sale profit of $700 million dollars globally. Which is a new high for the movie industry that involves comic book stories. Although, comic book based movies attract people that specifically read and love comic books, these movies also have the ability to bring in thousands of others who may have not even touched a comic book in their lives. Avengers: Age of Ultron (2015) also made a huge box office gain by making more than $1 billion dollars world wide. With the world of comic books, these movies are bringing in people to buy merchandise that will also lead many to read the original stories in the comic books themselves. These stories that involve the lives of superheros allows people of all ages to go beyond the realm of reality and to dream of a world where anything is possible, which is why this particular genre is so inciting to people. Superheros will never lose their appeal because their action packed plots, people always want adrenaline pumping stories to witness that they necessarily wouldn’t encounter realistically. This is why people care so much about superheros, it is a way to go beyond our normal day to day lives with something outside the box. 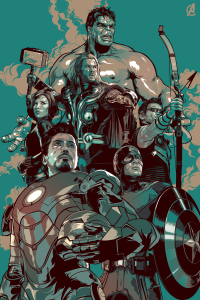