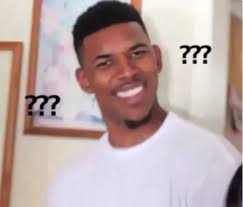 I’ve seen every single MCU movie except for Thor Ragnarok. I’ve seen Watchmen and I’ve seen the Dark Knight Trilogy and DC’s Justice League bundle of movies except for the titular Justice League. I’ve experienced almost every popular movie adaption so I’ve only got one question. Why do some movie adaptations of graphic novels/comics suck? Is it the source material? Is it the directors? Or is it something else entirely? I don’t expect to answer the question completely because something “sucking” is entirely subjective and different for every person so I hope to at least bring attention to a possible answer. In all honesty, this might just seem like me ranting but to each their own. To avoid being too complicated, I’m not going to go over every single movie adaptation. To make things more simple I’ll divide everything up into subjects. 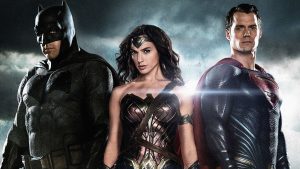 The movies I’m talking about are adaptations so, necessarily, they need to have been adapted from something. I wonder if the particular comic the movie or movie series is adapted from has anything to do with the success of the movie. Batman is an excellent example because it has spawned several TV shows and movies that are both animated and live action. The Dark Knight trilogy directed by Christopher Nolan has been pretty popular among fans (including myself). However, Ben Affleck’s Batman within Dawn of Justice and Justice League has been met with mixed opinions. That might be because the four year gap between The Dark Knight trilogy’s end and the new Batman in Dawn of Justice seems so short. So it might not have anything to do with the source material and just personal preference. And it might not be the source material at all that determines the success of a movie adaptation because the Justice League movies like Dawn of Justice and Justice League weren’t really panned well by critics and fans. Of course, we’re not including Man of Steel or Wonder Woman in the negativity. Granted, that could also relate to the directors of each of the movies. Zack Snyder directed Man of Steel and helped write the story of Wonder Woman which were two movies that were overall success. Though, he also directed Dawn of Justice which wasn’t as successful. He had to bow out of Justice League so I don’t count that one among his tallies. 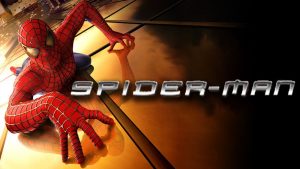 Spiderman is also a good example because it has just as many adaptations. Spider-man (2002) with Toby Maguire was pretty popular unless I’m remembering it with a nostalgia lens. Spider-man 2 was received well too but Spider-man 3 is the least memorable of the three. However, according to IMDB, the Amazing Spider-man movies weren’t received as well as the Tobey Maguire films. Spider-man: Homecoming on the other hand was panned well by both critics and fans. Though, that might also just be that odd MCU phenomenon where it’s required for most of the movies to be well received by fans. So, this may reiterate the possibility that the source material doesn’t determine how well an adaptation will be. 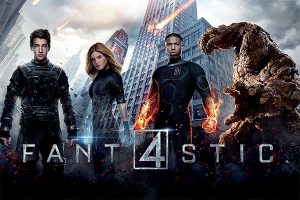 And now we come to Fantastic Four. It’s like it’s a running joke that every Fantastic Four movie will end up bad. This is where I think the source material does matter. This may just be my opinion but Fantastic Four just isn’t as interesting as Superman or Wonder Woman. Perhaps it can’t be done well because directors are grasping at straws when it comes to making these movies interesting. Both recent Fantastic Four movies were not well received by fans. The second one even decided to change up a bit of the source material in its adaptation but it still didn’t work well for it in the long run. So, in some instances the source material does affect the adaptation. However, it can also still be the director whom in the second one hadn’t done many movies compared to other directors. 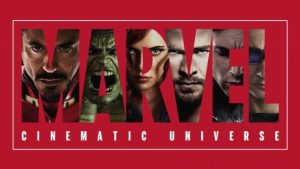 You can’t talk about comic to movie adaptations without talking about the Marvel Cinematic Universe. It is perhaps the most successful adaptation universe we’ve got at the moment. Something seems to work with these movies and it might be how interconnected they are or simply that they tackle their source material well enough for it to be received by fans successfully. It is not often that a bad movie spawns from the MCU. Though, they do exist. (I’m looking at you Iron Man 2). And I’m wondering if it’s because of fans hyping the movies up to a point where it is impossible to say that one of the movies is bad or if the MCU has managed to find that perfect balance between directors and source material that all other comic adaptations try to achieve.

So, I think it’s a hard question to answer. There’s just way too much going on to give a specific answer. Sometimes it’s a movie’s choice in director, sometimes it’s the source material, sometimes advertising, and sometimes it’s a combination of all of the above. Or sometimes you get the oddity that is the Marvel Cinematic Universe and they just make things work. I think at the end of the day it really just depends on a combination on each of these things because sometimes with the same source material you’ll get something as successful as the Dark Knight trilogy and something not as successful like Batman v. Superman: Dawn of Justice. And, granted, I did only talk about a few adaptations so take my words with a grain of salt.