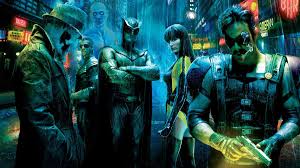 One of the hardest things to do is successfully adapt a novel or comic book into a film. The process involves far more than simply taking what is on the pages in front of you and putting it on to a screen. Translation from text to visuals is a very delicate procedure, and if not handled carefully, can result in an uneven, awkward, or sometimes even botched finished work. Nowhere is this more apparent than in Zack Snyder’s 2009 adaptation of the comic book classic Watchmen. 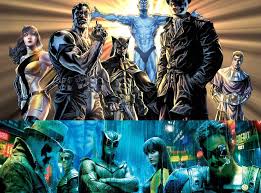 The first thing I want to make clear hear is that the Watchmen movie is not a bad film. Thanks to director Zack Snyder, what we ultimately have here is a pretty good action movie with some incredibly impressive visuals and camera work. Now, normally this is where the conversation would end, and this film would be just remembered as another decent superhero movie. But where this film’s infamous reputation comes from is the fact that it is an adaptation of the comic book Watchmen, and many fans feel this movie simply does not capture the artistic value of the source material. Watchmen is considered by many to be one of, if not the, greatest comic books of all time. It has achieved critical acclaim over the years not just for its art, but for its clever and often thought-provoking deconstruction of the superhero genre. So naturally, any sort of screen adaptation is going to be looked at with up-most scrutiny, and with good reason. While many agree the film adaptation does an amazing job capturing the visual aspect of Watchmen, it is sorely lacking when it comes to the subtlety and cleverness of the source material. There is a feeling that overall the writing has been dumbed down to appeal to a broader audience, with some subtler parts of the story being made far more overt, such as changing the name of the superhero team “crimebusters” to “watchmen”, making certain parts of the story such as the reoccurring phrase “who watches the watchmen” far less powerful”. 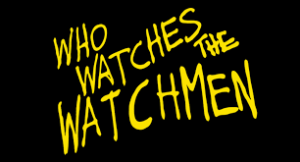 On top of all this, there are certain changes made to the source material that feel either out of place or just tonally off. To me there is no scene in which this is more apparent than when Rorschach commits his first murder. 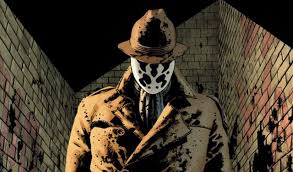 In the original graphic novel, following the discovery of the murder of a kidnapped little girl, Rorschach kills the kidnapper by chaining him to a boiler (leaving him a hacksaw so he can saw of his own limb if he chooses) and setting his house on fire, leaving him to burn alive. The scene, while not graphic at all, is simultaneously disturbing and fascinating as we watch Rorschach transform into the man that he is today. In the film adaptation, Rorschach kills the kidnapper by instead repeatedly hacking away at his head with a meat cleaver until nothing remains but meat and bone. The scene is extremely graphic, and instead of being disturbing in a fascinating way, it is disturbing in an uncomfortable way. It comes across as the work of a director who wanted to make a pivotal murder scene more gory without any regard for why it was presented in an un-graphic way in the first place.

Scene from the movie below:

This reasons and the various others listed before it are just some of the reasons why fans of Watchmen are divided when it comes to this big screen adaptation of the beloved comic. In my opinion the translation from paper to screen could have been handled far better in this instance, and if it had been we would have a far better film on our hands today.