WARNING – Post contains concepts, images, and “outdated” ideas that may be disturbing.  Proceed with caution.

Gardening consists largely in protecting plants from blight and weeds, and the same is true in attending to the growth of children.  If a plant fails to grow properly because attacked by a pest, only a poor gardener would look for the cause in that plant alone.  The good gardener will think immediately in terms of general precaution and spray the whole field.  But with children we act like the bad gardener.  We often fail to carry out elementary preventative measures, and we look for the causes in the individual child.  A whole high-sounding terminology has been put to use for that purpose, bristling with “deep emotional disorders,” “profound psychogenic features” and “hidden motives baffling in their complexity.”  And children are arbitrarily classified – usually after the event – as “abnormal,” “unstable” or “predisposed,” words that often fit their environment better than they fit the children.  The question is, Can we help the plant without attending to the garden? (2)

So begins the Dr. Frederic Wertham’s book Seduction of the Innocent, a work first published in 1953 and the result of seven years of “scientific investigation,” which warns readers of the dangers of comics upon the minds and the lives of the youth that read them.  Wertham’s observations of crime comic books which he defines as “those comic books that depict crime, whether the setting is urban, Western, science-fiction, jungle, adventure or the realm of supermen, ‘horror’ or supernatural beings,” are presented within this work (vi). 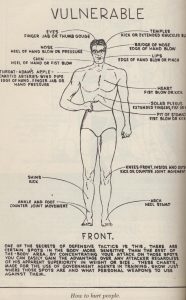 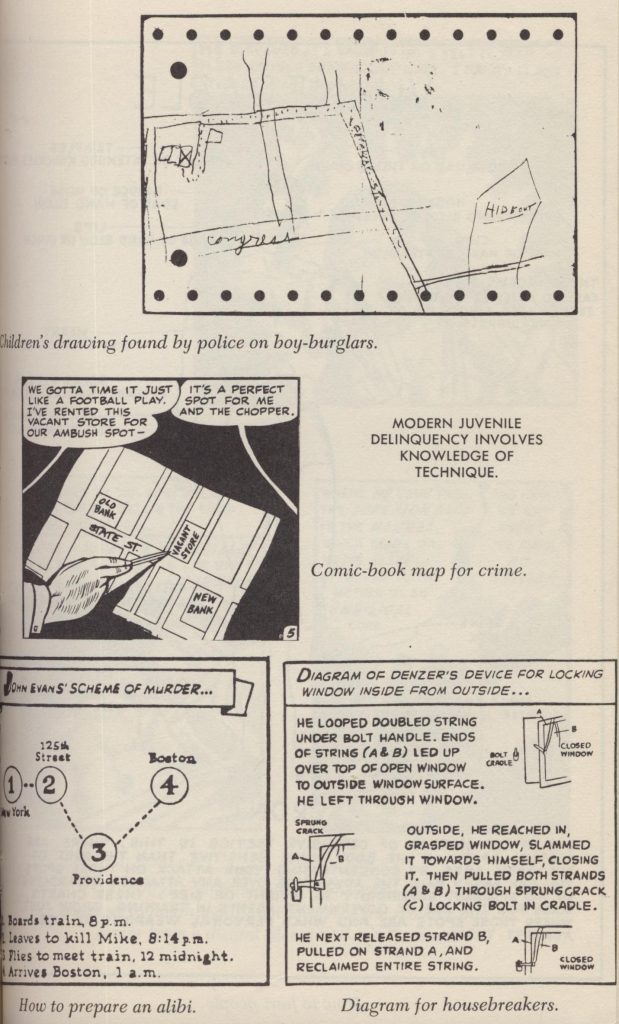 Examples of “crime comics” within Seduction of the Innocent – kinds of informative material.

Chapters include such titles as:

His interviews with, observations of, and analysis about children are subsequently placed against the background of all kinds of comics.  His credentials of senior psychiatrist for the NYC Department of Hospitals, 25 years of experience in his field at the time of publication, and giver of “expert opinion” (advice-giving emphasized as facts that can be demonstrated and proved) in many court cases lends him the ethos that his original readers believed and relied upon as they consumed his opinions and subsequently partook of a grand moral upheaval at the time of this book’s arrival into the public scene. 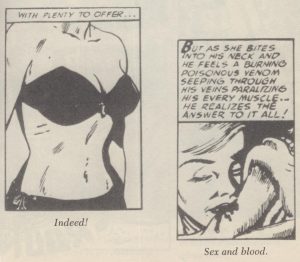 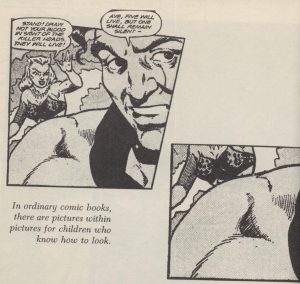 Additional images given as examples of bad influences.  Left: clear examples of Wertham’s voice.  Right: how closely is he looking for nude female figures in comics?

Another example of (alleged) subconscious “encouragement” (The Lion King)

Dr. Wertham is an incredibly controversial figure.  His writings against the proliferation of comics containing unusual shows of violence, sexual objectification, instructions on how to commit crimes, graphic descriptions of harm, homoerotic undertones (most famously espousing the “dynamic duo” of Batman and Robin as a secret gay relationship), and hidden images, especially in comics aimed toward a “young” audience, caused much healthy debate, government regulation through the Comics Code of 1954, and massive comic book burnings a la Fahrenheit 451, with reports indicating the frequent presence of crowds of on-looking children.  Wertham argues for consideration of important societal questions and issues, including pornography, violence, and glamorizing crime affecting larger groups of individuals, yet twists his narrative and mars his argument by insufficiently considering the “other side.”  He speaks about the skill of comic book artists oppressed by comic book companies with negative agendas (promoting the proliferation of violence and “negative” sexual interactions), yet his words directly hurt the individuals he praised as protests and comics bans sprung up after the publishing of his work. 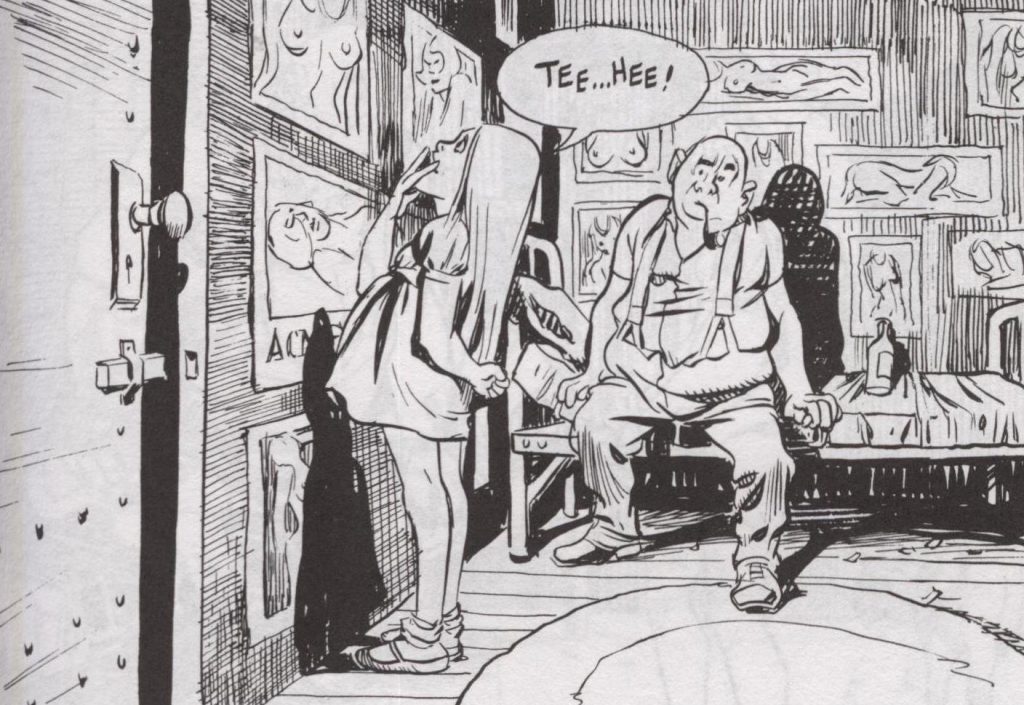 Will graphic media turn innocent flowers into Venus flytraps? (The Super, Will Eisner) 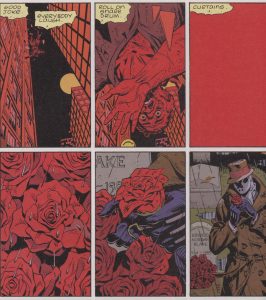 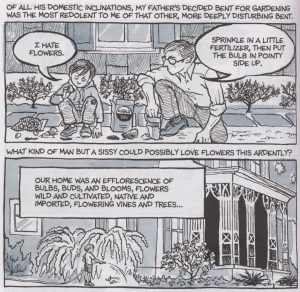 His studies into juvenile delinquency were part of the first efforts to study such behavior (a trail blazer?), yet his methods have been questioned by fellow psychologists and fans of comics alike.  As a student learning about and using anthropological methods of study – particularly ethnographic research and the benefits of using inductive reasoning to limit personal biases and ethnocentrism – I find Dr. Wertham’s methods problematic.  He tends to look for his already-decided-upon answer to juvenile delinquency and other evils hindering children’s development (the inherent evils of comic books) within his subjects and within the volumes he examines in a style of deductive reasoning.  This makes his study incredibly biased and, arguably, extremely overblown at time.  By actively seeking to prove his theory, he potentially misses data and inherently cherry-picks to formulate a volume of opinion with an intent of alleviating societal evils.  Seduction of the Innocent falls short of his aim due to its exclusive nature of data-collection, an absence of quantitative data (he relies upon qualitative classifications of “some” or “many” individuals and incredibly poor citation style), and prominence given to personal thoughts over observations made by other institutions or experts.

Yet, in a strange way, I find his book almost charming.  Am I experiencing a respect for his attempts at modern research methods at a time when such study was infantile, or do I just enjoy all of the oddball references to “headlights” by young boys and the damage caused by a “well-filled loincloth?” 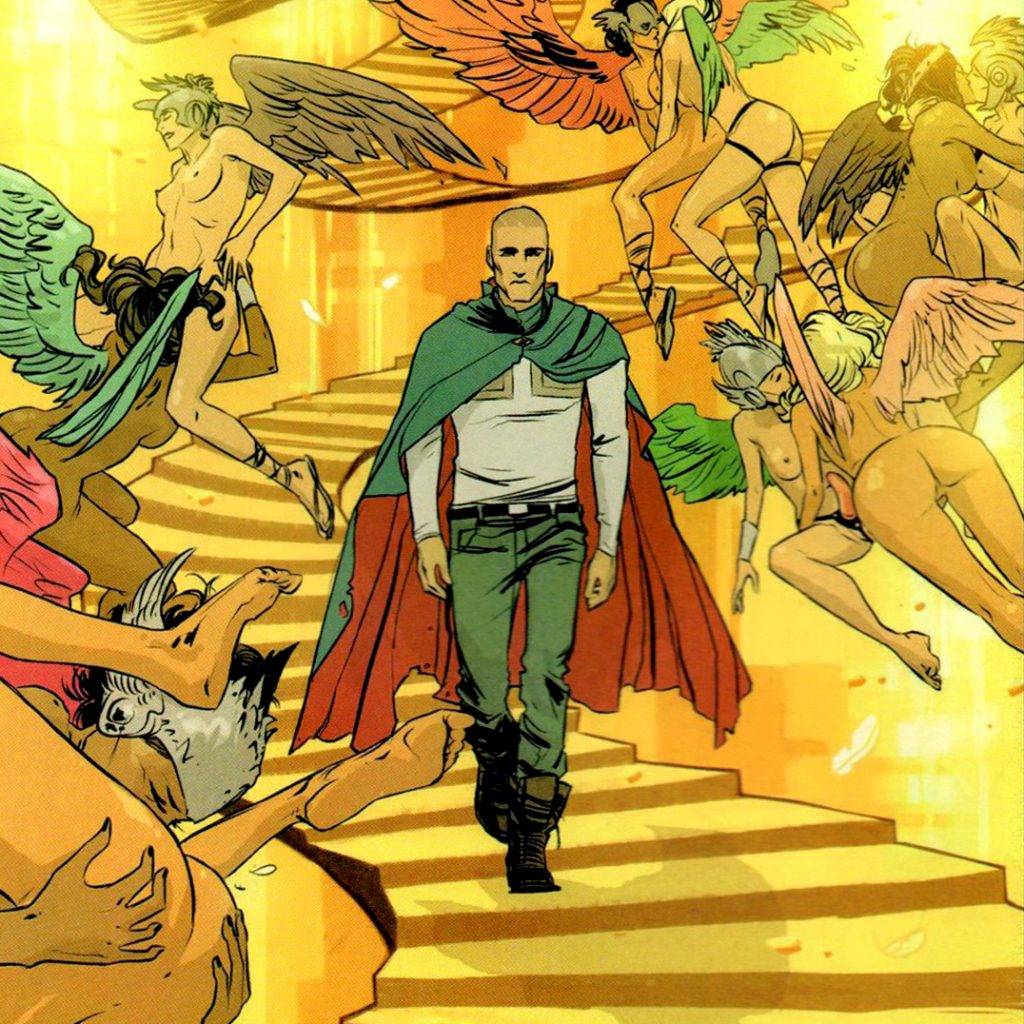 I wonder what Wertham would have thought about Saga…parallel sexual and floral motifs.

Do comics allow the disease of societal ills into the garden of young, innocent minds?  Are comics that depict subjects with questionable and controversial moral implications truly a bitter bouquet, or has the overseeing 1950s era gardener become overzealous with the pesticides?  I am still pondering these questions.  Dr. Frederic Wertham set out on a quest to share his ideas and research with the world, comics readers view him as the ultimate villain, and I stand at the crossroads, seeing both paths and standing unsure of a final, black-and-white decision of travelling.  I am just scratching the surface of this debate, dabbling in Wertham’s writings and the evils within forms of media as they grow and develop, a condition that persists today, especially in the debate of violence in video games.  I think I’ll sit a while, read some comics, enjoy the sunshine, smell the sweetness of the flowers from both sides, and try not to step into any logical fallacies.  Hopefully I’ll more clearly discern what is true and what is false, what is fantasy and what is unnegotiable reality…or at least hear all arguments.

But… think of the CHILDREN!! Comic Rating Systems 1950-Today

Seduction of the Innocent by Frederic Wertham, M.D. is available at the Simpson Library.

In closing, I direct the reader to the author’s note – the final page before the audience for Wertham’s book delves into his style of logic, evidence, and argument:

ONLY THE COMIC-BOOK CHARACTERS IN THIS BOOK ARE FICTICIOUS.  ALL THE OTHERS ARE REAL. 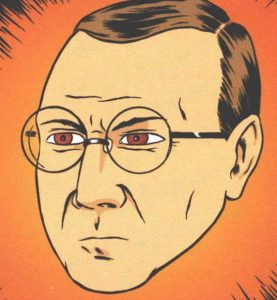 Dr. Wertham is mad because he is drawn as a comic.  How scandalous!

1 thought on “Bitter Bouquet – Wertham’s Seduction of the Innocent”