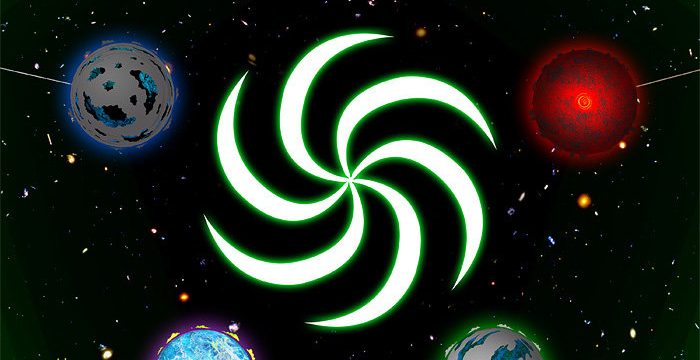 So, full disclosure: I am an Internet Grandmother thanks to very little online supervision at a young age. I started watching anime and reading manga in 2nd grade before going to my first convention at age 9. I have seen the rise and fall of fandoms, each with their own social royalty and court system (“Big Name Fans”) as if they were medieval kingdoms. And, I was among the first wave of fans of a little webcomic called Homestuck. 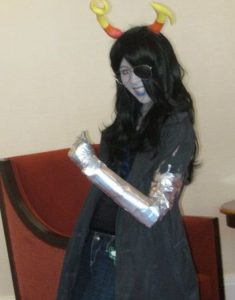 That’s me, age 14, excited to dress up as my favorite character Vriska.

Homestuck is a webcomic that was created by Andrew Hussie in April of 2009. It drew heavy inspiration from old-school Choose Your Own Adventure style games, such as Zork. However, over the years it morphed into a multimedia amalgam including flash videos, interactive games and minigames, songs, and animations spanning over 8,000 pages of written dialogue and 4 hours of video content. Basically, it’s long and convoluted but rich in plot, lore, and characters. Something about it just struck the cultural zeitgeist perfectly, and it soon gained rapid popularity. 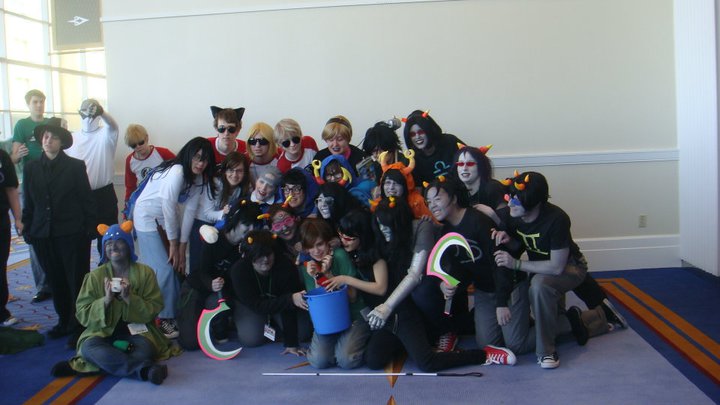 February 2011. At that point, all of the cosplayers on a Saturday at Katsucon could fit in a small space between two hallways of the Gaylord convention center. We knew each other’s names, handles, swapped phone numbers, and got food together. 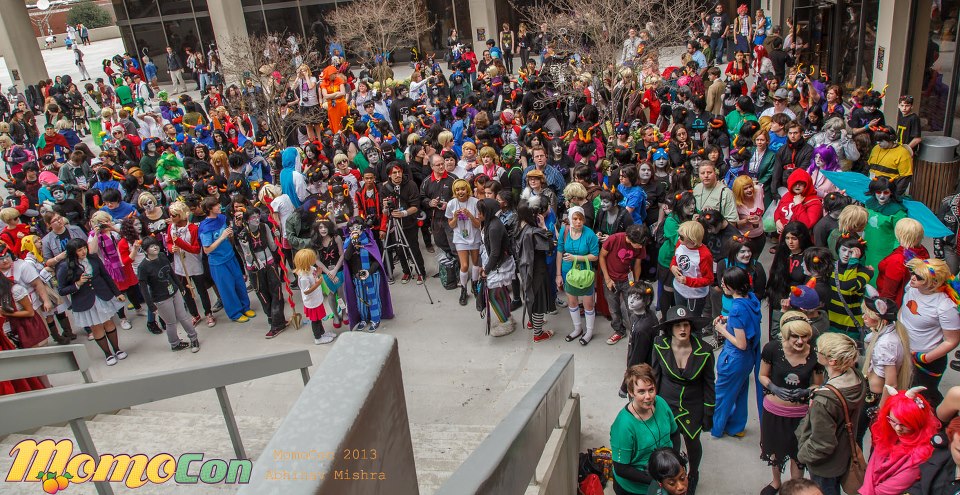 March, 2013. Meetup organizers worked in conjunction with convention staff in order to stay safe and not violate fire regulations. I know nobody in this picture.

This growth also led to a strong sense of camaraderie. We built a community around fanworks, communication, and sharing information. The forum as I remember it was supportive in the early days, and the creator would regularly chat with readers about the story or general nonsense. As it grew, the forum itself was compromised and taken down. Infighting began, fractioning the fandom into groups. Younger people joined in, and more people in general joined in. Predictably, this made shocking stories of the Homestuck fandom more and more common. Regular complaints included bodypaint damaging costumes and merchandise, sexually inappropriate behavior, and general obnoxiousness.

I was talking to one regular organizer at the rise of the Homestuck craze while we were reminiscing about simpler times, and she shared a generalizable theory with me:

In any group- political, social, fandom, anything- there will be about 1% of the members who are just insufferable and give everyone else a bad name. In smaller groups, such as fans of a new media, there may be only 500 members total. This means 5 people who are making fools of themselves. 5 people is nothing to worry about- they are a nuisance, but easy to ignore. However, as something begins to grow in popularity, so too do its fanatics. At its peak, Homestuck had around 5 million active fans. That’s more than the entire population of Ireland. Following our 1% rule, this means around 50,000 people were sending death threats, destroying property, and generally being terrible. This is when your 99% are dropping like flies and the fandom may soon die out. In some ways, this is actually a good thing because it means the space will become unpopulated and welcoming again with time once it loses popularity.

You can look at online-fandoms in particular, since they quickly loop through this cycle. My Little Pony, Doctor Who, Sherlock, Steven Universe, Rick and Morty, even some first-person shooter fandoms follow this cycle.

When all is said and done, though, I don’t regret my time with Homestuck. It got me into cosplaying, which got me into sewing, which got me into theater and costume design, which I’ve won awards for and how I met my SO. I met lots of great people, learned a lot of cool things, and I’m able to see how this weird, crazy, confusing comic (if you can still call it that) continues to influence media and pop culture today. Here’s a freebie: Toby “Radiation” Fox wrote music for Homestuck back when we were in high school. He’s a real chill guy. He also created the indie darling Undertale.

And, before I go, it may be shocking but I haven’t actually finished Homestuck. I dropped it halfway through 2013 when it just became too much. I don’t want to downplay how absolutely toxic of an environment the fandom was. Who knows, maybe now that the waters are calmer I can reread and finally be able to Tell You About Homestuck.

2 thoughts on “Building and Destroying Community Through Fandom or: Let Me Tell You About Homestuck”