Everyone loves a superhero. I believe that when we are young it is ingrained in our mind that the heroes are the ones who save the day, defeat the bad guy, and bring hope back to the city- or wherever it is they are bringing that hope back to. I was never one who was entirely interested in the comic version of superheroes. I think that this was mostly due to the fact that superheroes were not prominent in my home. However, over the past few years I have learned and begun to understand the attraction so many of my friends, classmates, and the people around me find inspiration and excitement because of these superheroes.

I will call Superman, the original superhero. Jerry Siegel had something great going on when he first created Superman and sat down with Joe Shuster, the illustrator. Superman came to life in the year 1938 and has been saving lives both in script and inspiring countless children (and even older teens and young adults) to find their town to save.

Superman fights for truth,justice and the American way. This reflects so much of what people today are fighting for, too. Superman is relateable and I think that is one of the reasons why he is still popular to this day even after all of these years. I also think that because there were other comic superheroes on the rise, such as Batman, the friendly rivalries allow fans to relate in an even bigger way. Good vs. evil, who is the best superhero and so many more give reason for fans to understand these created superheroes in an even more deliberate way.

Superman has since been put on the big screen for fans to continue to rave about and find hope when the world is crumbling, or when their own worlds are crumbling. Superman is the hero in so many stories and really, has allowed his fans to understand that they can be their own hero, too. 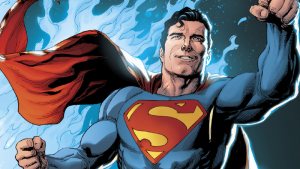 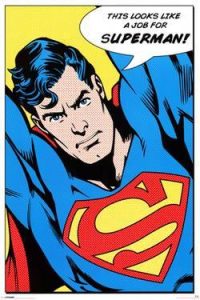