When browsing the internet about comics, most of the time it is dominated by comics published by Marvel or DC Comics. Rarely do you see independent comic companies get the spotlight for their publications and stories in mainstream media because of the massive popularity of characters such as Iron Man, Captain America, Batman, and Superman, to name some examples. Although I am a fan of those said characters, I have very much enjoyed independent comics from companies like IDW Publishing, Boom! Studios, Viz Media, and Image Comics. One comic series, although short lived, that I have enjoyed from Image Comics is…

The Bounce was published by Image Comics on November 19, 2014, and had a run for twelve issues. The story revolves around the character of Jasper Jenkins, a twenty-something year old loner who is thrusted into a world of super beings through an out of the ordinary circumstance. Jasper is characterized as a lazy stoner who for most the of the days sits around watching television and smoking cannabis with his openly homosexual roommate until crime strikes the city he protects, and goes into hero mode. 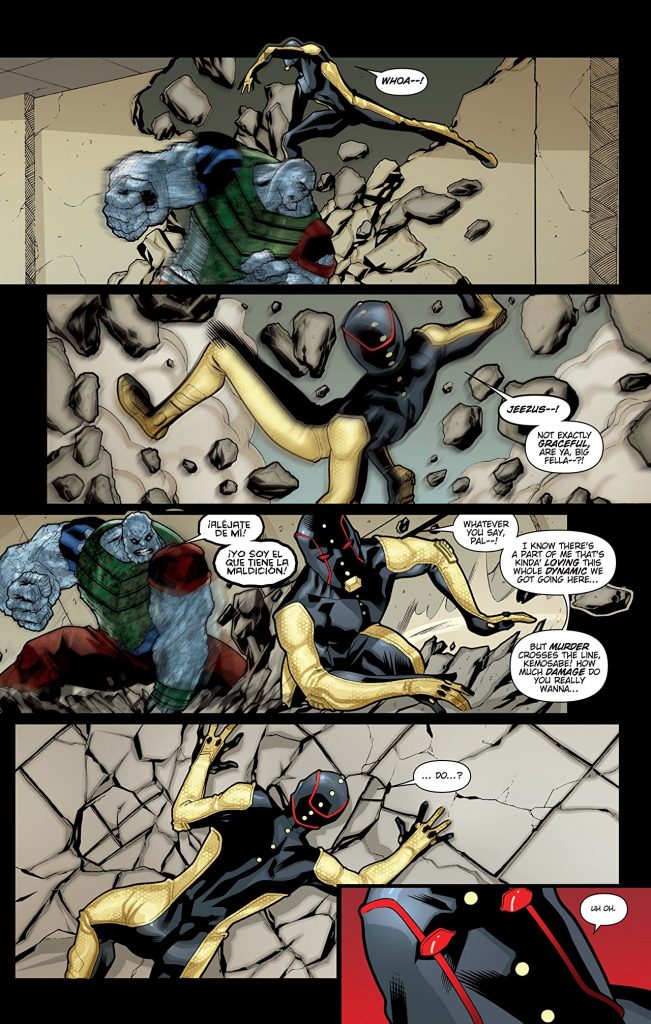 What I love about this series is the fact of how grounded and realistic the world feels (even though it is set in a world of super beings). Jasper’s reaction to other super beings coming out of the shadows is how you would think a character like him would react to an expanding world of people like him. The way that writer Joe Casey wrote the title character can make him very much relatable to the more mature audience the comic is aimed towards. It is a story with depth, and further explores and analyzes what makes an average person like Jasper, go out of his own way to suit up and protect the city he lives in, and how he juggles the dual life he is thrusted into. I think it is honestly great that they included that this character is a stoner because it does not follow the standard trope of an everyday man who does not drink or smoke, or do any sort of activity that is deemed “delinquent” in society. Jasper is literally the bottom of a barrel everyday man who out of strange circumstances gained powers and decides to become a superhero. It also gives the idea that not all people who engage in activities like he does are bad people or morally confused; he beats the “pothead” stereotype.

The only minor gripe I do have with the comic is how obscure the plot becomes closer to the end, especially revolving around the main antagonist of the story. I definitely believe the reader will get confused by the direction of the story unless they pay very close attention to how the story transitions, as well as focusing on the flashbacks within the story, and how it factors into the climax and resolution. The war rhetoric that is included in the antagonist’s motivation then transitions to inter-dimensional travel and monsters that just kind of come and slap you in the face with how random it is. But at the same time, that is what makes this story genuine and honestly unpredictable. The writers took a huge leap of faith with adding such puzzling and strange elements into the story in order to make it their own, and deviate from mainstream comic formulas; that is the real beauty of independent comics. 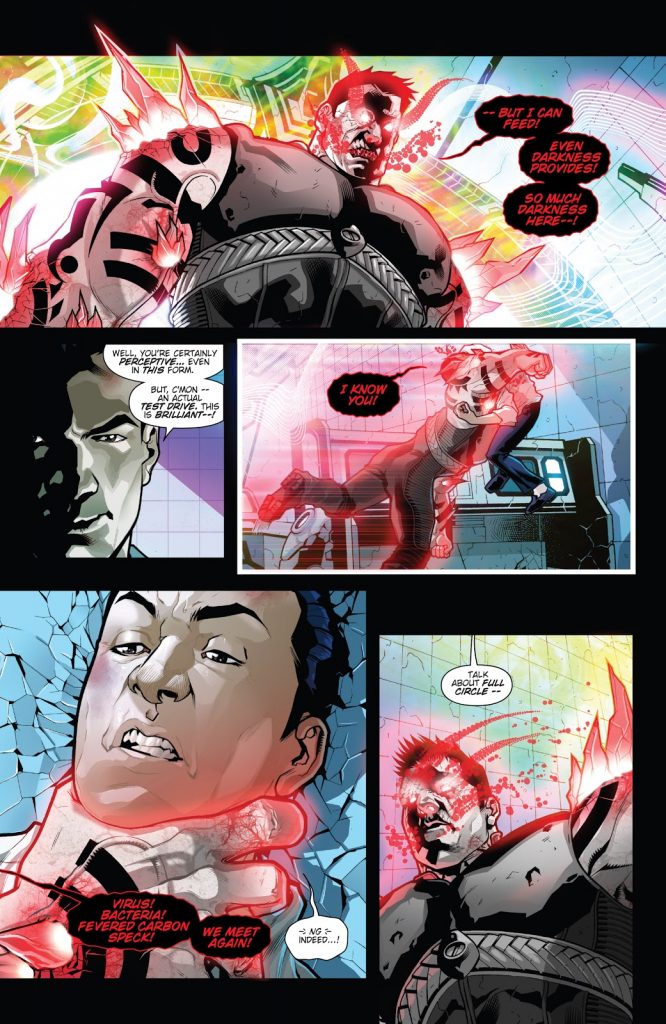 The Bounce is quite the experimental take on the superhero genre that is not afraid to step into uncharted territories with their characters and plot elements while also maintaining, but modernizing, the classic tale of an everyday man gifted with extraordinary powers who lays his life on the line to protect the innocent and fight crime. This story is a fantastic example of the great stories that independent comic companies produce for audiences of all kind!