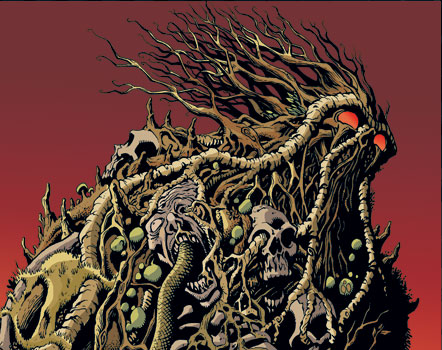 What the Hell is Man-Thing? 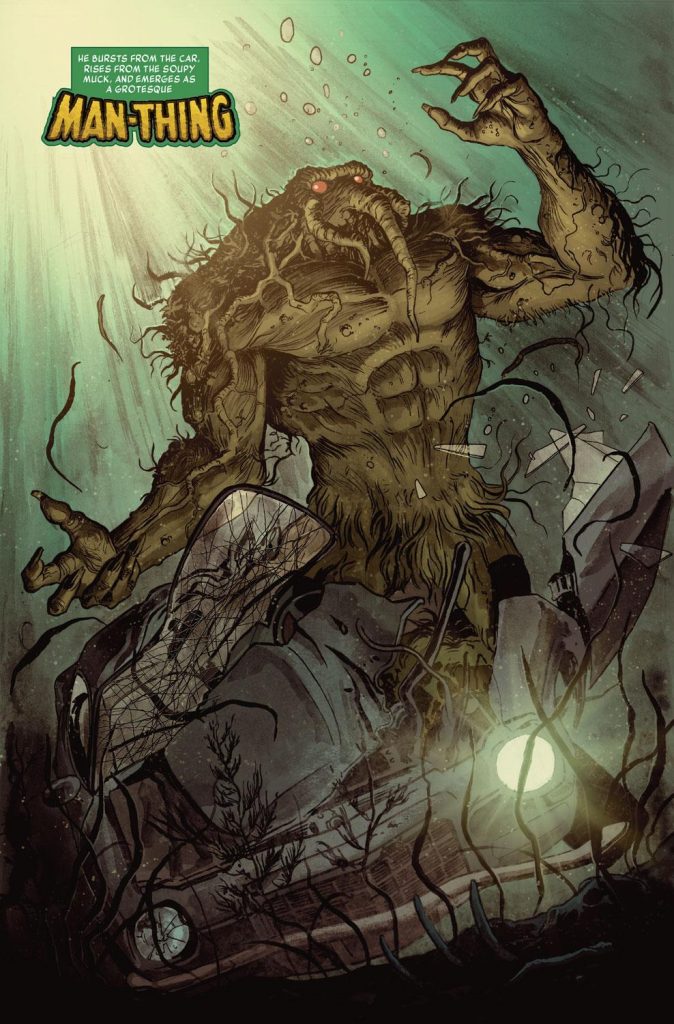 Man-Thing is a character in the Marvel universe; he’s not really a hero, but he’s definitely not a villain.  He first appeared in the 1971 comic Savage Tales, issue number 1 and was created by Stan Lee with the help of Roy Thomas, Gerry Conway, and originally drawn by Gray Morrow.

To get into the nitty-gritty of it, Man-Thing is a creature that is comprised completely of swampy vegetation and mainly fights bad guys, but will occasionally tussle with heroes of the Marvel universe (I suppose you can’t really blame them for wanting to attack something like Man-Thing).

History of the Man-Thing

Long story short: Dr. Theodore Sallis went to the Everglades in Florida with a group of scientists to try and recreate the “Super Soldier Serum” that had turned Steve Rogers into Captain America.

He breached security by bringing along his wife, Ellen Brandt, who ends up betraying and attacking him with a terrorist group known as Advanced Idea Mechanics (AIM).

In a last ditch effort to save himself, Dr. Sallis injected himself with the only sample of the serum he had while trying to escape in his car.  He crashed into a swamp, sank to the bottom, and emerged as the Man-Thing we know (or don’t know) and love (or should love) as pictured above.

Though he still has fragments of consciousness from his old self, Dr. Sallis’ mind is completely consumed in his transformation and he becomes an almost completely instinctual predator of the swamp.

If you want to know more, you can read about the detailed and entire history of the character here. 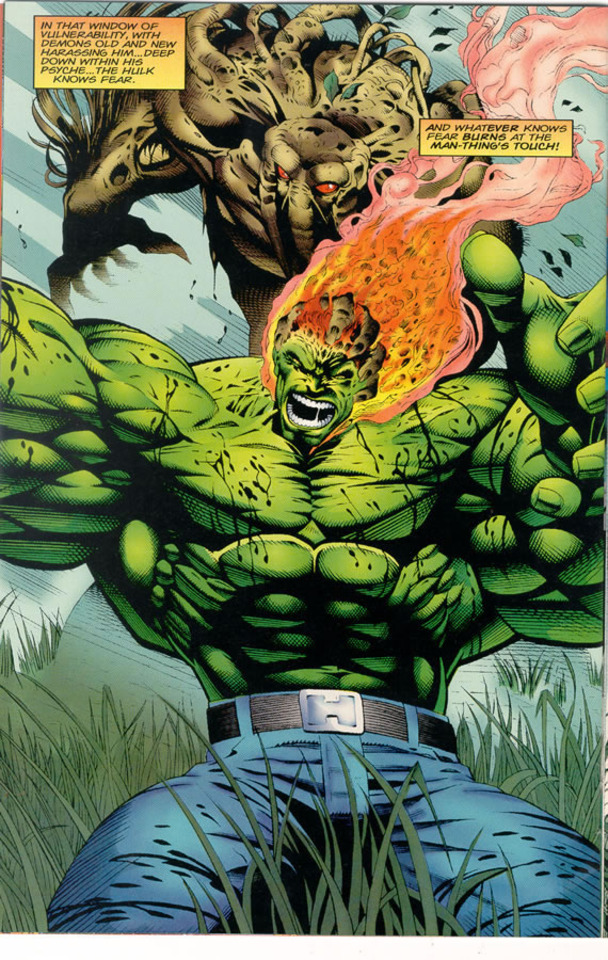 Okay, so we know that Man-Thing is this gross, horrifying monster who used to be a scientist, but what can he do?

Well, I’m glad I asked.  Man-Thing is slow; basically like any horror movie you’ve ever seen, he kind of slumps around and is never in a rush.  So how is this a power?  I’ll get to that in a moment.

Additionally, he was granted superhuman strength by the serum along with his new visage.  So he’s big, slow, scary and strong; sounds like a pretty boring character, right?  Yeah, it does, but I’m not done.

All of these abilities add up when you know his actual “power.”  He has a strange chemical reaction occur inside of him in relation to the emotions of those around him.  If his adversary feels an amount of fear, then Man-Thing begins secreting a sort of poisonous acid from his pores.  The acid can burn through even the toughest flesh (like the Hulk, shown on the right).  So essentially, anyone who sees this monster lumbering towards them is going to cause the acid to be created and they will probably be hunted down and killed in the process. 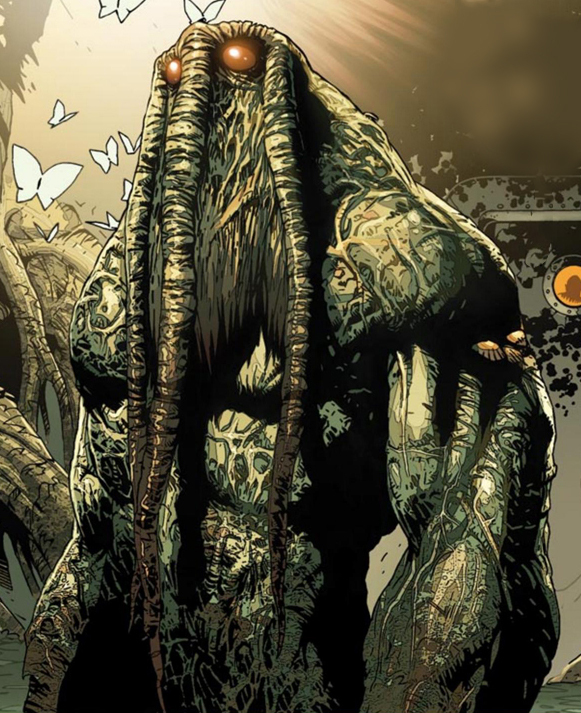 Man-Thing is (in my opinion) a really underrated Marvel character.  His character design is amazing and horrifying, especially for originally being designed in the 1970’s.  He’s not a traditional Marvel super hero in that he’s not objectively “good” which makes every scenario concerning him dangerous; not only will he fight against the good guys sometimes, but he’s also willing (and wanting) to kill or permanently scar his opponent(s).  His power is unique and interesting in that is does not necessarily rely on his own strength, but his opponent’s weakness.

Not only is he just an awesome monster, but his backstory has a level of depth and tragedy in it.  As Dr. Sallis, he wanted to help recreate the “Super Soldier Serum” to help fight evil, was double-crossed by his wife, and essentially died trying to escape only to come back as a disgusting, barely sapient monstrosity.

So I guess I’ll end with the TL;DR list of why Man-Thing is an amazing Marvel character:

Overall, Man-Thing is a cool character and you should give him a chance!  Not the movie, though. Don’t watch the movie.

“Whatever knows fear burns at the touch of the Man-Thing.”