I can’t possibly the only person who was absolutely obsessed with The Sims! I played it all day everyday in middle school. When I would go to Target with my parents, I would always wander over to the video game aisle and look at all of the different Sims “packs.”

As this semester has progressed and we have studied graphic novels and comics, the Sims has been popping into my mind often. As I was preparing to write this blog post, I thought I would see if there were any “comics” that had been created about the Sims! I was in luck! I found one blog on Tumblr where a creator had developed a series of comics that she had made from Sims characters she had made. You can find it on her blog, here!

If you have played the Sims before, you know that the Sims don’t speak in English. They speak in their own video-game language called “Simlish” which just basically sounds like gibberish. Instead of “hello,” Sims say “Sul Sul” and instead of “goodbye,” Sims say “Dag Dag.” You can find the rest of their language in the Simlish Dictionary. However, in these comics that have been made featuring the Sims, the creators and players have made up their own stories as to what they assume their Sims are saying if they spoke English!

Check out some of these examples: 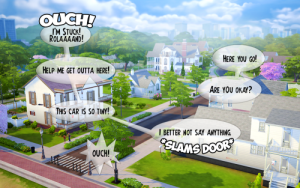 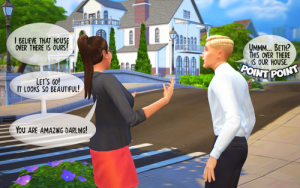 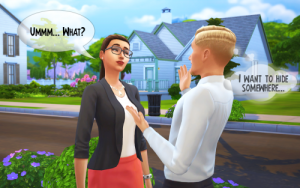 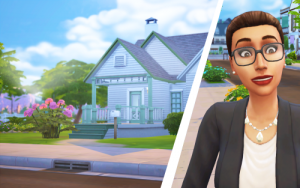 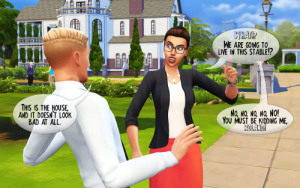 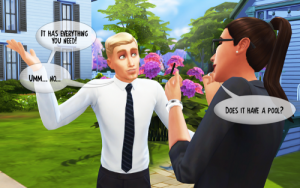 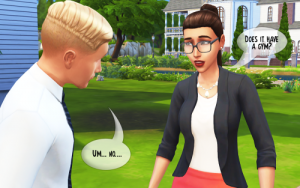 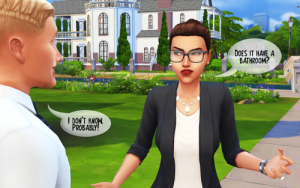 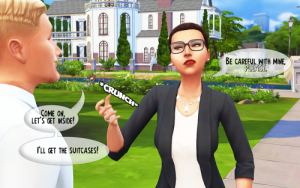 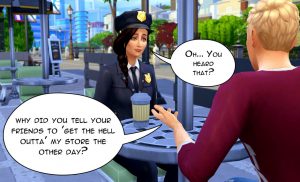 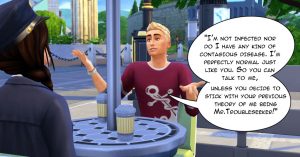 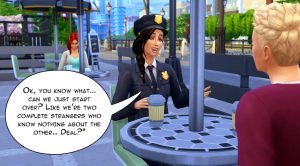 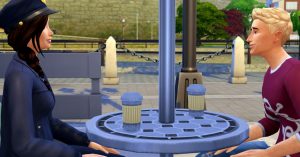 As many times I have played the Sims, I’ve never thought about writing my own stories from the actual game! If you click on the links I provided above, you will find even more comics in these “series.”

Let me know if you find any other interesting ones!

2 thoughts on “The Sims as Comics”