Webcomics in general are very easy to create for the general public. The idea behind them is that anyone with creativity and an internet connection can create one. This means that they can cover endless subjects, genres, styles, and new ideas. One of the most popular Webcomics I know of is called One Punch Man. 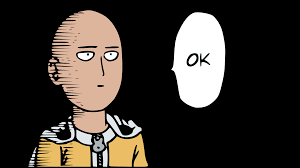 This comic, which is still being created, has made a transformation from being a regular webcomic, to being a SuperComic. I call it a “SuperComic” because this comic has hit mainstream media in a way that most webcomics aren’t able to due to autonomous posting. The original webcomic is in all black and white. Generally, I think the idea was to make this comic as simple as possible. Another key idea is that the protagonist (who is your average everyday super hero) is Overpowered. This means that the character is powerful to the point that it’s ridiculous. Literally, it’s pretty funny. This is a whole new twist on how to create a superhero. I feel the general idea behind making any superhero is:

3.) Strong morals, but with a fatal flaw

5.) Strong enemies that challenge the hero 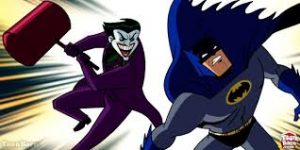 This Hero has all of these characteristics except for #5. The world of this webcomic is a world of superhero’s. There are so many superhero’s that there is an entire organization of superhero’s (similar to Justice League.) The difference here is that the main character isn’t noticed. He just kind of comes in, saves the day, and goes home. No one even really knows about him. It’s filled with comic relief surrounding the main character, Saitama. The idea is that this character is so strong that it’s created an extremely boring life for him. This just puts the audience on edge as we wait for a villain that might actually be strong enough for our overpowered hero.

Overall, these elements and there use have given this comic rise to mainstream media. The one downfall of creating webcomics is having limited access to “the mainstream.” Most webcomics, even if they’re great, have trouble circulating. This is due to authors posting autonomously. 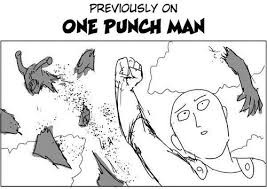 The author of the Webcomic is unknown and goes by the pseudonym One. This became extremely popular due to the out-of-the-norm plot line and has now recently been created into a Japanese Anime. Season 1 is currently out with a Season 2 on the way. This webcomic in particular shows how the convenience of webcomics brings about an endless gateway to new ideas and new material. It also shows that if someone has a great idea, it gives them the availability to broadcast it.

In conclusion, the future of this SuperComic is looking bright. With this comic becoming an anime sensation, it shows that simplicity can be better than a complex characters and plot when concerning something that’s just entertaining. Overall, with access to mainstream media, it’s no surprise this creative comic became as awesome as it is.