Music has been depicted in comics in various ways throughout history. From squiggled boxes containing lyrics to musical notes, comic artists tend to have a difficult time portraying music in a silent form of media. As a medium, music tends to be complicated. Without a way to describe tone, pattern, or rhythm, music just isn’t the same. Many modern graphic novel artists have avoided the difficulty of music by including This pushes artists to find unique ways to portray music that are still entertaining to viewers. Many graphic artists choose to avoid this issue altogether by simply limiting music sequences to captions. This technique leaves the reader to imagine how the musical sequence played out rather than decipher the lyrics and patterns. While this approach cuts out the hassle of representing music, it leaves many readers dissatisfied with the absence of the attempt. Another common approach is altering the environment via lights and/or crowd reactions to give the reader a sense of the vibe. While this method gives this reader a peak into the musical experience, it is very easy to overdo and come off as corny. The final most common strategy is to use musical notes throughout the panel or streaming from an instrument.

This example from the 1982 comic, “Josie and the Pussycats’ depicts the lyrics in a bubble method. While this conveys the message that they are playing music, the reader is left to determine the tone and rhythm of their lyrics and instruments. 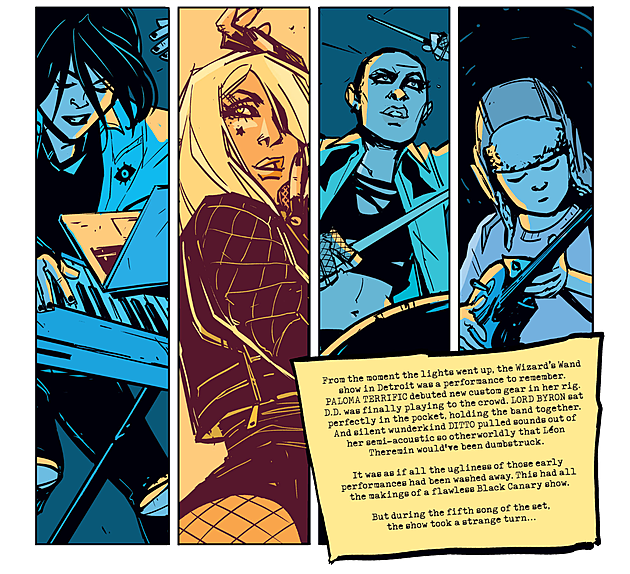 This example from, “The Black Canary” shows the second method of restricting the musical experience to a caption. The caption in this panel sequence gives the reader a rundown of the concert while the images just provide a spotlight for each member of the band. 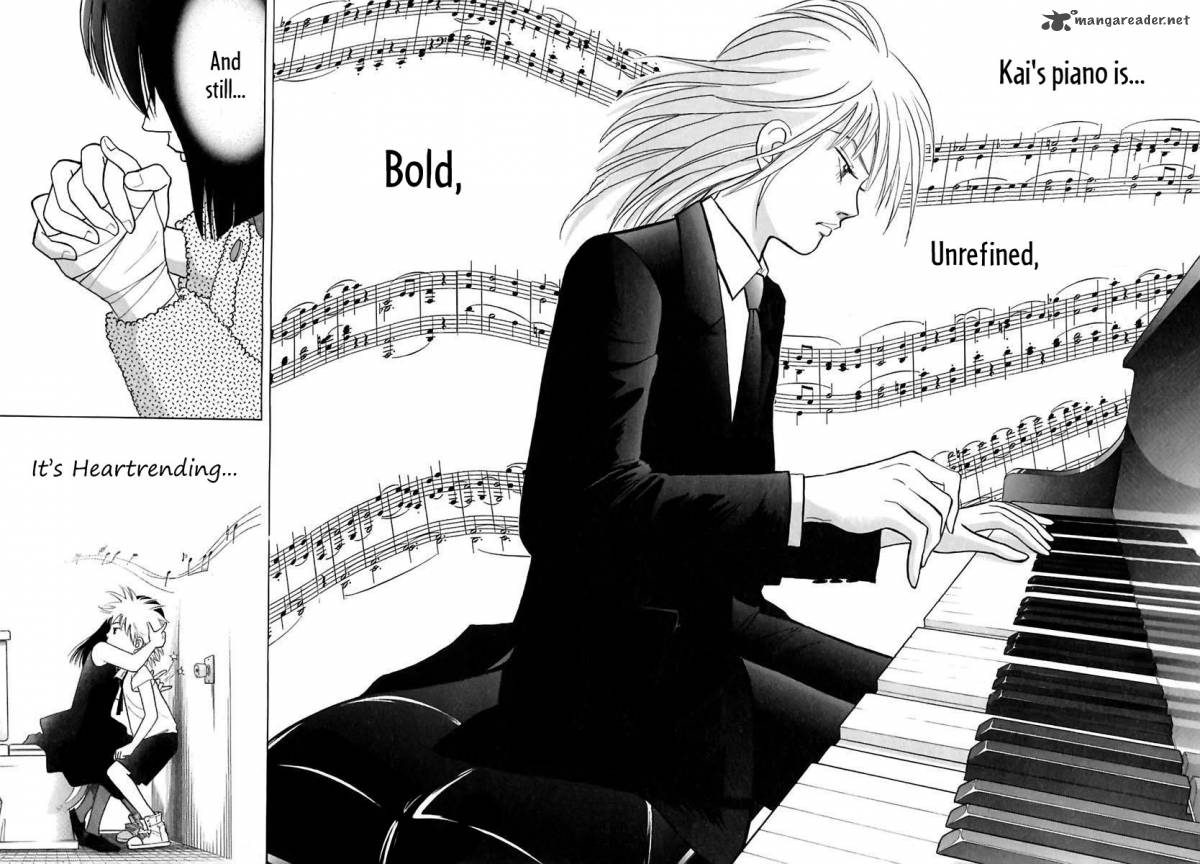 This final example from manga, “The Perfect World of Kai” represents the final common method of portraying music in comics. The musical notes swirling around the page create a feeling of elegance as the reader watches Kai play the piano.

In conclusion, music is a part of most everyone’s daily life. As a complicated art form, depicting music in a medium such as comics can be difficult if not done correctly. As more artists become accepting of abstract representation, music could finally find a reputable place in the comic world.

If you are interested in music in comics, here is a list of some of the best in the category :