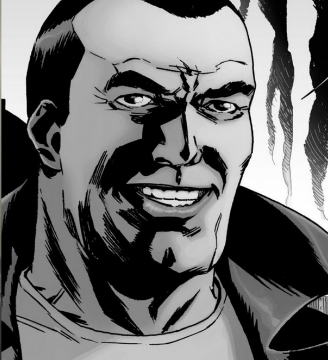 Whether you’ve read it or not you’ve probably heard of The Walking Dead. Robert Kirkman’s cultural phenomenon spans across media with a comic book juggernaut, multiple video games, a book series, and a hit TV show. Kirkman has described his series as the zombie movie that never ends, and 158 issues deep the end is not in sight.

It wasn’t a hit right off the back though. When it was first pitched to Image Comics, it was your typical zombie movie with a twist. The twist? Aliens. However, if you are reading it from issue one, the further you get into the series the more apparent it becomes that aliens were never part of the plan. Kirkman knew that he needed to stick out, so he lied. And it worked. Thirteen years later it is hard to imagine a world with out The Walking Dead.

With out aliens the comic still sticks out.  The series is basically a graphic soap opera with zombies defined by its characters not by its monsters. On the surface it seems like your typical zombie story, but as you go deeper you learn that the zombies are just a back drop to a larger, very human, story. With very human characters.

Take Negan, for example, he is not just your average antagonist. He’s a complex character with a warped sense of morality.

He kills with out mercy (see issue #111 when he finds Spencer Monroe’s guts), but at the same time he is adamantly against rape (see issue #156 when he beats down two members of The Whisperers for attempting rape, or when he kills his own man in issue #117 for attempting the same act). Negan can be a good guy, he tries to prove his worth to Rick Grimes in the issues following All Out War. For example he stays in his prison cell when it is  left open by mistake rather than walking out and getting revenge for being locked up for two years (#141). He also councils Rick on how to be an effective leader in times of crisis in issue #149. In spite of all his good deeds, it’s hard to forget that he is also the type of guy to sear a man’s face with a hot iron for wanting to be with his wife (#105). It is hard to deny that Negan’s moral compass is massively skewed and hard to get a read on.

Negan is just one example of how The Walking Dead’s characters make the book more than just your average zombie story.

The walking dead might not be your typical zombie epic, but it did draw inspiration from some more traditional works in the genre, namely, George Romero’s movies. It’s no secret that Kirkman was inspired by George Romero’s work, and visually it is very clear that one is a byproduct of another.

While The Walking Dead has drifted closer to Zombie-drama as opposed to Zombie-horror it is still visually almost the same. Like Romero’s Night of the Living Dead (1968) The Walking Dead is in black and white. The walking dead might not exactly be a traditional horror book anymore, but it certainly looks like one.

“[Charlie Alder’s] use of black is out of control, it’s totally breath taking, and scary, and human all at once.”
–Sina Grace

Of course there are some practical reason for this. On one hand it is cheaper to print comics in black and white, and independent comics don’t always have the resources to print in color. On the other hand, with the financial success of The Walking Dead one could argue that by now Image should be printing the comics in color.

So why not start? For anyone who has ever read The Walking Dead #100 it is obvious that the book does not shy away from gore. The amount of blood in in some of the more violent sequences of the series, if colored, could in some ways distract from the story.

Regardless of the reason though, whether it be for style alone, cost, or a way of toning down the mature content it is clear that Charlie Alder’s art works for the series. The Walking dead is a character driven story with a style of it’s own that, if Kirkman gets his way, will be around for several years to come.