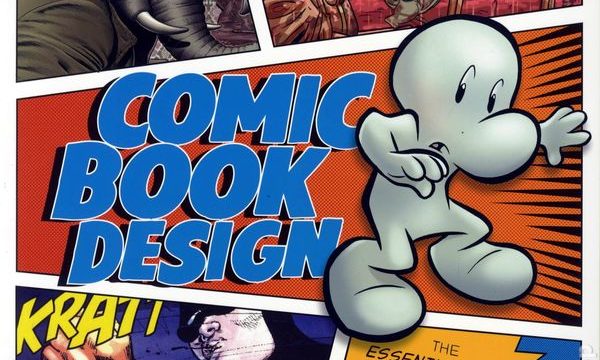 Modern comic books have been around since the 1930s. At first reprints of newspaper comic strips in book form, they became popular just before and during World War II with stories of superheroes with powers and abilities far beyond those of mortal men, and again in the late 1960s and early 1970s. Since the 1980s, a number of independent comic’s publishers have arisen to graphically tell stories of both super-powered and ordinary heroes and heroines, and now a number of print-on-demand publishers offer prospective clients the option to publish their own comic books. To publish your own comic book, you need to know something about how to design comic books. This blog post will demonstrate how to create a comic book by explaining certain elements to use when creating your comic. 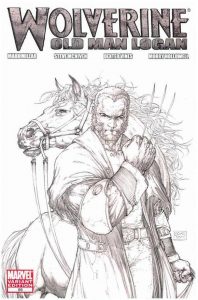 All things start with an idea; and your comic book or graphic novel is no different. Your best tool is a notebook, weather electronic or paper. Just try and keep it with you all the time because you never know when a good idea might pop into your brain. Your idea won’t be fully realized yet, but just go with it, you never know where it will take you. Write a script first. One of the most common mistakes is to start drawing your comic book before working out your story. Take the time to write a script. It doesn’t need to be fancy and you don’t need an expensive app to get it done. A simple text editor will do. When it’s time to write your script, there are four main points to keep in mind, Know your genre, understand your main character’s goals/challenges, create a believable setting, and include a beginning, a middle, and an end. One script is complete, its time to start drawing. When working on the layout, your goal is to keep the reader interested. One way to do this is to end each page, maybe not all, but some, with a cliffhanger. Draw the reader in; let them know something interesting is about to happen, but don’t reveal what that is until they turn the page. Don’t forget to leave room for the dialogue. Whether you’re working traditionally or digitally, drawing the comic can feel like a daunting task. But at this stage of the process, your work doesn’t need to be perfect. Focus on getting your comic drawn; you can work on perfecting it later during the inking stage. Inking and coloring is next. Then lettering, use fonts that fit the comic. The biggest collection of comic book fonts can be found at Blambot. They have both free fonts and paid fonts. Finally, you get to sell your comic. Social media is a great helper for that.

Use the front cover to introduce the comic to the reader. Mostly all comic books have an illustrated front cover that features an illustration of the story’s hero, such as Superman, or its setting, or a scene representative of the story inside. The front cover also displays the title of the comic, usually in a distinctive, unique font, such as the letter ‘S’ of Superman. More recent comics also list the names of the story author and principal artists on the cover. Cover illustrations that use a story scene do not have to use a scene that actually takes place in the story but can instead use a variant of it. Titles and title logos are usually separate from the cover illustrations, but they may also be incorporated. Use the splash page to introduce the story. The splash page typically is the first page of the comic story. It features a large panel at the top or bottom of the page, or a single panel that takes up the entire page, that displays the name of the story feature, the story title, and a representative story scene. At the bottom of the lead story splash page are the indicia, which typically include the name of the comic publisher, and the date and place of publication. 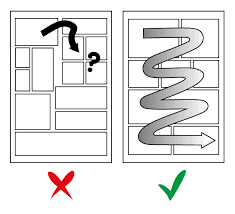 Display the rest of the story in panels on the other pages. American comics are normally read from left to right, top to bottom, with the reader finishing one page before moving on to the next. If an image or object is particularly important to the story, it may take up a larger panel than normal, sometimes the entire width of the page.  Placing panels side by side, without a gutter space between them, can be used to show a rapid sequence of events, while rounded rectangle or wavy line borders can be used to indicate flashback scenes. Use word balloons to show dialogue. When comic book characters speak or think, their external or internal dialogue needs to be displayed for the reader; this is done with word balloons. These balloons come in several styles, are usually confined to the top third of the panel, and typically display text on a white background. Round dialogue balloons are used to indicate speech. Cloud like word balloons are used to display a character’s inner thoughts to the reader. Words in word balloons are normally written in all uppercase, except for comics intended for young readers. Use captions to explain things the images can’t show. there will be places when expository text is necessary to tell the story. Captions display text in the same font as that used for most dialogue, but display text on a colored background, usually yellow. Display onomatopoeic words to indicate sounds. 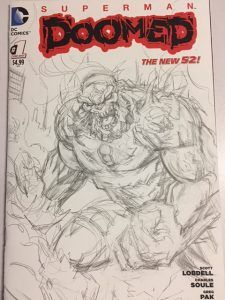 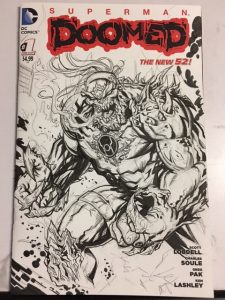 Break your story down into a collection of scenes. You decide where the action takes place, which characters make appearances and how they act, and how many panels should be devoted to each scene. Develop a sequence of panels for each scene. One way to develop this sequence is to create a storyboard. Decide what objects should receive the most emphasis within the scene. This determines the size and shape of the comic panel. Draw the panels. Once you have determined what you want to show, it’s time to draw it. Comic book drawing usually begins with a pencil sketch, which is then inked to bring out the important lines, shadings, and shadows, and then it’s colored in. Add the narration. The narration includes the word and thought balloons, captions, and onomatopoeia.

Creating a comic book or graphic novel takes a lot of work. If you have the skills and the time to tackle this task on your own, great! If not, don’t be afraid to collaborate with another person, and don’t be afraid to ask questions.