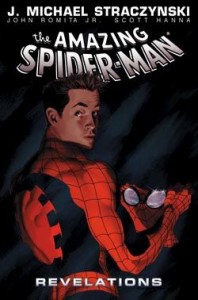 In this article, it describes how the well known comic book turned movie, the Amazing Spider-Man was banned at an elementary school for being inappropriate for children. The reason I chose this article and to discuss this graphic novel is due to the fact that such a popular piece, can be deemed offensive and have “sexual undertones” found with in it, deeming it apparently too inappropriate for children. In today’s society, a lot of things are taken out of context and to newer extremes than deemed necessary, I believe that was the case in this situation. The Amazing Spider-Man is arguably regarded as one of the more popular comics of our generation, seeing as the popularity of the movies that have come from them. To degrade a comic like the Amazing Spider-Man is discouraging to a lot of readers who have grown up on it and its movies. It reads in the article how the graphic novel was in fact demanded by the students, showing its true level of popularity and understandable why many may be confused and upset by the fact it was suggested to be removed. The request of the mother was ultimately denied due to its popularity and proven to be not necessary to rid of. The power of the popular comic and the love the youth has for it has surely done its justice and keeping it intact.