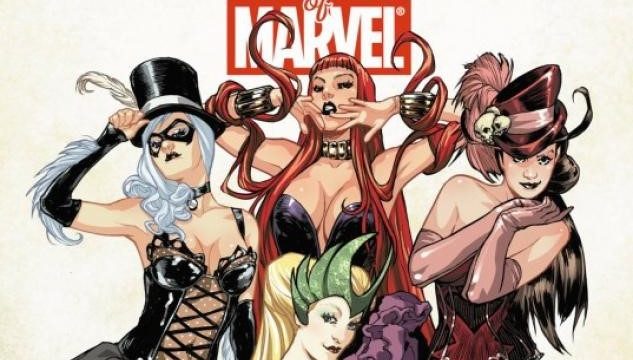 Ever notice how superheroines dress? I have, and I have noticed how impractical their costumes and body types are. The fact that these women perform powerful acts in little to no clothing with huge breasts—that surely must get in the way— is incredible. What I have noticed even outside of superheroine comics is that there seems to be a focus on the female body being as naked or idealistic as possible. When looking at Marvel superheroines/ villains it is clear that women can’t avoid being drawn without being sexualized. Even in more feminists works from Marvel writers like Bitch Planet still utilize female nudity. What is it about the female body that is so appealing? Why is it so often exposed and exploited?

One blogger Alexis Rhiannon explores this idea through Marvel comics editor Axel Alonso’s statement that it is, “impossible not to sexualize female characters.” Part of his defense relies on the fact that their physical skills and role as a super hero lends these women to be sexy and therefore sexualized. The other part, he explains, is because his comics are supposed to be “fun” and “naughty.” What Rhiannon counteracts these ideas with is the fact that with all these male writers and artists in the comic field, these superheroines are going to continue to be sexualized. 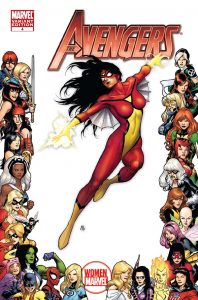 Marvel comic writer Kelly Sue DeConnick is one female writer who combated some of this over-sexualization of superheroines. DeConnick re-created Ms.Marvel into a fighter pilot named Carol who wears a flight attendant suit, and not the typical dominatrix costume. When this happened she was accused of having a “feminist agenda.” So DeConnick combated this with the publication of the Bitch Planet series: A series with an actual feminist agenda. Through aggressively making fun of the ideal woman stereotype, this series critiques the way women are portrayed through the male gaze. Yet, this comic still has several instances of female nudity and/or sexualization of women. This is most likely to draw attention to the streotypes, but there is still exposure of the sexualized and naked female body. DeConnick herself says that the exploitation (and blaxploitation) of women is, “deeply problematic.” 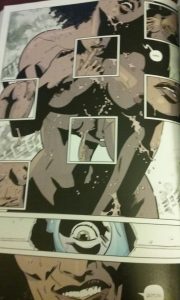 So how do we combat this problem? As Alonso mentions earlier, there are problems with censorship that could lead to comics being less entertaining or less popular. But as DeConnick and Rhiannon explain, these depictions of the female body are absurd and potentially detrimental to female readers. I would be interested to see a comic that combats this with a comic that sexualizes men as much as it sexualizes women. I do not think this would solve the problem over sexualizing female superheroines and the female body in general. However, I do think this could provide some perspective for male comic writers.

Overall, in the comic world and in other forms of visual media there is a clear consistency of sexualizing women and exploiting the naked female body. Women are working to reclaim their sexuality and agency in these mediums. Marvel has certainly improved how it represents women and other minorities, but it and other comics have a long way to go before this issue is properly addressed.

Marvel Editor-In-Chief Says It’s ‘Impossible’ Not To Sexualize Female Characters, Must Not Be Very Good At Drawing