Why do so many people like fanfiction? It has been quite popular for some time, with emerging comics and other artistic works becoming the starting ideas of many new interesting story turn around’s. It is the past time of many who believe there are side stories that can always go along with the main cannon of a particular story or plot associated with a popular television series or book series, and especially with in comes to comic books there are many who believe that they are adding to the widening realm of such an idea.  There is also the concept that aspiring writers like to get their ideas down in a way that allows them to work on their own writing and to become better at it as time goes along. The fanfiction community is a helpful group that allows people to write and critique in a way that helps one another over all in their endeavors in something they enjoy. In such ways there are also many different types of versions of fanfiction ranging from such stories that deal with Star Wars to comic books like The Walking Dead. There are many different types out there because there are so many different takes on certain events of all sorts of creative expression. People have fun with making up their own stories on such a thing like a Chewbacca and Han Solo love story that others actually read these things and enjoy what they are reading because it is a subtopic of the story that still keeps them involved in such a realm that they liked from the start. Lots of people read fanfiction because once the story ends on a particular piece there is nothing more for them to enjoy and so to fill this void people can read fanfiction to continue on with this world that was created that they are particularly drawn into. 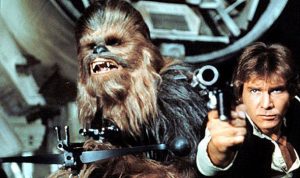 Fanfiction had its beginning in 1998 when computers were starting to becoming more modernized and sophisticated, and with such a change people started to create different stories and ideas to fit their own fandoms and worlds that were becoming popular throughout the world and the U.S. Fandoms are widely popular even today with thousands of people creating communities for the things they have in common with one another that is associated with a particular realm and story line. Because of these fandoms many people then start to write their fanfiction to add growth to these little worlds they build in which they can stay close to the stories they love. Just like any activity someone may like, writing fanfiction can also be something important that lots of people often do to pass the time. You can change the story line at your will to something that you would want to happen more than what was actually done like start a love story, save a character that died off, or go on an adventure that was never made before. The possibilities are endless, and as long as you have a story line you love, fanfiction is a possibility. Especially with comic books, people always love to make fanfiction out of any popular comic out there.