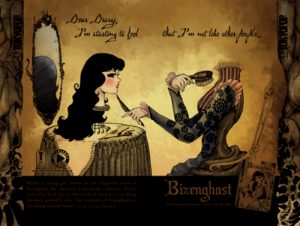 Bizenghast was one of the few manga that made me want to buy the art book Bizenghast: Falling into Fear. Keep in mind I wanted this when I was fourteen. It was probably one of the first art books I ever got. The entire 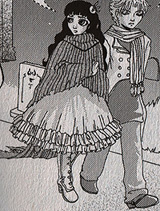 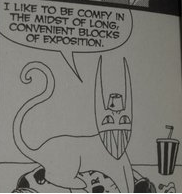 disappears. Dinah accidentally by touching a key Dinah mistakenly agrees to a contract which requires her to “unlock” each grave and have to wake up the
“sleeping” spirits and peacefully send them on their way to the afterlife. With help
from Vincent, they have to release all the spirits and Dinah will be free of her contract. Did I mention Dinah is afraid of ghost? Worst job ever. Many other elements make up the story such as Dinah’s parents dying in an accident when she was young thus leaving her in the care of her abusive aunt looking to claim Dinah’s fortune left to her. Dinah
struggling with schizophrenia among other issues. 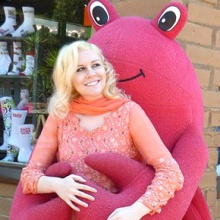 by her pen name M. Alice LeGrow. After she succeed in pitching Bizenghast to ToykoPop editors she worked on eight volumes between 2004-2011. Unlike most manga this one reads from left to right. LeGrow’s style in Bizenghast holds a lot of German expressionism. Which makes sense because she grew up in Germany, until her family moved to the United States. Her passion for comics, especially manga would not arise until she moved to America. Her passion for fashion and gothic elements appears very obviously in Bizenghast. Bizenghast would eventually be turned into a motion comic promoted by Myspace when it was still a thing. Yet you can now watch it YouTube. Her book would also be turned into a tabletop card game (which if anyone finds a copy let me know.) There’s was also an unsuccessful kickstarter for a Bizenghast video game. While Bizenghast’s popularity was very minimal, with the fans that did fall in love with it, it has left a greater impact. This fan would love to tell you more about it. 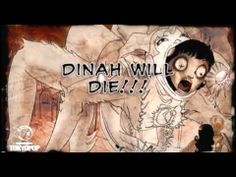 The first thing you notice is what I have mentioned before is the gothic elements. It’s very obvious by the tone 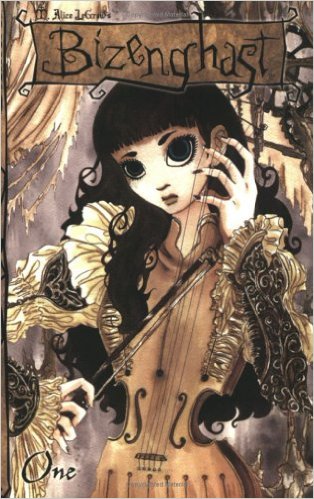 and colors on the cover of the first volume. One of the many reoccurring themes present on this cover is the use of the body to display inanimate objects. In other chapters you see a woman whose body is a bird cage. there are women whose body is window panes. Character with wind up turn keys in their backs. Many of the style elements have lolita style. The creatures in this manga have interesting unique details you don’t really see anywhere else. While the story elements can be weak at points due to fast moving moments with no pacing, and over skim over small details that aren’t hugely important to the story but would help with pacing and clarifying information. Yet the art is very much the opposite the story. You see building with so much insane detail that it breaks the standard for many of Tokyopop’s manga titles. When I talk about the building and their details I’m not underestimating this. There are grand structures with such fine details they almost overlap with each other. The work put into the piece must have been extensive. This detailing also extends to clothes, objects, statues, and graves. While a few pages do have minimal. But a huge portion of the rest of the series is detailed an almost every single page. Going along with dark images you see very disturbing scary images that cause discomfort and unease. Dog with upside down heads, spiders with human heads, decaying bodies hanging from ceiling, and much more. The horror lies more in the images rather than in the story. 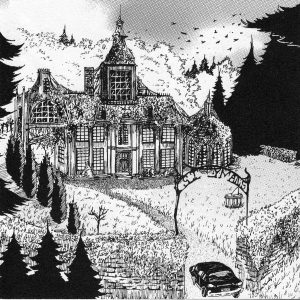 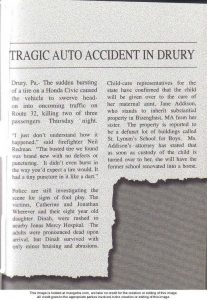 The set up in Bizenghast is also wonderfully interesting. You have a chapter page 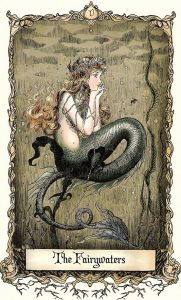 that’s given it’s own “cover” that follows with it’s title. The chapter then sometimes starts with a newspaper article, message, or letter. This helps cover any background elements that need to be mentioned such as a news clipping of the accident that caused both of Dinah’s parent’s deaths. The way it’s framed also looks like it has been cut from a newspaper,
it’s also given this strange texture that gives it that newspaper feeling. Then the story appears after the media clipping. Sometimes the media clipping appears at the end of the chapter and sometimes not at all. It’s disappointing that this isn’t a consistent pattern. I feel like that would have felt like more thought was placed into the story but we can’t always get what we want. We also see interest use of panels to denote movement in interesting ways as well. There is no one set up and varies page to page. So although the story lacks in many ways, the transition through the story is very easy and gives the sense of movement. I believe this is why it was effective as a motion comic.

The story plays out very well. Dinah is resistant to this change in her life due to her fear of ghost. Throughout

the story we see her growing as a character becoming more independent and taking charge of her situation. At the end of the first book she’s offered the chance to pass her contract onto Vincent, who was will to take the contract. She at first was ecstatic but then realized this was something so would have to deal with on her own. This narrative of the hero becoming strong and more capable is nothing new. It would call it a feminist story. The way LeGrow describes Dinah and her journey in the kickstarter sounds exactly like a feminist story. We see characters around her changing and noticing her changes as the story goes on. She become a rock rather than depending on someone else. LeGrow’s series has moments that feel like your reading Grimm’s fairy tales. Almost every spirit is a female with interesting stories. Not all the spirit are good and kind. Many died due to their poor qualities.

I had to dedicate an entire section for my favorite character, Edaniel. He takes the appearance of what looks 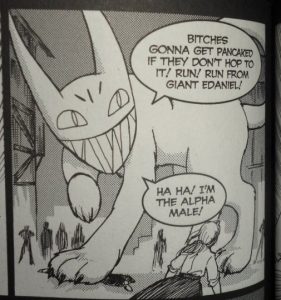 like a cat. He says he’s green due to “grass stains.” Although the cat is just one of his forms, another being human-like form. This sarcastic wise ass is a guardian that helps the two verbally because he cannot physically help them. He is the most interest character in my opinion because of his unique and fun personality. He really drive the comedy in this series and makes it feel a little less like a horror. His appearance is also very interesting and could be consider an element that hold up the story’s darker and disturbing images. He is literally a cat like creature with no nose, large unsettling teeth turned into a smile, and green. Much of the dialogue the character has is one of the best parts of this series. It can be argued that he drives much of the comedy in the series with his comic relief. Thinking in term of him being a there to help by not physically makes you think of comedy relief as well. The comedic relief is there to add nothing more than a laughable moment to the current moment. It doesn’t effect the moment or change anything. Edaniel is not only a comedy relief in a physical sense but also in his ability to do nothing in the story except adding a few laughs here and there. That being said Edaniel is an amazing character with great backstory. 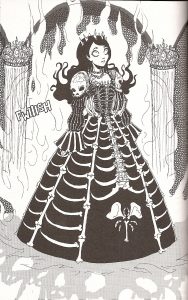 In conclusion, there are many elements to the story that come together in strange and wonderful ways. While this post might seem a little jumbled, there are so many great things to mention about the series that it’s very difficult to focus on one. All these elements and small details come together to make a beautiful manga with semi-decent story. The entire comic is a feast for the eyes and I find myself stuck on a page long after I have finished it. All the small details in the art really bring out some amazing elements of the gothic. From it’s tales to it’s main story line it’s truly spoopy indeed. 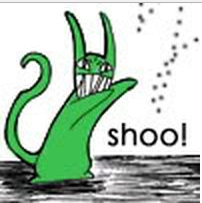