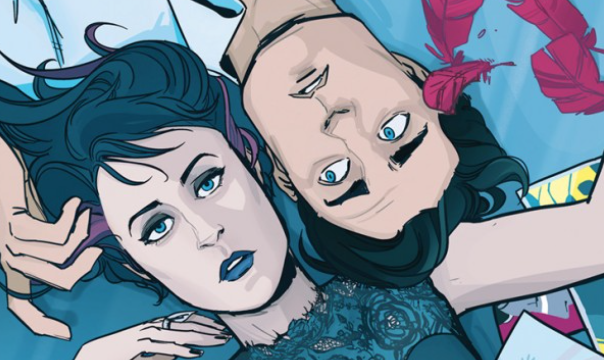 I was pursuing on Twitter a few weeks ago when I came across the account of a woman named Lilah Sturges, a transgender comic writer. I went through her twitter and felt inclined to reflect on some of her statements for my next blog post- so here I am. 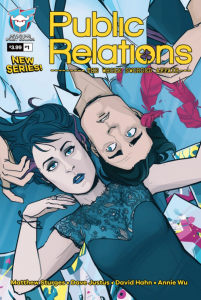 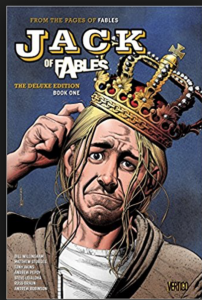 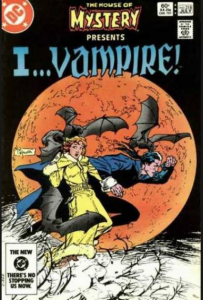 Lilah Sturges is known for comics such as House of Mystery, Jack of Fables, and Public Relations, and has been nominated for an Eisner Award. In an interview with Sam Riedel for Barnes & Noble (linked HERE), she discusses the importance of names, her coming out story, and her future plans. I found the article incredibly interesting, and so I wanted to discuss a few aspects.

As a disclaimer, I am a very societally privileged person. I am a straight, white female and I am in no way trying to make it sound like I could even remotely understand her struggles. I just found her extremely inspiring and think her story deserves more recognition.

A fun fact about me is that I love names. I have had a list of names that I love living in my phone since I was in about 7th or 8th grade, and add to it constantly. I think names are so important to a person’s character, so I can’t imagine how difficult it must be to have to choose another name for yourself, and in a way, completely reidentify yourself. Now, for some people, this might come easy. People who sense they’re trans for longer periods of time, or have always identified as a certain character (Kind of like Lilah’s “perfect girl”), but I can imagine it must be an extremely anxiety-provoking thing to be the one deciding the name everyone will refer to you as from that time on.

In the article, Lilah agrees that names are extremely important, and that it is part of the reason fantastical narratives intrigue her so much. Lilah says this is also because, “So much of my own personal life, especially as a child, was spent indulging in fantasy.” The idea of fantasy and magic was a big coping mechanism for her uncertainty in herself, and that uncertainty also gave her limitless imagination, which is perhaps why her comics are so wildly successful.

She has bits of herself and a wide variety of her narratives. She even mentioned that in House of Mystery, Fig is essentially her. All of her thoughts and feelings come directly from her own experiences. I think this is extremely fascinating because as an artist myself, and artist through acting and other theatrical works, I often cope with things in my life through that art. I have little bits of myself in al of my characters, even though I didn’t write them

In a play I’m in now (which opens on March 22nd in Studio 115 if you’re interested), I play the mother of a man who doesn’t know if he was sexually abused as a child or not. At the surface, it seems like I would have nothing to identify with, but I do. Cathy, my character, blames herself for this possibility- and blaming myself is something I am no stranger to. I think it’s incredible that although Lilah and I have almost nothing in common, we can share that.

I think the most interesting thing I learned about Lilah in this whole article is the relationship with her dead name, Matthew. I have quite a few peers who are transgender, and all of them have a very hostile relationship with their dead name. They don’t want to see it, or hear it, and they would like it to remain as “dead” as possible. Lilah mentions that while there is a bit of uncomfortability there, she respects the name, regardless. It reminds her of how far she’s come and where she’s going. It reminds her of her perseverance. I think that is incredibly, undeniably strong.

Representation is so important, and the fact that Lilah Sturges can act as a role model for any LGBTQ+ person, especially a trans person, to remind them that success IS possible regards of how you see yourself/identify, is incredible. I am not a huge comic reader, but I am inspired to check out some of her work, particularly House of Mystery because of how much she identifies with the main character, Fig.

I encourage all of you to check out her work, show some support, and do more research on her and other people breaking down the conventional barriers of representation in literature, comics, media, film, etc.