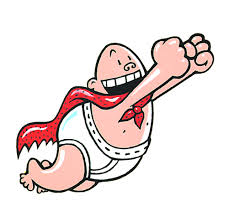 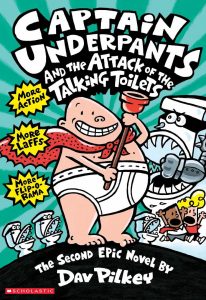 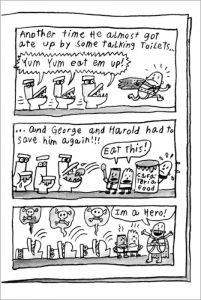 Captain Underpants Is a novel that is directed to young children to give them some fun and adventure while at the same time addressing problems of bullying and bad school lunch and other relatable things for elementary and middle school aged children. There is no website created specifically for the Captain Underpants series but, there is a site for the author Dav Pilkey. www.pilkey.com