If you imagine explaining comic and graphic novel genres to an alien, it might look like something out of the Mean Girls lunch tour scene. Webcomics in particular are interesting to look at because they don’t require any capital investment before reading. The author creates the story in front of an audience who consumes the work for free in exchange for looking at ads.

The LINE Webtoons publishing platform in particular to look at through this popularity lens. For one, each comic has a similar physical structure. The installments are meant to be read on a phone, laid out panel by panel in one vertical strip. within this, authors have the ability to play with the infinite canvas through the use of negative space and extended gutters.

In terms of genre, half of the most popular comics are romances. There is one representation of each other genre: thriller, fantasy, slice of life, comedy, and drama. This leads me to believe that romance in general is the most popular Webtoons genre. The target audience of Webtoons should have the same list of popular series in the same order. By comparing age groups and gender, we can see that females in their 20s have the same popularity list. Therefore, the Webtoons audience is primarily women in their 20s. 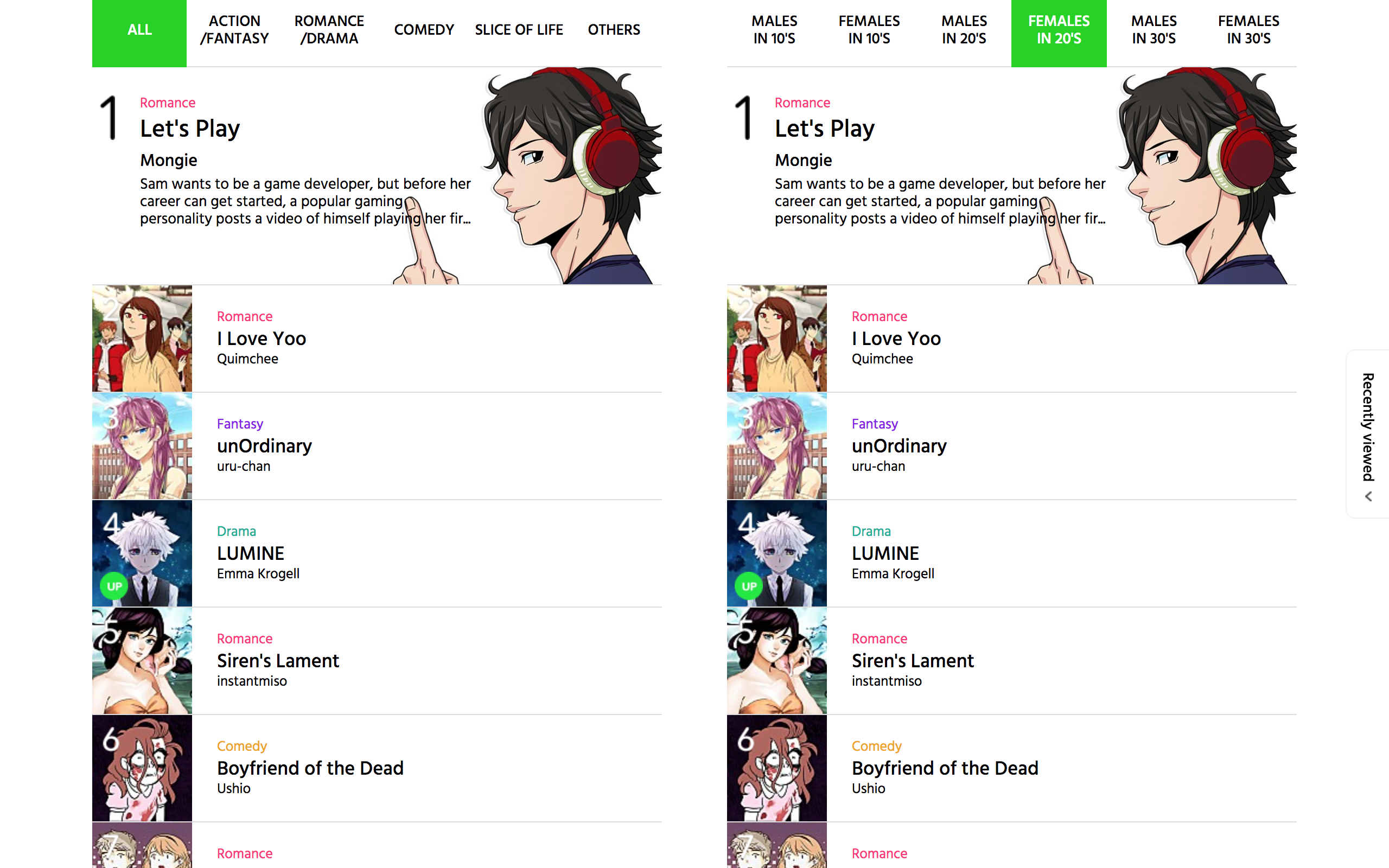 But what else is there? I skimmed through several chapters of each comic on the list and noticed some similarities:

and something that we haven’t seen yet: sound integration. A majority of these comics had sound effects and music. 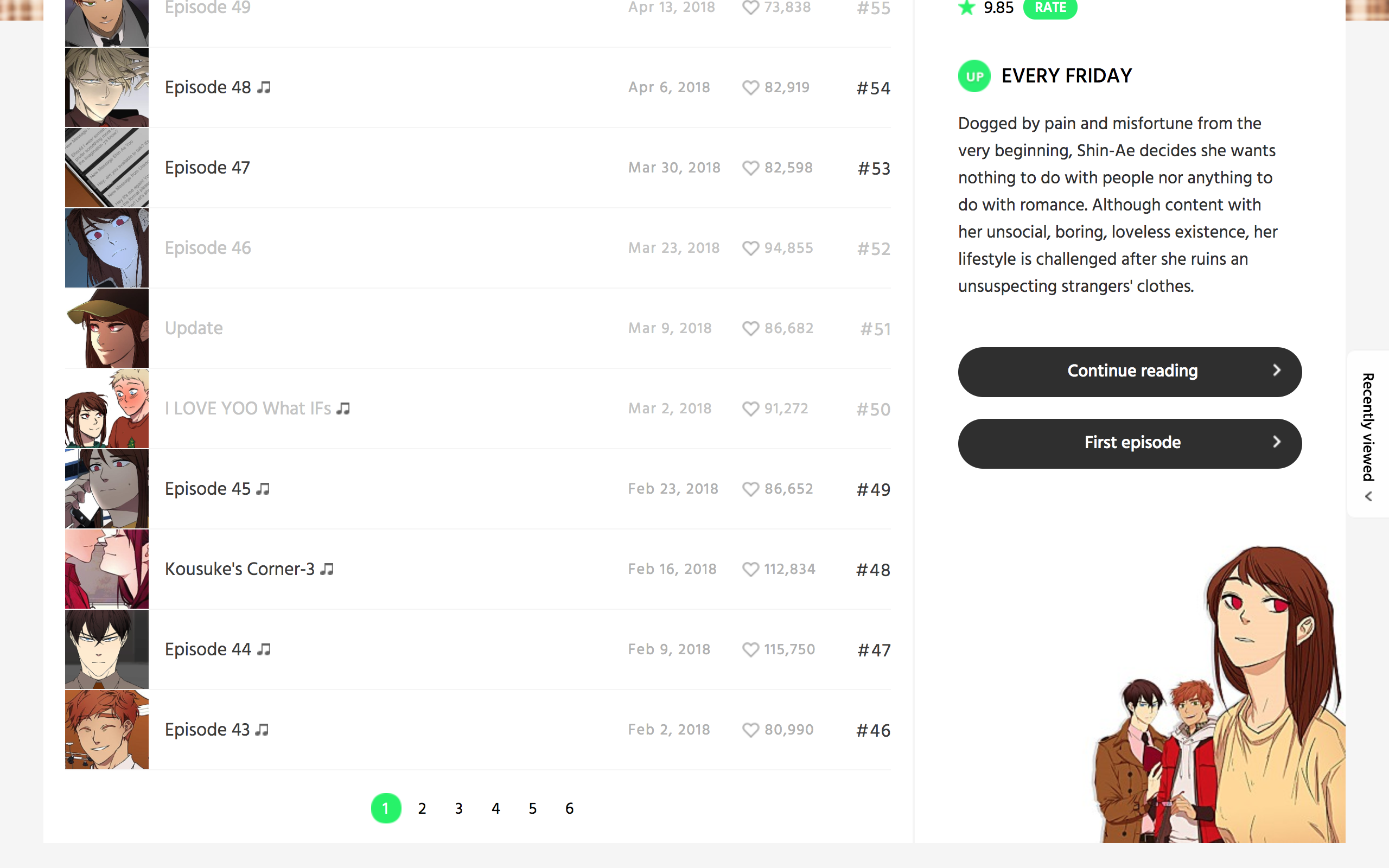 A Different Kind of Comic