**Spoilers for The Boys comic series and Amazon television show**

When it comes to superhero adaptations we’ve seen all sorts of examples. With the MCU being such a prominent force in entertainment people expect a certain amount of effort to adapt their favorite superhero storylines and when it comes to comic accuracy plenty of scrutiny arises from the fans. When looking at comic series The Boys, written by Garth Ennis and illustrated by Darick Robertson, and how it has been adapted to an Amazon TV show we see some of those things too but it doesn’t seem to receive as much scrutiny as some of these big franchises do. Why is that? The Boys doesn’t actually rely on comic accuracy or direct adaptations like some other series do. In fact, The Boys as a comic is only moderately well received and isn’t really the greatest story in general. The show really only uses some of the most basic elements from the comic when creating their story and it does so to its favor in order to further satirize the superhero genre and our current society. 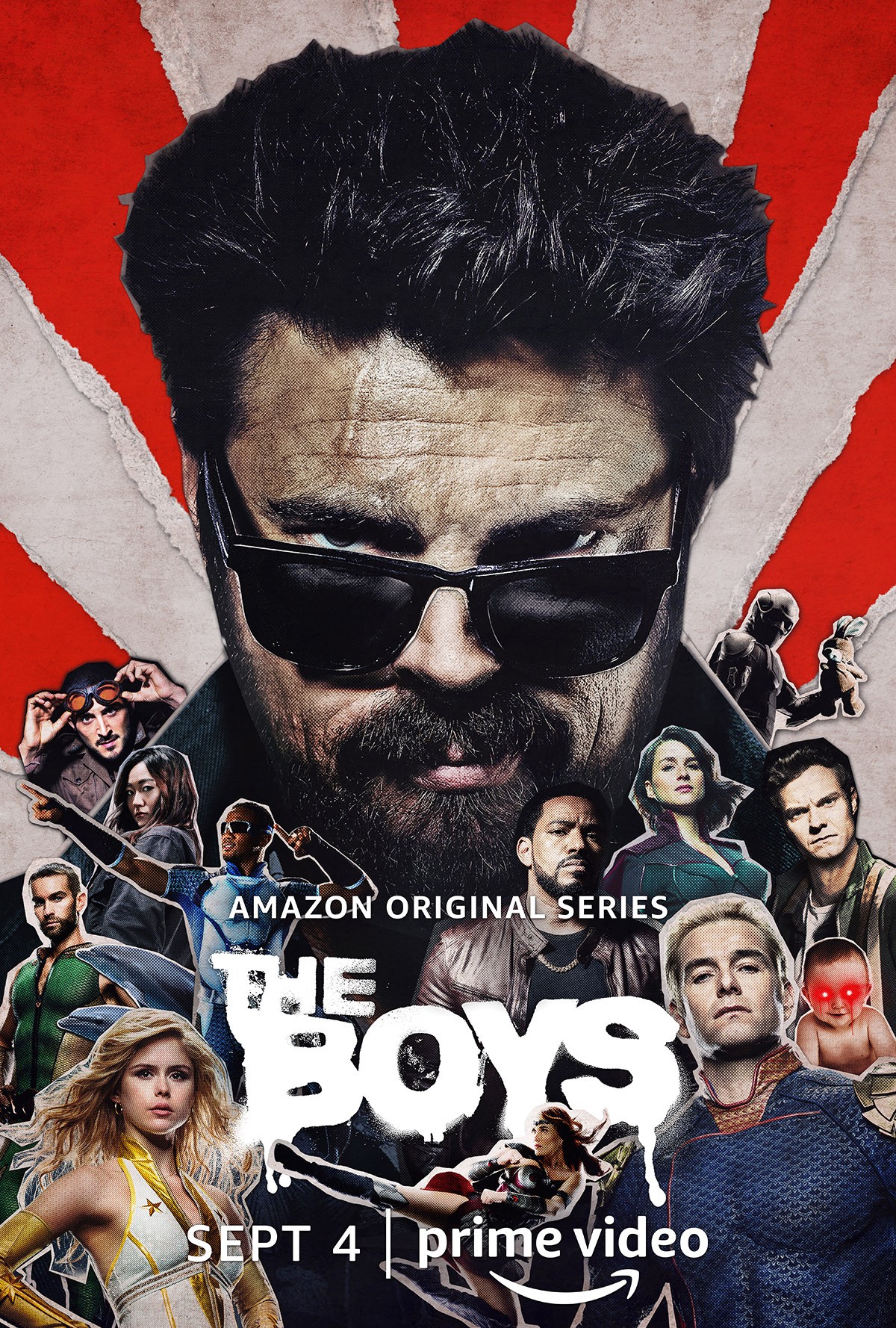 The original comic, in my personal opinion, is actually not all that good. There are very cool elements to it but as a whole it relies heavily on shock factor and as the story goes on it indulges a little too much into the tropes of the superhero genre to the point where it feels like less of a parody of it. The show fixes a lot of these issues. Don’t get me wrong, the show is still gory and shocking but it feels more necessary to the story than the comic does. There is no reason to depict a hamster crawling out a man’s butt with no real explanation. Which is something that happens in the comics. Another use of shock being the sexual assault of Starlight. In the comics not only is this scene dragged out between many pages and even issues but it has no redemption or resolution that justifies the use of it in the story. It’s just used to show the evil of this worlds superheroes. However, in the show Starlight still faces a similar fate but instead she later exposes her assailant to the media and we see actual consequences not shown in the comics. Overall, Starlight is much more characterized in the show and can hold her own rather than falling into the trope of being the helpless damsel in distress that is seen in the comics. This is just one example of the Amazon original taking a dead end story element in the comic and making it justifiable in a sense. In general the comic uses SA as a joke or for a shocking moment often but the show takes it much more seriously and allows it spread more awareness of sexual assault in different contexts.

Regarding superhero tropes the one that stays consistent between both mediums is the fridging of Robin. Robin is Hughie’s girlfriend and in both the comic and show she’s killed by speedster A-Train leaving Hughie with only her severed hands to hold on to. In the comic they make no effort to divert from the fridge trope and Hughie joins The Boys pretty quickly because of his desire for revenge. In the show however, Hughie understandably has some hesitations about joining a group like The Boys diverting itself more from the typical superhero trope of the immediate desire for revenge. The comic also relies heavily on the presence of super powers rather than strategy and planning like the show does. Realistically, there is no way The Boys would be able to take down a superhero without powers. In the comic they alleviate this problem by taking a drug that temporarily gives them powers. This totally eliminates any major power dynamic between the supes and The Boys. This isn’t an option in the show at first. It forces the characters to actually solve problems and in the first season they only successfully kill one superhero whereas in the comic the first superhero they kill occurs in the 4th issue and it happens with one swift punch by a drugged up Hughie. In the newest season they finally introduce a form of compound V that give The Boys the option to temporarily get powers but it doesn’t come without conflict amongst The Boys and bodily consequences. It makes it a much more interesting plot device. Being that the principle of The Boys is that no one should have that power of course internal conflict would arise from some of them choosing to acquire that power while some are still very much against it. This also diverts more from superhero tropes because in The Boys comic a lot typical superhero comics the protagonists aim to level the playing field and fight fire with fire. This is kind of a childish idea and quickly gets old.

Another thing that the show does that the comic doesn’t even consider doing is satirizing our current society. In the show it is able to directly parody popular culture with things like Vought being the shows equivalent to Disney. Even going so far as to having a Vought+ streaming service. It does this not only to relate to our lives but to show the behind the scenes of things like Hollywood movies and reality TV and point out the problems with them. This works along side of the supes and how they’re presented to be great heroic figures but in reality are power hungry and just some real pieces of shit. The newest season even goes so far as to characterize the main villain, Homelander, as a far right figure head similar to Trump and he gains a lot of unquestioning followers despite his atrocities. In fact, many Trump supporting viewers saw Homelander as a hero and even dressed up as him during rallies further proving the point made against our current political climate and that political group. 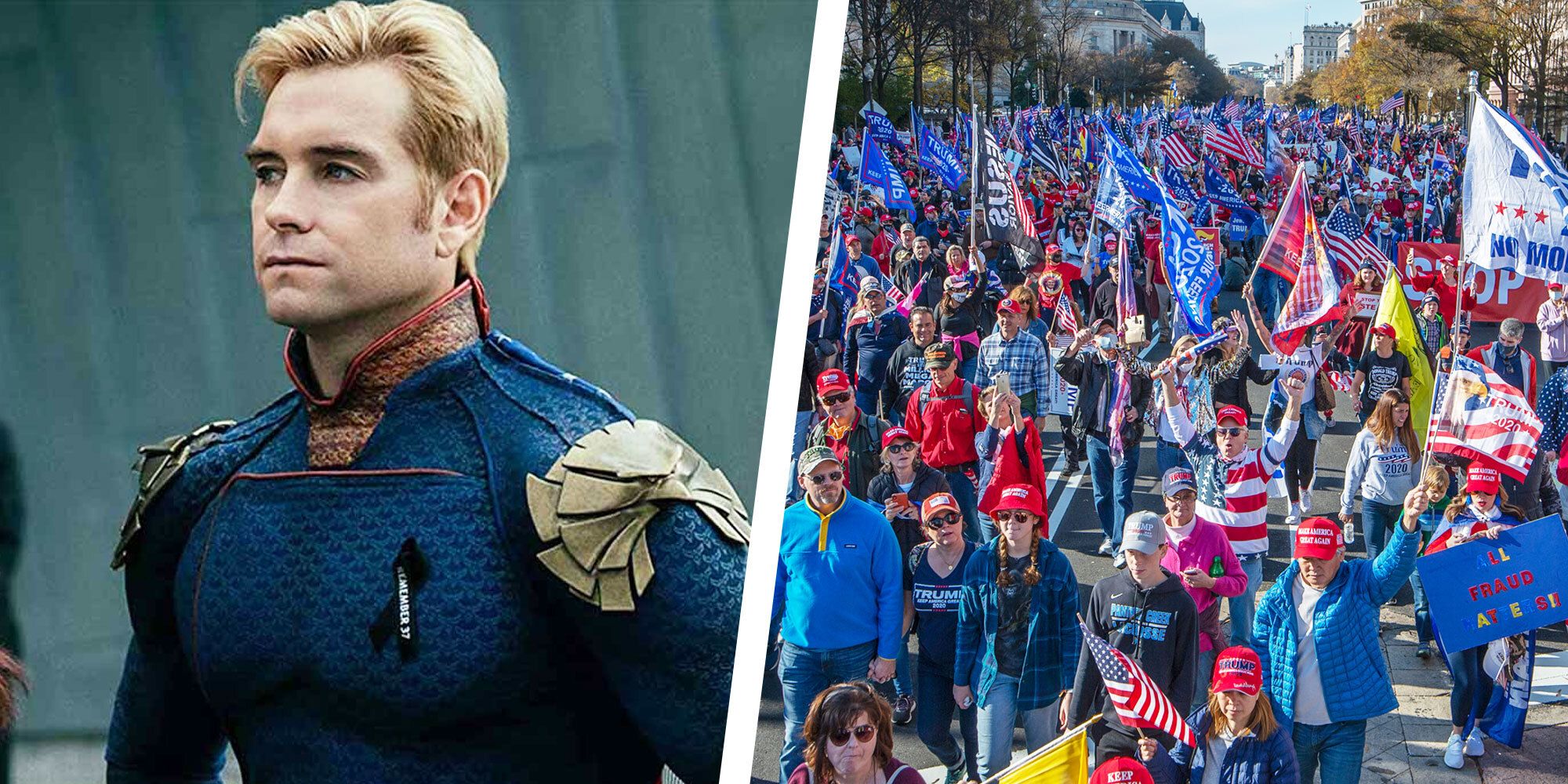 Overall, the story depicted in the comics is gory and very one dimensional. It heavily appeals to edge lords and fans of dark humor but doesn’t provide a very well rounded story for fans of the superhero genre or fans of satirical superhero comics. The show picks from the small redeemable elements of its source material in order to create a much more complex and nuanced story from season to season. I look forward to how what they do in future season.