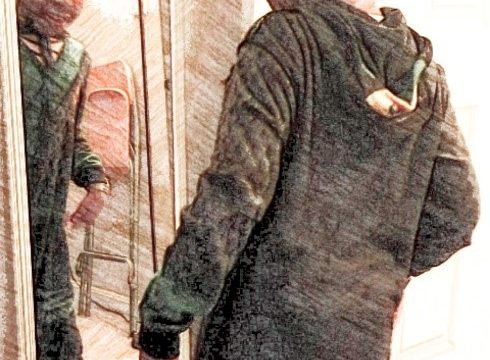 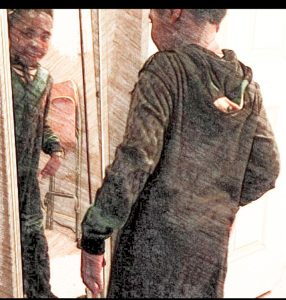 One of the things that my grandson, PJ, loves to do is to look at his reflection anywhere he can see it. He talks, laughs, dances, and loves doing various poses. Watching his growth changes throughout his short nine years has been a joy. PJ has gone from being reclusive, except with his mother and father and two sisters, to being interactive with even more family members. 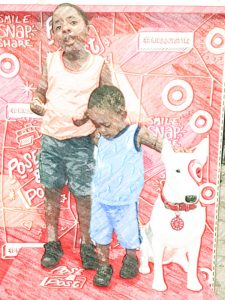 It warms my heart to hear him address my husband and I with, “Hi, Grandma and Hi, Papa,” when he sees us and when he leaves to tell us bye. At times he even says, “I love you.” This is exceptional to us because he was nonverbal for quite a while. Now, he can express himself although he does so limitedly. For quite a while, PJ would only feed himself with his hands, cramming all that was in his hands into his mouth. On his last visit with Papa and I he sat at the table and fed himself with a fork. To be able to see his progress now gives us high hopes regarding his future development!!!

PJ is doing well in and out of school. He attended a public elementary school for years. When entering his school, he liked to go into the principal’s office and greet the staff. Now he is being homeschooled and is doing exceptionally well with one-on-one attention. His mom, my daughter-law, is amazing with him. PJ’s improvement since being homeschooled is nothing short of amazing. He’s begun to swim, played on a soccer team, and has begun to interact with his younger brother, who is six years younger than he. 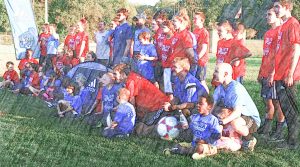 Although PJ’s future is uncertain, he has a happy and healthy present. We pray that he grows to be independent and able to care for himself. I’ve read some interesting and encouraging stories of other parents who’s autistic children with similar characteristic as PJ have been able to do just that. Click on the links below and let your hearts be warmed by success stories.

My daughter-in-law and I have had frequent conversations about his future – what does the future look like for him? Who will care for him in his parents’ absence? Will he be able to hold a job? Will he be able to express himself adequately when necessary? So many questions. So many unknown answers. I came across an article where another parent expressed the same concerns. Reading her article was very encouraging. I encourage you to read “What Will The Future Look Like For Someone Like My Son” about a mother’s concern about her son’s future, accomplishments, and the administrative care that was put in place for him. I also found another article with the same expressions on the website “My Child Without Limits”. I encourage you to read that site as well. 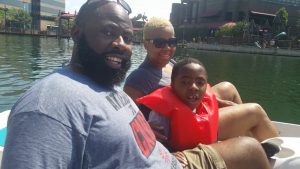