The movie Black Panther came out recently and was instantly a box office hit.  Even though people instantly loved the movie, The director made a few big changes from the original comic book series.  These changes could have made the movie very different.  One change was that T’Challa takes over the throne at a younger age.  In the movie, he was in about his 30’s,  in the comics he was in his late teens to 20’s.  Another change was that Erik Killmonger grows up in Wakanda. In the comics, he was born in Wakanda and then moved to harlem due to being exiled from Wakanda. In the movie, He grows up in Oakland where he determined to avenge his father’s death. A third change is that in the comics Nakia is a jealous lover. Nakia and T’Challa had a fun and lighthearted relationship, but this is very different in the comics. In the comics She is a very jealous lover who gets kicked out of Wakanda for plotting to kill, the kings ex girlfriend. She then teams up with Killmonger and adopts the name Malice as her villainous alter ego. If none of these changes were made, the plot of the movie would be very different. Regardless of the changes, People still loved the movie and were very happy with it. 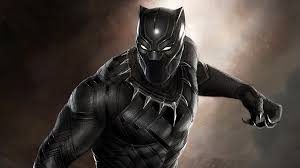