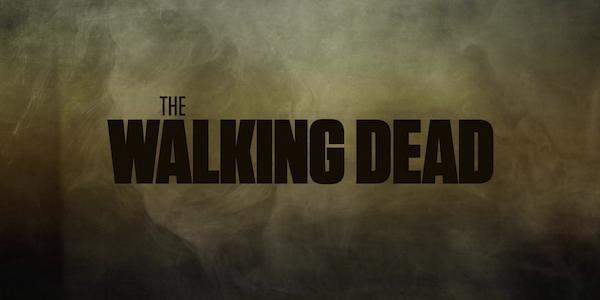 I have always loved the TV show, The Walking Dead. Ever since it first showed, I was one of the few fans that supported it from the start to now and I still continuing to support and watch it. Your heart races a mile a minute while watching the episodes. The anxiety that this show causes is unreal. You become so involved with the episode you’re watching and you are always on edge, balling your hands into a fist, sweating, pulling at your hair, your jaw constantly dropping to the floor and sometimes even crying, all because of how unpredictable this show can be. You have to watch to see who makes it out alive. This show has shown us that anyone can go at any time. It doesn’t matter how long they’ve been on the show or how big their role is. It feels like a slap in the face when we see a major character get killed off. How could they do such a thing. If any of the major characters get killed off, we all swear to stop watching the show…well at least that’s what I thought when Shane died…but look, I’m still watching it!

Since I am such a big fan of this show, I have read the comics of The Walking Dead. I want to look at the pros and cons about the comics and the pros and cons about the show. Starting with the comics. One of the biggest pros about the comics, is that there was never a successful series based around zombies. The world leapt off the page, which is a good thing. The characters were identifiable for the most part in the comics, but I will go into detail within the cons with the characters being identifiable. The dialogue reads like a breeze, and sometimes the pages seem almost too small to contain all the words of these wonderfully developed characters. It reads fairly easily because the plotline is fairly simple. Survive at all costs and do what you have to do. Luckily for us living in an easy world, reading these comics created within another world with zombie chaos makes for fun reading. The accuracy of some of the drawings is another bonus for some characters. Each character has a distinct look and personality.

There are very few things wrong with the first few issues. The opening issue is probably the most engaging read in a long time. But as the comic progresses, it seems rather hectic at times. They jump around from towns and places making it a bit confusing. The book seems to also have no regard for a connection that has been built with a certain character. Rick meets them in Atlanta, Rick and Shane have an argument. Shane is killed and they move on. Same with Hershels farm, it takes too short of a time frame and on to the prison. Things are nonstop at the prison, with zombie killing action and slaying of characters. I think the comics need to slow it down sometimes and allow these characters to have a whole hearted human moment, like the show portrays. Some of the characters do not look identical to the actors on the show. To me Rick looks like he needs more emotion in the comics within his face. When reading the comics, reading Ricks face does not give the same effect as watching the show. In the image above, Ricks comic face expresses fear and in the show it expresses bad ass. I think the comic needs to relate more to the show because I believer people favor the show. Now I will talk about the show.

Seeing the imagery of the comics come to life is probably the most rewarding piece of television entertainment in the past decade. The Walking Dead show is an awesome hit, and the first season kept things fresh. With only six episodes, they had one end with a wild attack in the middle of night. The show has had multiple scenes of many characters in peril because of zombie attacks. The major difference between the show and comic is probably the biggest asset the show has is Jon Bernthal as Shane. In the comics Shane dies within 5 issues as a result of losing his mind and Carl (Ricks son) having to shoot him. Bernthal has chemistry with everyone, Shane has tense interactions with most people in the camp. It adds an opposing force to Ricks leadership, and from a dramatic stand point it works. Shane has been refined and his descent into madness has been written perfectly. The difference between Shane here and in the comics, is that you can identify him with his bold decision making because desperate times call for desperate measures. Now to the cons of the show… if there are any!

The show is by far perfect, season one at Hershels farm has been good, but it dragged out. All though the payoff was worth it being a fan of the show, it just took too long to get there. The show takes too long to reveal secrets. There is still a secret lingering from the end of season one. I knew what it was but that’s because I have read the comics. There are redeeming qualities from both for sure. I think the show is slightly better however. Watching the portrayal of emotions is much cooler then reading them, especially when it takes place within a zombie apocalypse world. Reading the comics is an anxious experience but watching the show, hearing the sound effects makes it feel like your living it.

1 thought on “The Walking Dead comic or show?”