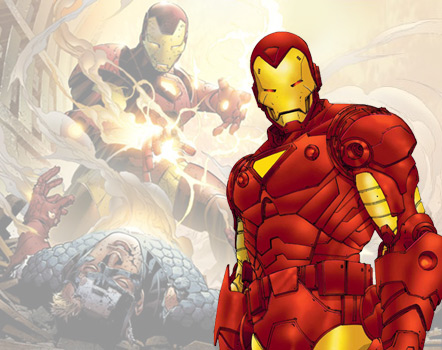 With the rise of Marvel Studios in the film industry, they have started to turn their most beloved comics into movies. For those that had not read the comics associated with each movie, the movies are a segue into the comic universe where those new readers understand that differences are bound to happen as movies are never too accurate. However, for those that read the comics before seeing the movie cannot help but point out the differences that appear in the movies because they feel injustices are happening to the characters. Everyone is entitled to their own opinions though, so after pointing out some of the differences between the Iron Man comics and the first Iron Man movie, you can decide if the movie has kept the essence of who Iron Man is or not.

The plot of the first Iron Man movie is actually pretty similar to how Tony Stark created the Iron Man suit in the comics:  a weapons test goes wrong and he is captured by terrorists who want him to create a weapon of mass destruction and he in turn creates the Iron Man suit and escapes.

One of the first differences is that Tony inherited Stark Industries from his adopted parents after they passed away. In the film, Tony inherited the company from his biological family whom raised him. Though Tony still uses his money to have a good time.

In the comics, Jarvis is the Stark family butler, not the computer system that helps Tony out and basically runs his life.

In the movie, Obadiah Stane is a close friend of Tony’s parents and helps raise him but in the comics Stane is not. He doesn’t like Tony at all and tries to take Stark Industries from him.

The most major change between the comics and the movie is that Pepper Potts and Tony do not enter into a romantic relationship as the movies depict. She actually marries Happy Hogan who was Tony’s chauffeur. Movie fans might remember him as the one who fought Black Widow (who was undercover as Tony’s new assistant) in the boxing ring.

Those are only some of the few differences that are between the comics and the first movie. Not everything that happens in the comics can be translated onto the movie screen as there are things to think about like the length of the film and how much action and plot can happen so that those unknown to the Iron Man character do not get confused. It is important to note that movies are only adaptations of the comics so there are going to be changes that happen but those changes don’t necessarily change who the character is at their core. So, do the changes mentioned take away from who Iron Man is or do the changes not really matter too much in the grand scheme of things?