Almost everyone knows who Scooby and the Mystery Gang are. And throughout the years the fans have gotten use to the gang’s appearance and their story line which has not changed a whole lot. But just recentl 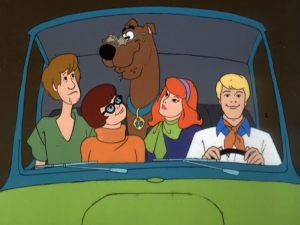 y Scooby and his friends have gotten a huge update. In a new DC comic called “Scooby Apocalypse“, Scooby-Doo and the gang have moved on from unmasking fake monsters to fighting real monsters. Besides from getting a new purpose the gang also gets a whole different look. They went from being innocent like teenagers to badass monster hunters who want
to save the world from a mutating population. This type of reboot/ remake isn’t actually that big of a surprise if you think about it. With the originals fans of the shows and movies now all grown up its no wonder that DC comics came up with the idea of making the beloved cartoon characters more mature. The comic isn’t just ta 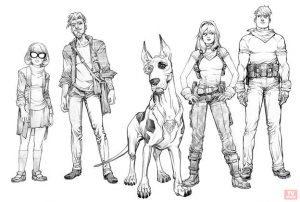 pping into the nostalgia that fans of the old show have it’s also using the current craze of post-apocolyptic stories to bring in new fans. This remake also shows how the world view of the old fans have changed from being innocent and knowing that big scary monsters aren’t real to believing that they are, but that they come in different shapes, and how you have to stand up and fight them yourself. Scooby Apocalypse also represent how the youth from when Scooby and The Mystery Gang were just starting out has grown up and become their own person.