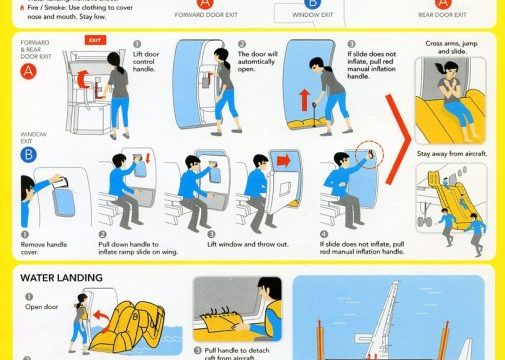 What do qualities are necessary for something to be deemed a comic strip? Words? Panels? Pictures? We briefly touched on this in class, and I was interested so I wanted to dig into it more. When most people think of comics the Sunday paper pops into their minds. The strips of panels filled with doodles and text that tell a story. One of the most well known comics in The United States are the Charlie Brown – Peanuts strips, pictured below. 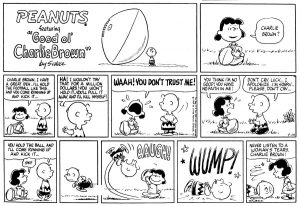 Merriam-Webster defines a comic strip as “a group of cartoons in a narrative sequence”. This definition goes along with the previously mentioned requirements for a comic. Which leads me to the question, are the instructions that include pictures a comic? Steps for cooking a cake? For building a dresser? What about for an emergency airplane water landing? Are these considered comic strips? 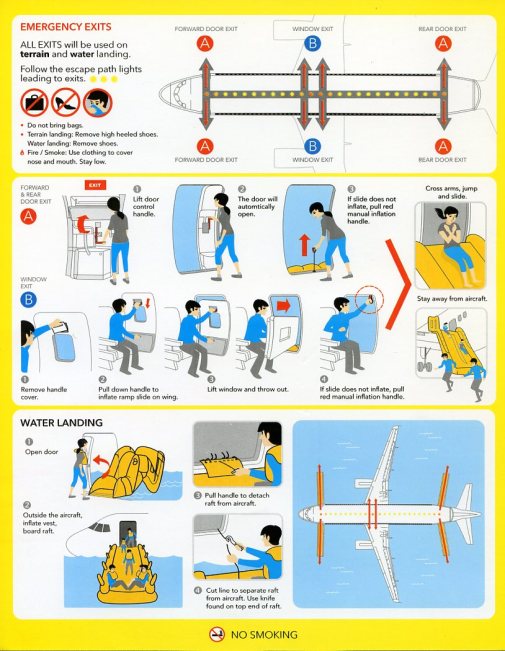 Is the picture above not a group of cartoons in a narrative sequence? Does it not consist of panels, text, and pictures? Things like this really question what a comic is, and what a comic means to our society. Although the narrative being told is informative instead of comedic I do believe that this is considered a comic. Just because comic is derivative from the word comedy, does not mean that all comics must be for pleasure.

Comics have opened up the way our society expresses itself, and understands stories. However, just because comics opened up the creative gateways in our minds does not mean we should limit what ‘is’ and what ‘isn’t’ a comic because of its content.

This is an interesting read on the history of comics and how we got to present day comic strips if you are interested!