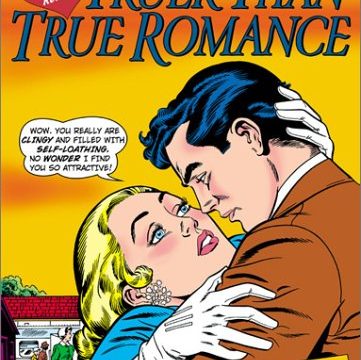 If you’re looking for proof that you can publish a comic disassembly project, look no further than Jeanne Martinet’s book, Truer than True Romance: Classic Love Comics Retold. The compilation, published in 2001, parodies classic romance comics of the 1940s-70s by replacing the old dialogue with a new, satiric take. 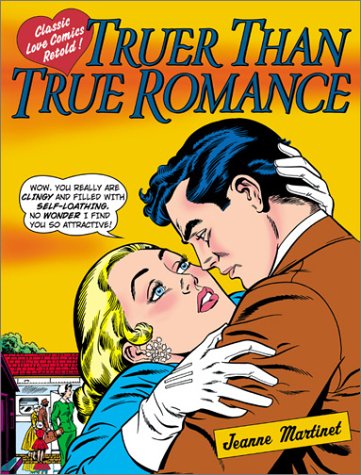 While the images are pure, old world romance, Martinet’s dialogue is for the modern cynic. The square-jawed, blue-haired men are either manipulative, moronic, or already married, and the beautiful heroines spend their time biting their pillowy lips and wondering why their lives are so damn terrible. As twisted and improbable as the stories often are, they still somehow manage to seem more realistic than the original sappy depictions of romance. Martinet herself explains in the introduction that these drippy, dramatic romance comics were what warped her notion of love. Now, it seems, they’re going to get what’s coming to them.

One of my personal favorites was the issue “Too Dumb for Love!”, originally “Summer Heart”. The story takes place in the town of Sea Crest, where all the locals have become, for lack of a better word, stupid. The government sends over handsome E.P.A. representative Paul, who captures the heart of our beautiful but idiotic heroine. (We unfortunately don’t find out her name, as she can’t quite remember what it is.) This well-chosen plot does an excellent job of playing on the vacant, glassy expression of the comic’s heroine, making it almost impossible to imagine how the original dialogue could have justified such a comically empty stare. 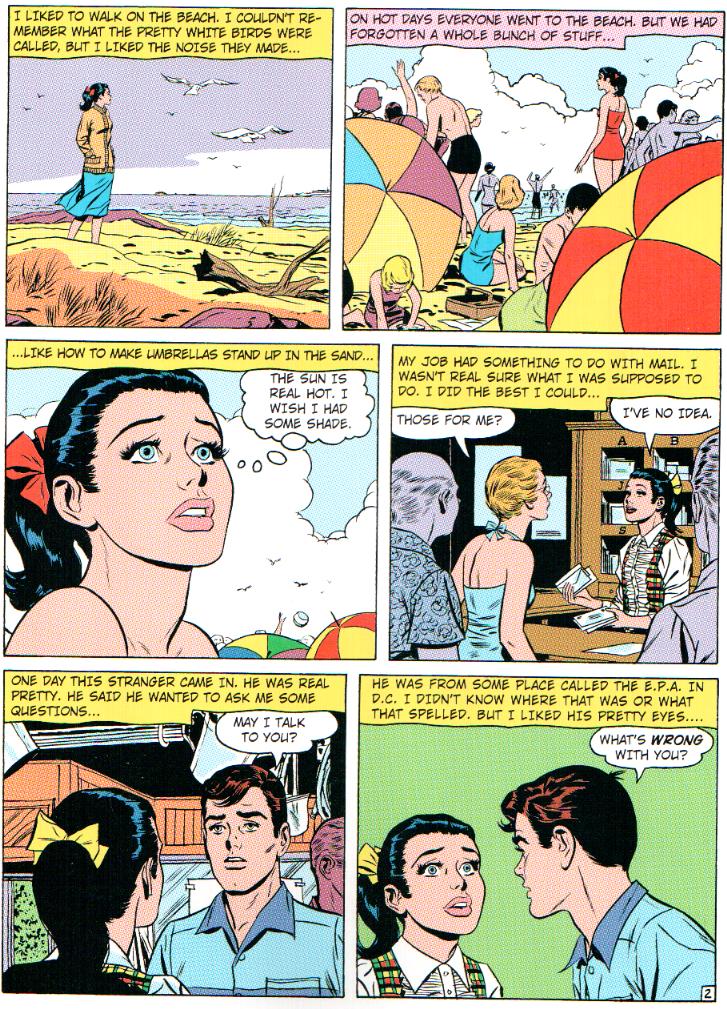 Martinet’s skill is in finding the humor inherent in the original images, then calling out those absurdities in her updated version of the story. It’s no easy task to keep a joke running for eight pages when you can’t even control the setting, but she manages to pull it off.

One of my favorite examples in in “Too Dumb for Love!”, in a scene where the heroine wanders the streets alone in the evening. Taking the original panel out of context, the image is admittedly strange. The girl is dolled up in an ridiculously over-the-top dress and accessories, and the number of other people out in the streets seems oddly high. In Martinet’s re-imagining, the joke is that none of the citizens can seem to remember where they live. Unable to find their homes, everyone just mills about in the street. Meanwhile, our heroine stares off into the distance and wonders vaguely why she’s so overdressed.

Another fun addition appears in the form of joke advice columns by “love experts” in between issues. This was evidently a common trend in romance comics of the day, and Martinet does a great job creating 1950s era columnists with 21st century attitudes. Overall, the whole collection is wonderfully funny, and makes great use of comics that might otherwise, to the modern reader, not be worth a glance.