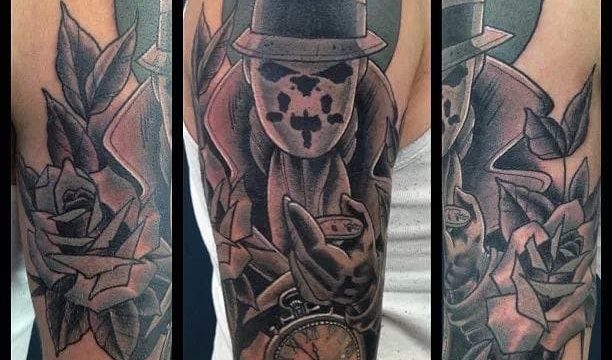 Can Tattoos Be Graphic Novels?

That’s the question I am looking to answer.  There are a million styles in tattooing: American traditional, black & grey, tribal, realism, water color, neo-traditional, and so many more.  So, among the billions of tattoos done over time, have any of them been a graphic novel or comic?  I would think so!  To determine the answer to this question I will be using Scott McCloud’s definition of a comic: “Juxtaposed pictorial and other images in deliberate sequence, intended to convey information and/or to produce an ascetic response in the viewer.”

Tattoos That Tell a Story 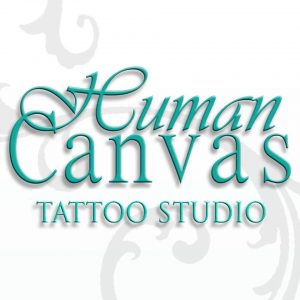 I work at a local tattoo shop in Fredericksburg, Virginia called Human Canvas Tattoo Studio.  Through working the front desk, I have spoken with hundreds of people about their tattoo ideas and discovered that (whether or not I inquire) most people have a story behind the tattoo they want to get.  It could be a memorial for a parent, grandparent, child, or pet; it could be something that means a lot to their child or significant other; it could be their favorite anime or comic book character.  Realistically tattoos could mean anything.  Or they could mean nothing at all as many of mine do; it all depends on the person.  However, having a single tattoo that has a meaning behind it does not fit the description of a comic because, even though it is “intended to convey information and/or produce an ascetic response in the viewer” it does not have “deliberate sequence.”  So, much like a single picture cannot be a comic, a single tattoo cannot be a comic in my opinion.

But What if a Tattoo has Multiple Components?

Tattoos in the Form of Comic Strips 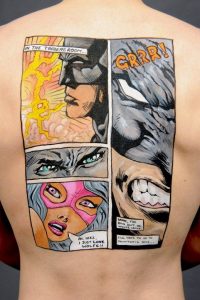 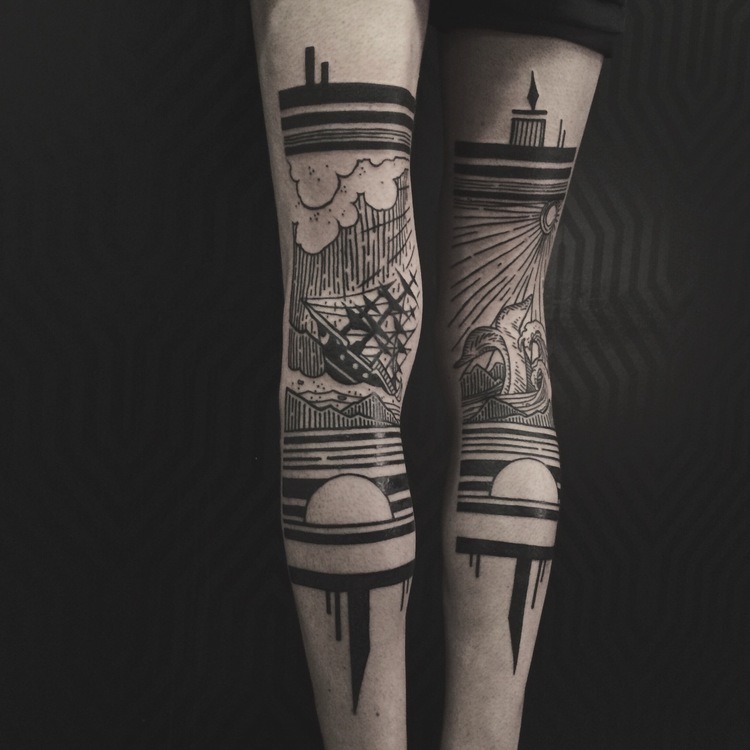 This is where we begin to enter the realm of possibility that tattoos can become a graphic novel.  Take a look at the set of tattoos on the left.  These tattoos fulfill every aspect of a comic that McCloud says it must.  Even with only two images, the story is there.  The first shows a ship on rough waters, the second shows the tail of a whale.  Is this a before and after picture?  Did the ship sink?  Did the whale take down the ship?  Is it one continuous image?  Is the ship hunting the whale like in Moby Dick?  The possible stories between these tattoos are endless (or close to it) and what separates these two images but the space between the girl’s legs; this space acts just like a gutter in a comic strip.  The gutter can imply everything or nothing depending on the viewer and that is where the story is created for these pieces.  So, looking back at McCloud’s definition of comics again: “Juxtaposed pictorial and other images in deliberate sequence, intended to convey information and/or to produce an ascetic response in the viewer,” do these tattoos add up to a comic?  There is certainly juxtaposition as well as imagery.  They seem to be in deliberate sequence and the lines at the top and bottom of each piece imply that they are meant to go together; they essentially act as the frame for each panel.  As I explained earlier, the information these are intended to convey could be any amount of things, but for the sake of simplicity, let’s just say yes, there is intent.  Even if it wasn’t information that they were trying to convey, I am certain that, at minimum, they exist to “produce an ascetic response in the viewer.”

Based off of Scott McCloud’s definition, yes, tattoos can be a graphic novel or comic, though I don’t think you’ll find one that is more than 2 or 3 images except on rare occasions.  Of course, as I mentioned earlier, there are tattoos of actual comic strips, but that honestly feels like cheating to me.