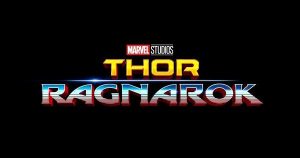 So, last night, I finished watching Thor: Ragnarok for the first time. It was an incredible movie but I didn’t expect anything less out of the MCU because they’ve been churning out hit after hit for years. But that got me thinking: why? Why does the MCU, out of all other franchises, work? Despite only having a few less than satisfactory movies, the MCU has been producing content that has been well received by fans and critics alike. It is probably the only franchise that is well-established and consistent. Other franchises (cough like DC cough) try to follow their lead only to pale in comparison. Though, that’s an entirely different rant I won’t get into right now. I don’t have an exact answer to my question but I may have a bit of insight into why they’re succeeding so much. 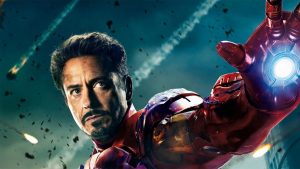 The Marvel Cinematic Universe starts, film chronologically, with Iron Man . Granted, it does technically start with The Incredible Hulk but given that Mark Ruffalo is the new Hulk and that The Incredible Hulk doesn’t relate to any of the other movies, I don’t include it. Anyway, I think the MCU’s success began with their casting choice. Making Robert Downey Jr. Tony Stark was probably the best decision they had ever made. Now, I could go on and on about how good an actor RDJ is but all I’m going to say is that he makes that character. He is that character. Just as how Captain Jack Sparrow in Pirates of the Caribbean is synonymous with Johnny Depp, RDJ is Tony Stark and vice versa. He makes that character likable and believable and someone that the audience can latch onto. Without a good Tony Stark, Iron Man would have flopped tremendously. Granted, Iron Man 2 was a severe disappointment but I don’t think that was RDJ’s fault. 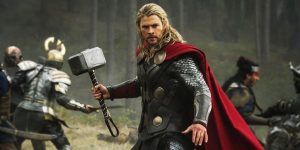 Iron Man provided a good foundation for the MCU to build upon and they’ve continued to build upon it for quite literally the last ten years. The release of Thor was just as successful and I think it was for the same reasons as Iron Man. Chris Hemsworth was a perfect Thor and just like RDJ, he made the character come to life on the big screen in a way that was funny and entertaining. It built upon Iron Man (maybe not Iron Man 2) and reminded us that, even three years after the first MCU movie came out, that this was a formidable franchise. Chris Evans as Captain America solidified this front with the release of Captain America: The First Avenger, the third franchise in the main MCU film trilogies. 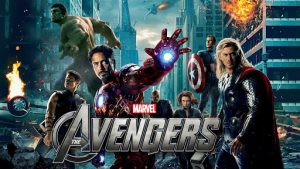 I think the MCU was probably the first franchise to make the movies within it relate in a way that worked. Captain America: The First Avenger was the first movie that definitively showed that each of the movies that had so far been released, related to each other. Howard Stark, Tony’s father, was in the film and so was Nick Fury who’s encounter with Steve Rogers at the end of the movie paved the way to The Avengers. The Avengers was the highly anticipated movie that finally brought together all the big names within the Marvel Comics. Most of the characters, save for Bruce Banner and technically Hawkeye, were already established characters either within their own movies or someone else’s. This was the first time the characters’ worlds bled together. Some of them clashed and some of them got along fantastically. The audience was shown that these characters all exist within the same universe and that they can easily interact with each other. Big names like Iron Man and Captain America actually shared the screen together. Each characters’ respective films had built up to this moment. The films gave the audience characters that were three dimensional and living in their own moments only to come together for the Avengers.

And all the characters’ respective movies after, have referenced each other or built upon the central narrative. These movies all exist within the same timeline and they were making sure the audience wouldn’t forget that. Black Widow and Nick Fury were in Captain America: The Winter Soldier, Bruce Banner was at the end of Iron Man 3, Black Panther was introduced in Civil War only to have his own standalone movie come out and there are many other points where the audience was shown that the movies still related to each other. 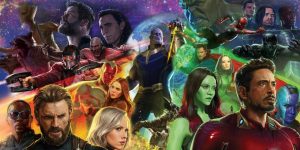 Now, after all of the main movies have come out, another significant movie is expected to be released, Infinity War. In this movie, almost every single character within the MCU movies will make an appearance. That includes characters that haven’t really interacted with the Avengers yet like the Guardians of the Galaxy and more or less Doctor Strange. All of their stories will converge around the infinity stones, powerful primordial artifacts that  were featured prominently within specific movies like The Avengers, Age of Ultron, Thor: The Dark World, Captain America, and Guardians of the Galaxy. Once again, the world building has led up to a specific point and all of these stories will converge once again. That’s what the MCU is able to do that no other franchise seems to get right. They make these interactions work because they’ve built up to it. Infinity war is going to be a good movie because it’s a Marvel movie.