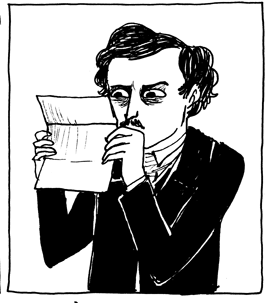 Comics have recently seen a rise in popularity after a prolonged radio silence, thanks in no small part to the new developments of online comics sharing (legal or not) and webcomics. Webcomics are online comics of varying genres and styles, usually appearing free online or through a subscription (usually via a business that publishes and pays for the artists’ stories). Many webcomic artists cite Japanese manga books as one of their main sources of inspiration, not so much American artists, which explains the softer, less realistic style that many webcomics use.

Other webcomic artists have a more cartoon-ish style, thanks to the cartoons that they had a passion for when they were younger. Some of these artists even work for companies like Cartoon Network (which Mary Clark had mentioned in a previous post about Rebecca Sugar) to assist in producing art and concepts for their shows. Still other artists are much more experimental, pulling their sources from all kinds of inspirations, from ancient works to modernism.

These webcomics have boosted public interest in comics in general, leading to physical publications through kickstarters, anthologies, and larger-scale publishers. Many artists showcase their comics and art at conventions like anime conventions, Comicons (though these are usually for bigger operations), and comics-centric events like Small Press Expo, which happened just this weekend and features primarily small-scale publishers and webcomic artists.

These comics typically address modern-day issues and have a wide variety of characterizations, giving no pause to what might be consumable or publishable – it’s a free, private operation, so why not? As a result you can find characters that are people of color, non-cisgender, non-heterosexual, not from the United States, and not your typical hero. And the story is good! These types of narratives are starting to challenge the norm in large-scale publishing and production companies, especially as webcomic-based companies start to grow and cause ripples in publication pools.

Furthermore, webcomics span across all types of genres and storylines. Some are serious, long-term narratives that easily translate into graphic novels, others are loosely connected stories or jokes. Some are kid-friendly, some not safe for work. Chances are there’s something for everyone who is interested in a good picture-based story.

There are some downsides to webcomics, however. Since they’re free and often a one-person operation, they don’t come out in chapters or volumes. The most common publishing schedule is usually two or three pages a week, which stretches a single project across several years and publishes maybe two or three books by the end of it. This is due to the fact that the artists usually don’t make enough money from the comic itself to sustain themselves through it. As a result, they have separate, full-time jobs or go to schools that require their attention while webcomic work remains a hobby. It’s not something to blame them for, but it is something to remember when an update gets skipped or if the comic goes quiet for a while. Just give it time, come back to it again later! Support the artist if they have a Patreon or Donate link! Let them know their work is appreciated. The more positive feedback they receive, the more they can do for the comics world surrounding them.

Of course, I’m not going to go into all of this discussion without giving more specific examples, so here are some excellent comics that are worth mentioning. The first one is Monsterkind, a long-term webcomic that addresses social issues in a colorful way. It’s still running and promises to keep going for a long time. And the artist behind it is really nice, too!

Another work is Sakana, a long-term webcomic based around a Japanese fish market at which two brothers work. This comic is a light-hearted, slice of life kind of story (for the most part). It’s written in comic strips as opposed to full pages like Monsterkind, if you’d rather see the whole page at once as you read. The author has also worked on Regular Show’s comics.

If you’d rather have short-term comics, Kate Beaton’s Hark! A Vagrant is a site that takes historical and literary events and turns them into hilarious comic strips. You might have seen some of her work online as reaction images! The site is currently on hiatus while the artist works on some personal projects. She just released her second children’s book, King Baby, and she’s working on a biographical story, but she hopes to have these projects done by the end of the year.

Postcards in Braille is another more short-term project, although this comic has consistent characters and a world built around it. Each new page or short series of pages usually has a full story arc in it, so it is easy to follow and fun to read.

Most of these comics have diverse characters and relationships, but if you’d like such themes to be more prominent, then I would recommend Iron Circus Comics, a small production company that focuses on diversity and queer comics throughout the narratives they publish (caution: many of their publications are not safe for work).

Of course, these recommendations are just a taste of the kinds of webcomics you can read. If you’d like to know more, let me know and I can give you additional titles to look into! You can also look at Hiveworks and Taptastic, which are web hosting companies that help out webcomics to ensure they have the opportunities to succeed.