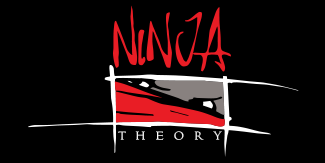 Last August, Ninja Theory self-published a third-person action game following the narrative of a Celtic woman journeying through the hell found in Norse mythology, titled Hellblade: Senua’s Sacrifice. During the development cycle this game made waves through its proposal and occupation of a space known as indie AAA, with identifying characteristics as a small team, a medium-sized budget, and publishing the game themselves instead of through a company like Activision or EA. This was a big gamble, for no developer had tried to make something with these specific constraints, but the more interesting story to myself was the incorporation of mental illness, specifically the symptoms of psychosis, as game mechanics.

The protagonist of this game, a Pict woman named Senua, has experienced a traumatic life with almost no breaks from the terrors and errors of her mind. At times she sees things that aren’t there, sometimes manifesting as malign nightmares or, if but few times, comforting memories. She’s constantly hounded by voices in her head, the number of these entities being anywhere between one and what seems like a hundred. Sometimes the voices offer encouragement, even advice on where enemies are attacking from during combat, but other times they tell her to turn back on her journey, to just lay down and die, and that she brought all of this suffering she seeks to correct on herself. As the player, you begin to wonder how much of the Norse lands you navigate are actually there, especially when the rocks, waterfalls, and other geographic features bend and twist into the visages of people from Senua’s past. The instability of Senua’s mind grants the player no moment of respite: the only way one can escape her perspective is to turn the game off completely.

As a long-time sufferer of mental illness, Ninja Theory’s representation quickly grabbed hold of my interest. From watching their developer diaries, I had a strong feeling that the company was going to create something incredibly accurate and unique for the medium of video games, and they did just that. I played through Hellblade’s entirety in one 7-hour sitting, for I could not imagine putting the controller down before the credits rolling. The emotional journey is well worth the time, but you will find yourself exhausted upon reaching its end. You might even cry, if you’re like myself. Melina Juergens accomplished an astounding performance for Senua, the combination of her expressions and her strength for staying in character alongside Ninja Theory’s excellent performance capture technology. If I were to teach a class on video game theory, this would be one of the titles where play would be required. Hellblade is meant to be experienced before it can be adequately discussed, and it’s something that will linger in your mind for the days or weeks to come upon completion. This is visual storytelling at its finest.

You can watch the trailer below and decide for yourself.

4 thoughts on “A Journey Through Hell: Mental Illness as a Game Mechanic”