Continuing the same sentiment as the previous article, I’d like to reiterated the same sentiments I had.  I don’t think Black Panther is a bad film, but I simply don’t see it as deserving the overwhelming amount of praise that it has received for many reasons.  In particular, the film isn’t that well thought-out.  A lot of it’s fun from an action standpoint, but it’s really not the kind of movie that one goes to for intellectual stimulation.  I already pointed out much of why the world-building doesn’t make sense.  Here, I’ll be talking more about why Wakanda itself is poorly conceived in addition to Black Panther’s political message.

Isn’t Wakanda supposed to be incredibly technologically advanced?  Why then does it incorporate all these third-world elements into its look, including thatched roof houses amidst metropolitan cityscapes?  Why do the Wakandan’s use spears?  Why are there farmers using sticks to create baskets or fences?  There’s also so many animals pelts strung up here and there, jars made of pottery.  Are the Wakandans importing/exporting these things?  Why, after centuries of advanced technology and people are still using the most basic of tools and building materials?

These are all questions burning in my mind as I watched Black Panther as I try to figure out why it drew such overwhelmingly positive responses from audiences.  What was I missing that everyone else wasn’t?

…or is it the other way around?

The political message enters the film soon after T’Challa’s coronation–this is something that has also been praised because of its relevance to current-year politics.  Nakia, T’Challa’s ex, wants him to share their technology with the world.

But why now?  Has this question been asked before?  Do the Wakandans have a particular reason for refusing to share their technology?  T’Challa has good reasons, sure.  But all he says is “We could lose our way of life.”  I’m not sure how this explains anything.  You’d think that after centuries of existing in their technological bubble, they’d have a good reason for never sharing their technology, much less extend the reach of their utopian society beyond the boundaries of their country.  But they haven’t for centuries?  The only possible reason I can fathom this question is being posed to T’Challa has nothing to do with Wakanda’s history, but rather it has been forced into the film because it is politically relevant to the current-year political narrative.

A more interesting narrative is presented and almost immediately dismissed from the character W’Kabi.  W’Kabi proposes that Wakanda simply conquer the rest of the world, but he’s dismissed by T’Challa.  Why after centuries are the Wakandans talking about these things as if they’ve never come up before in regular conversation?  It’s quite possible that the only reason I’d personally side with W’Kabi is because he’s being played by Daniel Kaluuya from the horror film Get Out (2017), but no I think W’Kabi actually has a point here that I wish the film would elaborate on and not be so easily dismissed by T’Challa’s “You do not know de wey.” 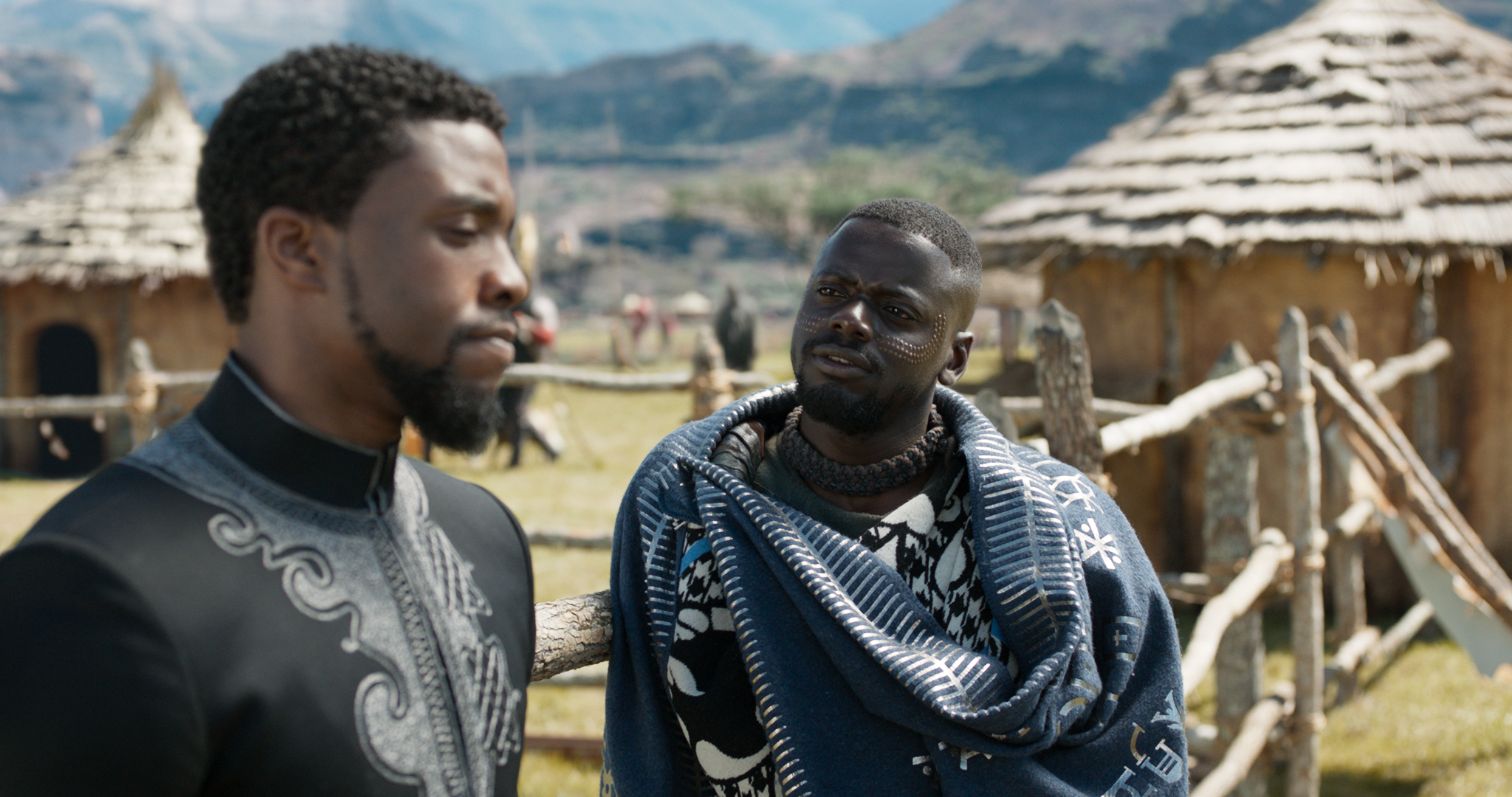 As the story continues, T’Challa has to locate the black market arms dealer Ulysses Klaue and bring him back for Wakandan justice.  It’s diffcult to determine how exactly Klaue has managed to evade Wakandan justice for 30 years given how advanced the Wakandan technology is presented.  They even branded him, giving him an identifying mark, yet they’re seemingly able to extract so much information with their “radar” tech but for whatever reason are unable to capture this man for 30 years?

More ridiculous still is when T’Challa gears up in a scene reminiscent of James Bond films where an Agent Q outfits him with an array of tech that will be useful in the field.  I say “ridiculous” because some of this tech isn’t actually used.  For instance, the “sneakers” really only exist as a throwaway pun.  T’Challa is equipped with these, but there isn’t an instance in the film where this new feature to his suit is used for any practical application.

When the Black Panther suits are introduced, I once again began to question the basics of Wakandan technology.  Is it possible that the Wakandan hierarchy was being stingy here–using most of their technology to create two or three suits while many of the citizenry were left to construct their third-world thatched roof houses and raise animals on farms enclosed by wooden fences?  Why hasn’t anyone sought to construct vibranium fences for the Rhino enclosures?  And am I lead to believe that the lower-class citizens have just let this happen for hundreds of years?  Where’s that political narrative?

There’s so much more I’d like to say about the film, so much more I haven’t gotten to in terms of how everything is laid out and given time I’d probably extend this into three or four parts.  However, I’ll end things here by repeating what I said before.  Black Panther is not necessarily a bad film.  However, it leaves so much more to be desired in terms of having received such an overwhelmingly positive response–including details like how it’s supposed to be amazingly politically relevant when in fact it cherry picks its politics. 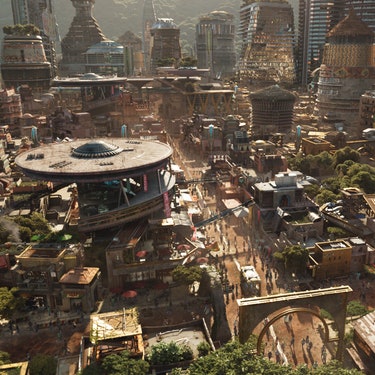 Armond White, a film critic who writes for the National Review, has an interesting commentary about why exactly the film has received such accolades:

“T’Challa’s superpowers, tight-fitting Panther outfit, and Shangri-La-style homeland (transferring the fabled El Dorado from the Western Hemisphere to Africa) distort actual history and anthropology the same way that TV, comic books, video games, and movies have supplanted traditional education and learning. Utopian Wakanda, hidden behind clouds and mountains away from European colonizers, resembles the faux-naïve heaven of the 1933 negro musical Green Pastures. But the old-timey Christianity in that film is now replaced by faux-naïve Afrocentricity, including clichéd tribal customs (T’Challa must fight challengers to his throne). During the radicalized 1960s, Green Pastures’ stereotypes were considered an outrage. Black Panther would seem similarly fake if people weren’t falling for it without question.”

Even after walking out of the theater stunned at how sub-par the film was compared to its praised, I felt the need to reevaluate all the themes presented by Black Panther and consider the fact that the reason that one might be attracted to them is because they’re based a Hollywood stereotype. Now, since I personally have not been thoroughly educated in what the “real thing” actually looks like, I might retreat to images that are familiar to me.  Stereotypes, in other words.  Things like thatched-roof house, rhinos, or the chanting in the background of “The Circle of Life” song at the beginning of The Lion King.  But is this really “African” culture? I’m not sure. However, what I do wonder is whether or not Black Panther works to exploit my ignorance of these things.

Based on Armond White’s article. What I think this film will be remembered for how it was marketed to an audience ripe to be exploited for their ignorance–including me.  Hype generated by exploitation of the race (and gender) identity politics of the day.