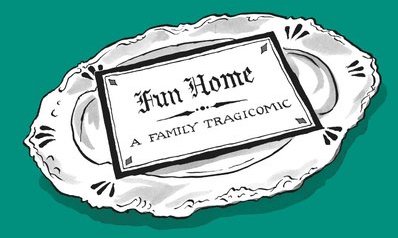 For class today, we began reading Fun Home by Alison Bechdel. This comic has a lot of controversy behind it, and there has been a lot of critique by others who have categorized it as a “pornographic” piece.

It is interesting to me that the sex scenes of this comic, as well as the blunt way in which the comic is written, has been analyzed so extensively.

In my opinion, I think controversy is important in comics, as well as in any other sort of literature or other medium of storytelling. Controversy creates a real and true outlook on the story that is being told, and opens everything up for conversation and debate.

I believe that a large reason of why Fun Home has been deemed so controversial is due in part to the fact that the topics she presents are being physically drawn, as opposed to explained through words. It is much different to read about sex than it is to visually see it.

However, I still commend her for making such blunt decisions throughout the telling of her story. Personally, I would not deem Fun Home as “pornographic” but the controversy that her frames present are still important for discussion. I believe that taking risks in a piece of work, no matter what the medium is, makes the work much more interesting and easier to discuss.

While there is sex portrayed in many comics, as well as other types of work, Fun Home seems to have taken more heat than others. While it may make the readers uncomfortable, I believe that if the writer believes it is necessary to the story, then it is necessary to the story. All writers and artists make conscious decisions into the work they create, and everything is done for a specific reason. Controversial or not, it was put into the story for a reason, and therefore it becomes an important and necessary component of it.

1 thought on “Controversy in Comics”