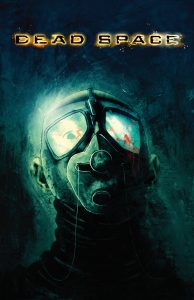 One of the most exciting moments I had with a comic book when I was younger involved decrypting an alien language, albeit with some incredibly basic steps. The Dead Space series has had a number of books, comics, movies, and video games released regarding its dark universe filled with creatures reanimated from the bodies of intrepid space explorers, but the comic series that came out in 2008 elicited an intense moment of interaction from my 13-year-old self. With the comic serving as a prequel to the events of the first video game, hidden throughout the heavily occupied panels, illustrated by Ben Templesmith, are these alignments of dots and squiggles that immediately come off as some sort of language. When I had finished reading the seven issues of the series, I needed to see if anyone out there had made sense of this strange alphabet, and I dove as deep as I could into message boards and forums in the Internet of 2008. After several hours of theory-crafting, I had a functional key for the 26 letters of the English alphabet to the 26 character Dead Space “marker” language. I proceeded to spend the next four or five hours decoding the messages spaced throughout the work, finding some disturbing warnings and promises that would key me in to several subplots throughout the soon-to-be-released video game. Dead Space was one of the defining experiences that made me want to get into a career involving video games, and I blame a significant part of that on this extra dimension of interactivity. 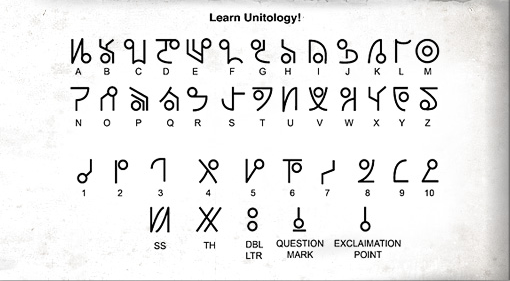 In the 90s, games didn’t have a lot of the features taken for granted in modern entries. Minimaps, for example, were often nonexistent, and skillful play was often reserved for those that took the time to create their own physical map using pencil and paper. With the advancement of technology, more and more capabilities were put into the actual game, but this left something to be desired. The feeling of solving a complicated puzzle in any video game is one of intense gratification, but I can’t think of many experiences more satisfying than deciphering the marker language and getting a leg up in the story of one of my favorite series. The effort was tiresome and complicated, but connecting all the dots outside of the game world itself built a more connected relationship with the world. This type of development is what has me quite excited for a recent release: Cypher.

Cypher is a first person game all about cryptography. The layout is similar to an incredibly modern museum, ranging from binary decoding to the types of system used in the Nazi enigma machine. There is a lot of writing down in this game, and multi-dimensional puzzles are some of the most interesting interactive mediums that I know of. The less you know about each puzzle going into it, the more rewarding experience you will have, and for $5 this is a wonderful exercise for your brain, and a great lesson into the ancient human art of keeping secrets.