The incredible hulk is one of my absolute favorite superheroes. From the anger, to the muscles and the smashing, he is an absolute hoss. As all Marvel fans have noticed the drastic position the hulk has taken in the Marvel universe, we are left to look back as to who hulk once was.

Throughout the years there have been three different hulks in cinematic screens and all have given different aspects of the green giant. As all may know, the “Hulk” which was released in 2003, and “The incredible Hulk” both did pretty poorly as far as fan appreciation and financial income. So let’s do a quick comparison. 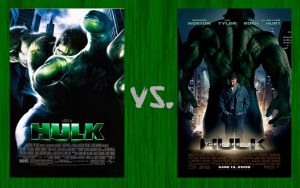 I personally liked “the incredible hulk” because of the growth in graphic and because of the villain. Compared to the origin story of Hulk in 2003, “the incredible hulk” had a very comical approach to it. After all it was meant to be a part of the avengers initiative. Yet in the origin story of “Hulk” we see a more humane side of hulk as he struggles with who he is. In the “Hulk” he is clumsy and is still trying to figure out his abilities while in the Incredible Hulk he seems more acute with his movements. Another factor is that the hulk was portrayed by a different actor both times. So with that my question remains, should make a comeback movie? After a terribly disappointing first movie and somewhat less terrible second movie can we make hulk better. 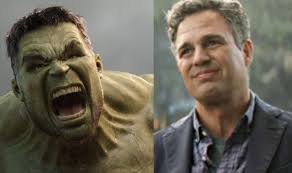 With our new banner we have a comical relief hulk who is still an essential part of the avengers. So does the hulk really need a comeback or are we happy with who he is now?