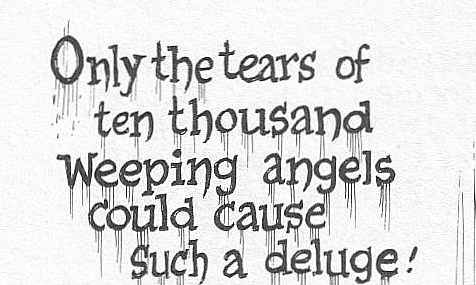 Before entering this class, I had very little knowledge on what exactly graphic novels were – I thought they were simply images with text used to tell a story. I was always under the impression that the text and images were separate entities from one another – that they stood alone and were meant to be viewed separately.

It wasn’t until I read A Contract With God that I started to realize that this wasn’t necessarily true. One part of that comic that I thought was really interesting was Will Eisner’s incorporation of text into the graphics of the comic itself.

In A Contract With God, the images and text didn’t stand alone – in many instances, the text became part of the graphic being used to tell the story. I thought this was a really interesting technique because it further encapsulated the emotion and intensity being driven throughout the frames. 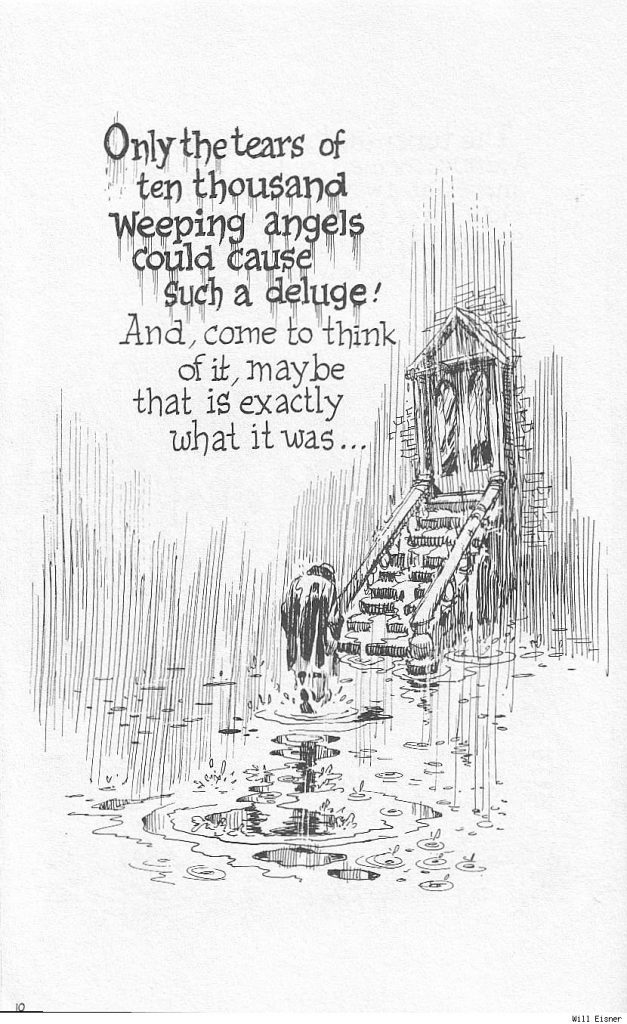 For example, in the image above, we see Fremme Hersh walking through the rain, with the text explaining what is happening – but that is not all. The text seems as if it is dripping as well, demonstrating how the entire frame is feeling the same somber emotions that Hersh is – from the image to the actual text itself.

This creates a powerful message within the frame because it creates a sort of life to the narration – it isn’t used as a separate embodiment for clarification, but is used in conjunction with the image itself. The entire frame is working together.